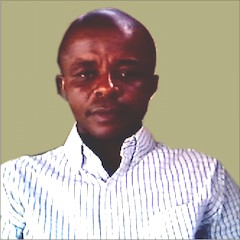 Ever since reports of incessant suicide took over our socioeconomic wavelengths, I have had the opportunity of reading different opinion articles by different writers, public affairs commentators and concerned citizens’- comments which I will safely but humbly describe as a counter, trans, cross and to some extent intercalary ideas.

To the vast majority of commentators, the scourge is but a social malady fueled by the current socioeconomic condition in the country. To others, it is a psychological problem accelerated by individual’s lifestyles which can only be reduced by individuals, while in the opinion of the rest, the sudden surge in suicide may not have occurred without a warning signal.

Indeed, for those of us who in the last months looked through reports of suicide-related incidents from places such as; the University of Ibadan, Oyo state, the University of Port Harcourt, Rivers state, Kogi state university and lately the Niger Delta University (NDU) Bayelsa state, it becomes evident that Nigeria is in a calamitous strait.

Essentially, it raises not just the imperativeness of finding the courage to provide answers to this grave problem by the government- via the development of collaborative and systematic redisgning of our nation’s economy, but exposed the consequence of our past failures which have erupted in the present uncontrolled experiment with attendant risks and indefinite outcome.

As to the cause of the appalling situation, I may not speak in concrete terms but I know that close to the entrenched distrust of the political leadership which characterizes our sphere, is the national vexation by the people who once lived in comfort and loved to stay alive as life was never a burden.

But today, life in their estimation has become not only a burden but the shout of the ‘good old days’ now rends the nations’ wavelength with the cost of living comparatively high and national security now a problem, our value system which used to be sound gradually been eroded and people no longer have value for hard work and honesty

The country is currently a direct opposite of what it used to be.

To further put issues where they belong, “Suicide, which is the act of intentionally causing one’s own death is committed primarily as a means for escaping pain or suffering. At times, involves intentionally taking one’s life and that life of others for religious belief –is committed by any category of people-the student, professional, artisan, teenager, matured individuals, male, and females.

Hence, it is more important to identify the symptoms than mere attempt to be safe.

Looking at commentaries, the heinous plan to commit suicide manifests through the following; depression, frequently talking about death, drastic but negative changes in mood and behaviour for example solitary behaviour, aggressiveness and irritations, unwarranted giving personal things away, and the making of personal funeral arrangements.

in concrete terms triggered by issues such as stress, disappointment, low self-esteem, frustration, academic challenges, health challenges, stigmatization, sense of hopelessness or no hope for the future, lack of Psycho-social support system, substance abuse which could be alcohol or drug, dying for a course which could be religious or family honour, bullying by friends and attention seeking syndrome.

But among these causative factors, economic hardship occupies the driver’s position.

As to what should be done, the important responsibility facing the Nigerian government should be the need to go beyond the call for the ban Sniper, a poisonous insecticide, and other toxic substances or lethal objects that have been used for this deliberate self-harm as a mere a palliative which only relieves temporal distress, but leaves the disease and its ravages unaffected. And tackle the challenges discussed above beginning with the nation’s economy/unemployment which is currently in bad shape.

Next to the government’s doubling of its effort to reduce the economic frustration in the country either through the creation of more jobs or a social scheme that will assist everyone who cannot afford to meet his or her needs with a monthly token as is done in some countries,

This present demand is to make the Nigerian entity and its integral parts, more resourceful, more acceptable, more creative, more functional and above all safer.

Other steps that will provide a solution to this present challenge from what experts are saying includes but not limited to; learning to forgive yourself and others, Paying attention to people around you, Engage in family re-orientation such as the promotion of our cultural values, sharing of a problem with people that can help out, seeking medical help from the post-trauma programme, people should be contented with what they have and must try as much as possible to live a stress-free life.

On their part, faith-based organizations and the civil society groups as change-agents should develop the people’s capacity to welcome new ideas, reject unwholesome behaviours that can endanger individual lives and that of the entire society.

Why all must join hands to tackle this challenge is that suicide has a direct impact on the individual and ripple effects to both the family and the nation.

Most importantly, our leaders may be ‘winning political positions’ but their inability to turn these victories into better lives for the youths through the development of the nation’s educational t sector where youths can learn that failing an examination is not the end of the world, is casting a question on their integrity.

5g, God's Generals And The Hordes Of Mordor

Boko Haram Is Still Very Much Here And Ever So Deadly