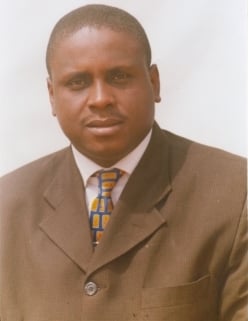 The Taiwan’s parliament has just voted to legalise same-sex marriage, making it the first country in Asia to do so. The legislation is now awaiting the president’s signature to take effect. It is about joining other nations that have legalised homosexuality. They are about to make the worst mistake as a nation and they will pay heavily for it. But where will this unfortunate, iniquitous decision take the Taiwanese to. First, we must say that homosexuality is not just a sin against God, but against nature and humanity. There is no natural, emotional or spiritual provision for a man to sexually relate to another man or a woman to a woman. Look at the sexual organs, the emotional and physical makeup. Do they in any way suggest or support same-sex relationship? No! People simply go into this highest degree of depravity because of satanic deception, possession, and association. Or what else will make somebody to be sexually attracted to same-sex? Tell me. Sure, demons, filthiness and mental derangement must be playing role in this satanic onslaught against humanity. You already know that this practice is common and plays a very important role in worship of Satan, especially in acquiring power and wealth.


Today, this absurdity which is strongly sponsored by the Western world is spreading like wild fire and as we can see is about breaking into Asia. These depraved Western powers and leaders still dangle homosexuality for grants, loan, political and economic assistance in the face of their dependants and poor third world countries and this is very shameful. I hope Taiwan is not a typical case. Even very big businesses propagate this immorality. I remember one of the world’s biggest marketing/publishers refused my book on this subject (Homosexuality: The Occult, Health and Psychological Dimensions). Another in Europe did the same and is also organising yearly writing competitions to support this most terrible sinful behavior. The translators in these countries also reject anything against this practice. In fact, one actually told me that the behavior is natural, that even animals do it. What a shame? So, we now compare ourselves with animals: beasts and birds, lower creatures? Yes. Just imagine that level of depravity.

But I still remember that man was made in the image of the creator and not at the level or likeness of animals. So, even if it is true the any bird or rodent once in a while misbehave this way, are you also an animal, or a beast?? But I know that all the animals and birds that I have seen know and behave better than these people. They naturally have affairs with the opposite sex. The males relate to the females and vice versa.

Now, what will be the fate of all these sexual deviants and their promoters? Sure, they will not escape the wrath of God. And it will come in form of strange sickness and diseases, war, natural disasters and crises, violent and strange deaths, spiritual deaths and rejection, unending wars and conflicts, economic crises and failure, restlessness and defeats, etc. The word of God strongly condemns homosexuality and all other forms of sexual sins. At the time of Noah, the whole world was wiped away because humans were sleeping with demons, producing corrupted mysterious giants as offspring. Sodom and Gomorrah were totally destroyed because of homosexuality. Today, humanity is still suffering because of the marital and sexual misadventures of the great Abraham and David. Now, if God did not spare these people, how do you think that today’s gays, their promoters and those nations supporting them will go unpunished? I again urgently urge President Tsai Ing-wen, the parliament and people of Taiwan to jettison this ungodly move.

Obasanjoa��s Clarion Call And What Politics Is All About

2019A�A�decalogue For The Next Governor Of Imo State

7 thoughts on “Taiwan and same-sex law”