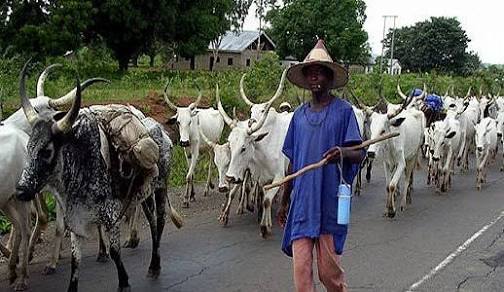 Much of the impact of indigenous proverbs are lost when they are translated from their native tongues into other languages. There is an Igbo proverb that goes like this in the Asaba dialect, a�?oya gbalu nmadu ama adi egbu-e.a�? Literally, it translates thus. The sickness that gives someone notice, ought not to kill them – except of course if they are careless.

Nigerians have been put on friendly notice. And I repeat it here for the sake of the gullible and the forgetful. Terrorists do not make for good neighbors. They did not yesterday. They do not today. And they will never be good neighbors in the future. Harbor them at your own peril.

After thousands of innocent Nigerian lives have been irreparably lost to Fulani herdsmen-terrorists. After hundreds of thousands of indigenous peoples have been bleached from their ancestral lands and now seek refuge inside their own country as internally displaced persons.

After three wasted years of aiding and abetting unparalleled internal terrorism. The ghastly Buhari Administration has now arrived at the conclusion that ranching which it resisted all along is the way forward. More insidiously it is still obstinately intent in sticking its bloody fingers and the Federal Governmenta��s nose into what is essentially private business.

Hear the mercurial Dave Umahi, governor of Ebonyi State speaking after a meeting of the National Economic Council. I am paraphrasing him here based on media reports: a�?the National Economic Council has banned the free movement of herdsmen in the country starting with Benue, Taraba, Adamawa, Kaduna and Plateau Statesa��a��the council in order to provide a solution to the killings by herdsmen also approved the creation of ranches across the countrya��the five most affected states are expected to make land available for ranches(emphasis mine).a�?

As this writer has been warning for the last three years, the prime agenda of the Buhari Administration is Fulani expansionism via the sowing of weeds i.e. the resettlement and embedment of Fulani herdsmen-terrorists in all the 36 states of Nigeria. Whether it calls it a�?grazing territorya�?, or a�?cattle colonya�? or now a�?ranchinga�?, the goal remains the same. That goal is the embedment of herdsmen-terrorists across the length and breadth of the country in furtherance of their territorial expansionism agenda.

The authors and finishers of herdsmen-terrorism in Nigeria, who are the people calling the shots and who are based in Abuja know why they instigated the recent spike in herdsmen-terrorism in the country. It was for a moment such as this. Their chilling calculation was that indigenous people will be wearied by these unprecedented killings and be stampeded into suing for peace at any cost.

For a good blow-by-blow forecast and accurate prediction of their strategy of hegemonic-expansionism, the curious reader may refer to this writera��s satirical piece initially published a couple of years ago as a�?Ali Banza and the Forty Herdsmen.a�� It was later revised and re-published as a�?Ali Banza and the 40 Terrorists a couple of months ago.a��

My message to Nigerians is simple. Stand firmand do not be wearied by these terrorist killings. They shall pass away. They shall soon end. The wicked expansionists have played their last card other than handing over power to their military wing.

Cattle rearing is a private business. That it is the number one administrative priority of the ghastly Buhari Administration, and not the security, safety and well-being of Nigerians should tell everyone there is a sinister agenda afoot.

It has now become a patriotic duty and a generational responsibility to judiciously take out the ghastly Buhari Administration. Go get your voters card today and take out President Buhari electorally, before he takes all of usdown existentially.

Basically, the only wages Nigerians have received for electing the Buhari Administration is blood, violence and death. If Nigerians dona��t take out the authors and finishers of electoral and ethnic violence (a.k.a. the blood of dogs and baboons will mingle together) with their votes, they will take Nigerians down to their early graves with their terrorism.

Remember that a�?oya gbalu nmadu ama, adiegbuea��. The sickness that gives someone notice, should not kill them. And never you forget that terrorists do not make good neighbors.

Dissolution Of Oyo Council: A Recrudescence Of Executive Error