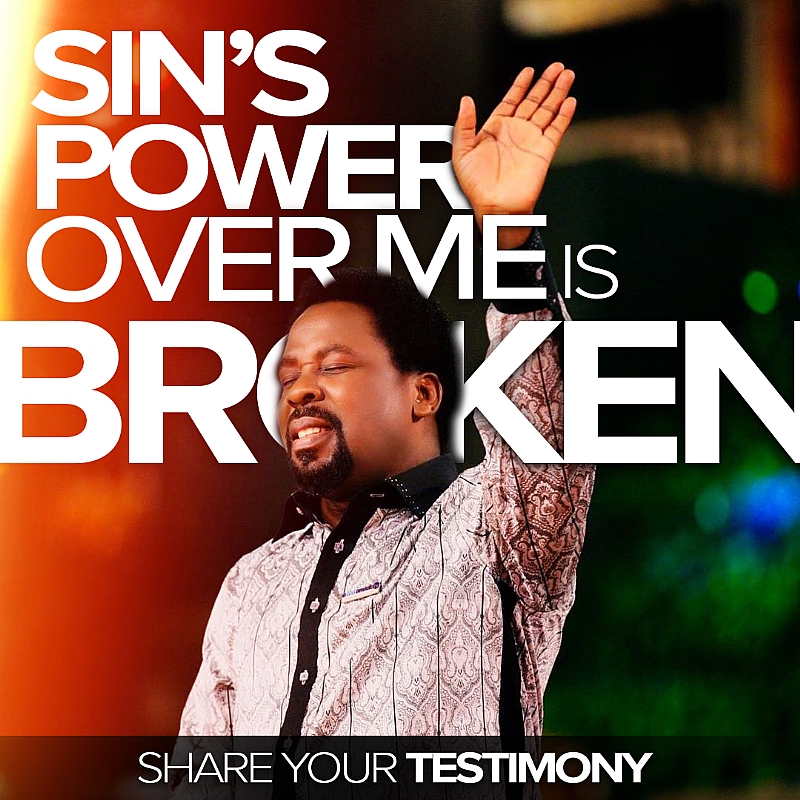 Popular Nigerian cleric, T.B. Joshua, has released an ‘anointed song’ with many people taking to social media to share instant ‘testimonies’ after hearing it.

Joshua composed a song titled, ‘Sin’s Power Over Me Is Broken’, which has been well-received by his teeming followers worldwide and viewed almost 100,000 times on YouTube within days.

“You can use it as a prayer,” he told congregants at The Synagogue, Church Of All Nations (SCOAN). “You can also meditate on this while you are about to sleep.”

After its release, many have shared testimony about the impact of the ‘anointed song’ in their lives.

“I went to sleep last night with this song,” wrote Stacy Faith Patrice on Facebook, who stated she saw herself receiving prayer from T.B. Joshua in her dream upon which she vomited many “white stones.”

After waking up, Patrice stated that the tonsil problems that plagued her and her family had miraculously disappeared.

“I sang this song since Sunday and I just saw my menstruation which had ceased,” testified Mabongi from South Africa.

According to Tawona Chirambo, whilst singing the song, “I suddenly started vomiting something like blood” after which she discovered the strange pains in her stomach had gone.

Raymond Nkonosawa from Malawi stated he “sensed power touching me” as he sang the song on Emmanuel TV. “I started experiencing a drastic change in my marriage and finances – I made the biggest sale in my business the next day,” he wrote.

A Zambian named Bwembya Kopulande stated, “I have been singing this song since Sunday and I just received a message that what I was waiting for has been granted me at my work place!”

Lizette Tume wrote in a YouTube comment that she sang the song before sleeping. “When a masquerade was coming to chase me, I started singing the song in my dream and I couldn’t see them again,” she wrote.

Cikizwa Mabaso from Cape Town, South Africa testified that she received healing from severe leg pain after falling asleep whilst listening to the song on YouTube.

According to her, she saw Joshua praying with her in a dream. “When I woke up, my leg was healed. I received my deliverance through this amazing song,” she joyfully stated.

Memory from UK said career breakthrough came her way after she sang the song. “The whole week I have been singing the song and now I was given a new contract at my workplace,” she wrote.

Didinho Ketshotseng from Botswana wrote that he was singing the song during his examinations in the Department of Road and Safety. “I was singing this song until I finished the exam and I passed,” he stated on Facebook.

Voni Pataka, a South African, admitted that he would sleep with women in his dreams but “since this song was introduced to us,” he has not had such an experience.

Alicia Enrique wrote, “I had a very sharp pain in my abdomen, so when I was sleeping I started singing this song in my dreams. I was sweating and I could feel the pain moving out of my feet. I am healed right now!”

Ihechukwu Njoku is a freelance writer on religious affairs