Tensions flare in Zambia as critics see slide to

Tensions flare in Zambia as critics see slide to 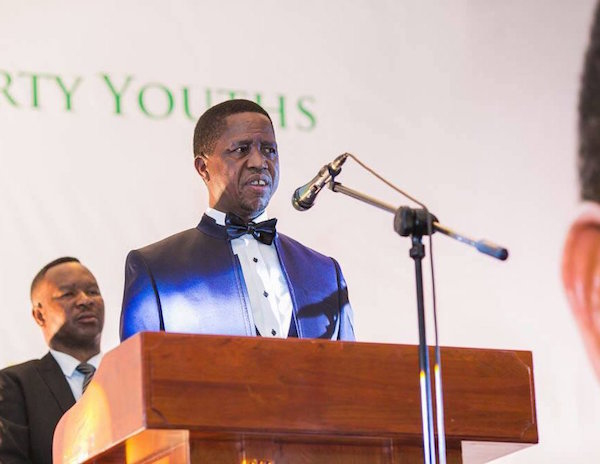 Lusaka – Nearly a year after coming to power in a contested election, Zambian President Edgar Lungu is facing a growing chorus of criticism over his government’s moves to clamp down on dissent.

“Zambia eminently qualifies to be branded a dictatorship,” the country’s religious leaders said in a rare statement on Friday, the latest sign that opposition to Lungu’s authority is spreading.

At the heart of the tensions is the arrest and continued detention of opposition leader Hakainde Hichilema, a wealthy businessman who has run for president five times, and narrowly lost out to Lungu last August.

His United Party for National Development (UPND) unsuccessfully tried to contest what it called a stolen election, and in April Hichilema was arrested on treason charges after his convoy allegedly refused to give way to the presidential motorcade.

He has since been moved to a maximum security prison and it is unclear when he will return to court.

In the meantime, the authorities have kept up pressure on his supporters, including blocking a prominent South African opposition leader from attending Hichilema’s trial last month.

“Hakainde’s arrest for treason was at first dismissed as an intimidatory gimmick by president Lungu,” said Telesphore Mpundu, the archbishop of the Lusaka diocese, but “outrage over Hichilema’s arrest and incarceration is growing.”

Treason is a non-bailable offence in Zambia, with a minimum jail term of 15 years and a maximum sentence of death.

And Lungu himself did not mince his words during last year’s campaign, warning political rivals and activists that “if they push me against the wall, I will sacrifice democracy for peace.”

The government has also increased pressure on media outlets that support the opposition, further eroding Zambia’s longstanding reputation as a stable democracy.

Tensions are mounting even as the government battles slowing economic growth after prices plunged for copper, the country’s key export, leading to soaring inflation and unemployment.

“We have to see the violent arrest and subsequent detention of Hichilema, and the suspension of the 48 opposition lawmakers, in a much wider context,” said Sishuwa Sishuwa, a politics lecturer at the University of Zambia.

“One that has seen the critical free press stifled and eventually shut, a number of nonstate actors such as trade unions and religious organisations co-opted or muted, and free speech effectively suppressed,” he said.

The government has dismissed the claims.

“What crisis? There is no crisis,” Lungu told journalists Friday after the church leaders’ statement.

Earlier in the week, government spokeswoman Mulenga Kampamba told AFP: “Who tells you the country is sliding into a dictatorship? We are a democratic country where state institutions are operating without any interference.”

But such claims have failed to sway many outside observers, with Amnesty International’s Southern Africa director Deprose Muchena warning in April that Hichilema and his aides were “victims of longstanding persecution” by the authorities, facing charges that are designed to “harass and intimidate”.

For Lungu’s critics, his intentions of silencing Hichilema have been made brutally clear.

Earlier this year, a senior official in Lungu’s Patriotic Front party hinted that the government was losing its patience.

“He should take note that we will treat him the way a rat is treated if you want to catch it, for those of us who eat mbeba (rats) we know how to catch a rat,” said deputy secretary general Mumbi Phiri.

“It is time that we confined him to the dustbins of political history.”

Another Police Cell Break Averted At Police Headquarters In Bayelsa