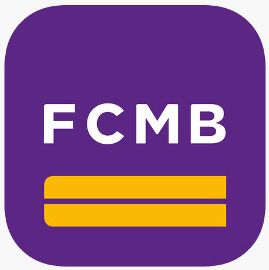 These are very bad times for customers of First City Monument Bank (FCMB) as the bank appears to have lost its security edge over their competitors. In what some industry observers have termed the biggest theft of customers’ deposit, nine members of the bank staff have made away with a total sum of N500 million, and their whereabouts remain unknown, though the Nigeria Police have secured an arrest warrant from a magistrate court in Lagos to effect the arrest of the suspected fraudulent staff fingered in the heist.

The suspects have been found to fleece depositors of their hard earned money through numerous crafty means. Ogunlaja and Chekwube were found to have fraudulently authorised overdraft totalling three hundred and eighty eight million naira (N388 million). Another duo was discovered to have fraudulently transferred customers’ monies to other accounts and closed the accounts without consent or authorisation from the accounts’ holders while others blatantly stole customers’ deposits undetected by the bank, which is fast becoming a safe haven for fraudsters perpetrating sophisticated scams.

FCMB customers’ accounts have continued to experience systematic theft for quite some time. Not a few industry watchers now cast aspersion on the Adam Nuru-led bank’s claims of being one of the most trustworthy financial institutions in Nigeria. Only recently, a staffer of the bank, Adejare Sonde (now relieved of his job), was arraigned on 12-count charge bordering on stealing N124 million of a depositor’s account.

The case was instituted by the Economic and Financial Crimes Commission at a State High Court sitting in Abeokuta, Ogun State. Sonde was accused of using his position as the account officer to a micro-finance bank to steal N124 million from the customer’s account. The petitioner, EFCC, alleged that Sonde collected cash from the micro-finance bank on several occasions totaling N124 million which were not credited into the customer’s account.

Further investigations revealed that the defendant (Sonde) allegedly doctored emails which he sent to the micro-finance bank as monthly statements of account, while there was no remittance in the account.

In the same vein, two officials of the bank, identified as Walter Ekomaye and Ebenezer Adelowo, were also arraigned on January 19, 2018 for allegedly making illegal withdrawal of N23 million from customers’ accounts and stealing N17.5 million from Automated Teller Machine (ATM) deposits.

Nigeria heading into its worst recession in over 30 years – IMF