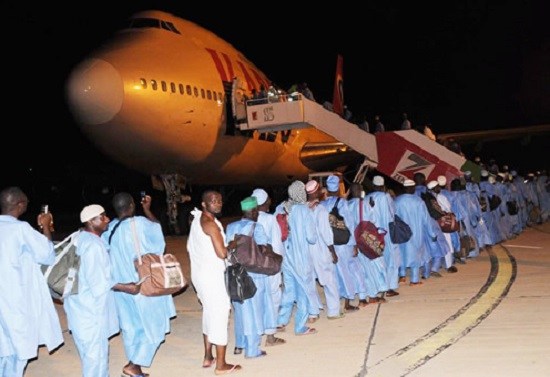 Although there were speculations that the 2018 Hajj fares may be higher than that of 2017, it is a great achievement for the National Hajj Commission of Nigeria (NAHCON) to bring the fares down. Some quarters had claimed that the fares may be N2million, apparently owing to the fact that the fares had been on the increase, however slight, in the past. In addition, those who speculated the high cost were out to debase the great achievements of NAHCON under the President Muhammadu Buhari administration.

NAHCON has made tremendous improvement in the administration of Hajj in Nigeria in the last few years, but the change mantra of the current federal government has been more pronounced in the commission more than ever. Every intending pilgrim for 2018 Hajj will pay less between 50 and 100 thousand naira against what pilgrims paid for 2017 Hajj. Kudos to NAHCON!

With this, intending pilgrims who had deposited up to N1.5 million with their various state Muslim Pilgrims’ Welfare Boards/Commissions and Agencies have been directed to collect their balances from their boards. This is good news for the Muslim Ummah in general and the intending pilgrims in particular. It is also commendable on the part of NAHCON, amidst new economic policies that affect Hajj operations in the host country, Saudi Arabia.

How NAHCON came about this reduction is important to mention. In 2017, NAHCON eliminated all the accommodation agents in Saudi Arabia and dealt directly with the landlords. That initiative yielded a great difference in the amount paid by the pilgrims for their accommodation in Makkah and Madinah. The pilgrims paid less and got same or better hotels that they used to pay twice for, in addition to heavy sums of money swindled from their various state governments by the chains of agents in the name of augmentation. This year, NAHCON employed the same method which has come to stay. With the controversies that the 2017 Hajj fares raised in mind, NAHCON in collaboration with members of the Nigerian diplomatic corps in the Kingdom of Saudi Arabia and states’ officials engaged the landlords in marathon and intensive negotiations that further crashed the costs of the accommodations in Makkah and Madinah.

All other charges by the different Saudi Arabian Hajj agencies were renegotiated, though some have been fixed and unchangeable while others have increased by over 200 percent. Whatever Saudi Arabia charges for the services it provides the pilgrims cannot be challenged by Nigeria alone because all their policies are for all countries of the world, not for Nigeria in isolation. NAHCON also negotiated with the state boards to reduce local charges collected by the states.

The only additional money which will be paid by intending pilgrims will be the 2,000 Saudi Riyals (two thousand Saudi Riyals) which is about N163,000.00 (One hundred and sixty three thousand naira only) by old timers – repeaters of Hajj. The money is a levy imposed by Saudi Arabian government since last year. Depending on the type of Hajj an individual pilgrim wishes to perform: Ifrad, Qiran or Tamattu’, about N40,000 will be paid by the pilgrim for Hadaya – the sacrificial animal Hajj rite. This means that it is optional and only applicable to some pilgrims as the case may be.

That is why NAHCON has not included it in the entire Hajj package. However, the commission since few years ago appointed Ja’iz Bank for collection of Hadaya fees from Nigerian pilgrims for onward delivery to the Islamic Development Bank (IDB) in Saudi Arabia through the Central Bank of Nigeria (CBN). For 2018 Hajj, the agreement was sealed at the NAHCON headquarters with the presence of the Managing Director and Chief Executive Officer of Jai’z, Hassan Usman, the Deputy Managing Director of the bank (DMD), Mahe Abubakar, secretary, Rukayyat Salaudeen and the bank’s branch manager, Yusuf Isa Jonge. NAHCON insisted on transparency and the need to build pilgrims’ confidence in the process. The bank assured that despite the fact that IDB only issues electronic receipts to its clients through sms alert, it will explore ways to print such receipts for individual pilgrims instead of the past practice where they print bulk receipts for states.

As far as the 2018 Hajj fares are concerned, pilgrims of the Federal Capital Territory paid N1,538,218.62 last year. They are paying N1,492,867.50. This translates to a reduction of N45,351.47 from the fare paid last year. The package includes a flat Basic Travel Allowance (BTA) of $800.00 (eight hundred US dollars) equivalent to N244,000 at the official rate. The new BTA regime was approved by the National Hajj Commission of Nigeria for all intending pilgrims. The policy began last year. The era of minimum fare with $750 BTA, medium fare with a BTA of $1,000 and maximum fare with $1,500 BTA has been abolished by NAHCON because of the sharp practices that used to mar the opportunity. It was found to be a source through which highly placed people advanced personal financial gains especially by amassing illegitimate wealth against the purpose it was supposed to serve. NAHCON also discovered how some pilgrims were shortchanged by their officials. The official exchange rate this year is N305 to US$1 as it was last year. This is applicable to both Muslim and Christian pilgrims.

Unfortunately, NAHCON has continued to battle with late registration by Nigerian pilgrims who always turn their focus on Hajj matters after the month of Ramadan. The commission had set March 31, 2018 as deadline for registration of the 2018 pilgrims but had to extend it because of the attitude of Muslims in Nigeria as it relates to Hajj. Most of the pilgrims are often from the rural areas and despite the awareness campaigns by NAHCON on early preparations/registrations/payments to ensure securing better services that are keenly contested for by other pilgrims of the world, the case has remained worrisome every year. NAHCON and states should do something about this because failure to secure better services in the Kingdom for intending pilgrims will not be counted against the pilgrims but on the federal and state Hajj administrations.

With this laudable achievement of reduction of 2018 Hajj fares, it is hoped that the 95,000 Hajj slots allocated to Nigeria by the Saudi government for this year’s Hajj will be completely utilized as a strong evidence for any demand for increase of allocation in future Hajj exercises.

Gov Okorocha & Eze Madumere: Who Is The Most Ungrateful?: A Question Sam Onwuemeodo Must Answer

Fifth Columnists In Our Recent History