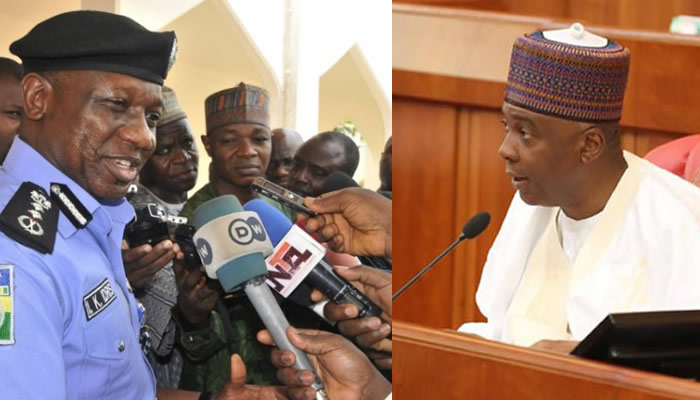 My intervention in this piece is to separate the law on the matter. The Senate is claiming her power to summon any person in Nigeria is derived from Sections 88 and 89(1)(c) of the Constitution of the Federal Republic of Nigeria, 1999 (as amended) (subsequently referred to as ‘the Constitution’) as reproduced infra: Section 88 (1): “Subject to the provisions of this Constitution, each House of the National Assembly shall have power by resolution published in its journal or in the Official Gazette of the Government of the Federation to direct or cause to be directed investigation into – (a) any matter or thing with respect to which it has power to make laws, and (b) the conduct of affairs of any person, authority, ministry or government department charged, or intended to be charged, with the duty of or responsibility for – (i) executing or administering laws enacted by National Assembly, and (ii) disbursing or administering moneys appropriated or to be appropriated by the National Assembly.”

Section 88 (1)88 (2) The powers conferred on the National Assembly under the provisions of this section are exercisable only for the purpose of enabling it to;

I will like to draw the attention of the Senate to Section 67 of the Constitution of the Federal Republic of Nigeria, 1999 (as amended) (subsequently referred to as ‘the Constitution’) as reproduced infra: (1) The President may attend any joint meeting of the National Assembly or any meeting of either House of the National Assembly, either to deliver an address on national affairs including fiscal measures, or to make such statement on the policy of government as he considers to be of national importance.

(2) A MINISTER of the Government of the Federation attend either House of the National Assembly if invited to express to the House the conduct of his Ministry, and in particular when the affairs of that Ministry are under discussion.

From the above, there is no such power given to the National Assembly by the Constitution to summon the Inspector General of Police. It may interest Nigerians to know that it is only the Council of State, which comprises of former Head of States has the power to ratified the appointment and dismissal of service chiefs including the Inspector General of Police after notifying the President of the Federal Republic of Nigeria.

Due to exposure of the Senate to intimidate and coerced the Inspector General of Police on the case of Senator Dino Melaye, the Senate Spokesperson quickly claimed that event has overtaken the summon of the IGP on the issue of Dino Melaye and if truly the Senate cannot investigate a matter which is a subject of litigation based on the sub judice rule. Admittedly, this rule is cognisable under Order 53(5) of the Senate Standing Orders 2015, (as amended) which states that “Reference shall not be made to any matter on which a judicial decision is pending in such a way as might in the opinion of the President of the Senate prejudice the interest of parties thereto.”

From the above dissect, it shows that the Nigerian senate, a pivot in the tripod of democracy, has become comfortably ineffectual and grossly spineless. What we have now is just an institutional skeleton, without blood or muscle.

That the Senate is today a lure of derision, mockery and insults is of its own making. The upper legislative chamber got hoisted by its own petard. As matter of fact, the Senate is the most hated of all government institutions, and it is fast losing relevance.

Adewole Kehinde is a public affairs analyst based in Abuja. [email protected]

The 10 Urgent Steps To Addressing The Herder-Farmer Terror Crisis