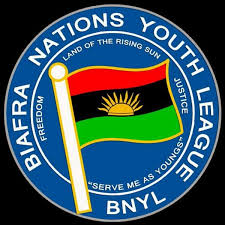 The Biafra Nations Youth League, BNYL, has said that the group will be holding its annual convention every April 12 of the year to mark the group declaration in Cross River State. The Deputy Leader 1 of the BNYL, and Head of Operations, BBS Online TV, Ebuta Ogar Takon said the convention will be to mark the Ekukunela Declaration which the BNYL made in the Ejagham town of Ekukunela, Ofutop in Ikom LGA, Cross River State on the 12 April, 2016.

Takon said that “the historic resolution formed the major guidline of the BNYL. As from next year, we shall make copies available to our elders and get them to endorse it”. He disclosed that the resolution helped to unite members of the group and its supporters especially in the South-south of Nigeria which enhanced cooperation among them and the Southern Cameroons separatists respectively.

Speaking further, he said that the move came after the first BNYL Congress held in Uyo on Fedruary 20, 2016 with delegates from Southern Cameroons led by the Deputy Leader of the Ambazonia Governing Council. AGC Applauded Prince who he said is currently in prison in Cameroon and a similar congress with her members was also held at Ikom before the announcement of the resolution in the presence of the Ejagham speaking youths.

BNYL said that the Ekukunela Declaration answered some question on territorial integrity of Biafra which some Nigeria loyalists has been disputing the British conspiracy as well as the blockade and nemesis of Biafra war over the Bakassi Peninsula.

The group called on the people of South-east and South-south to think beyond ethnicity adding that members of the group have taken their destiny in their own hands.

Takon said the group will not allow anybody to toy with the Biafra agitators’ efforts especially that which the group has been able to make in past years.