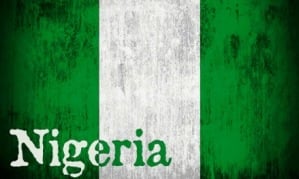 It seems impossible to get my head around some development in fatherland.

Sometimes, I feel the urge to either scream or weep whenever I ruminate over the numerous problems faced by my very own people. Both options; scream or weep tends to be inconsequential to the situation on ground. So I encouraged myself to scribble out my opinions on some, if not all of these matters. I am sure this will save me from constant migraine and of course, could make an impact on the few that have the opportunity to read the write-up. I am quite aware that, reading itself is no longer trendy in Nigeria; one of the issues to be analysed in this write-up.

It is no gainsaying to allege that Nigeria is a class driven society. The classical model of social stratification in most class societies would be; the upper class, middle class and the lower class. However, the reverse seems to be the case in Nigeria. It is either you are stupendously wealthy putting you in the upper class or you manage to make ends meet and that puts you in the lower class.

The gap between the wealthy and the poor in Nigeria is unimaginable. To make matters worse your geographical location in Nigeria also has a role to play in the class you belong, a so-called rich man in my little Jerusalem; Okeigbo may amount to nothing if he decides to move to cosmopolitan cities such as Abuja or Lagos where his few millions would no longer make sense as an effect of the cost of living in such area. Inflation has eaten deep into our economy.

09 April 2018 I applaud the President of the Federal Republic of Nigeria for coming out to declare in intention to seek re-election in the 2019 presidential election. Yes, APPLAUD, you heard me righta��. Notwithstanding how ironic or sarcastic this may sound, considering my grievance in the previous paragraph; sincerely I applaud him for obvious reasons which will be clear as you read on. According to Vanguardngr.com, the President stated that a�?he was responding to the clamour by Nigerians to re-contesta�? hence, his declaration. From the depth of my heart, I believe PMB and I am sure some people clamoured or talked him to re-contesting. That said, this does not make me an APC or any other party member. I am just a concerned Nigerian.

Here is the change we asked for some three years ago!

If the 2019 Presidential election is business as usual; the highest bidder would take it all! The few elites showing their grievances on different social mediums must not take it for granted that the bulk of votes come from those masses that do not have access to internet or lack proper education. In like manner, a good number of people who do not cast their votes are equally responsible for the choice of a bad leader.

I have seen people in abject poverty in these past years, I have had to make sacrifices for friends and family members in dare need at the expense of my comfort. I have first-hand experience of increased price of essential food items with no significant change to wages. The crude death rate for 2017 in Nigeria is 12.4 out of 1000 while in my place of domicile, Ireland is 6.4. The latter is quite low due to the fact that, access to healthcare is not hindered while in the case of the former, all obituary posters carry the a�?UNTIMELY DEATHa�? slogan. It is often so because, most of these deaths are avoidable should we have good government in place. Bad roads and poor medical facilities increase the risk of death. The Nigerian government has a a�?poor attitudea�? towards financing healthcare, a national newspaper stated recently. To make its case, it compared Nigeriaa��s health spends to that of South Africa. When adjusted for the costs of living, Nigeriaa��s per capita spend on healthcare was PPP$215 in 2015, while South Africa’s was PPP$1,086 also five times more. a�?It has been reported that South Africa spends about seven times more per head on healthcare than Nigeria does,a�? This Daya��s article noted.

But Alas, we remain the giant of Africa; size and economy.

We had a choice between the two evils (PDP, APC& others) in 2015; we chose the lesser evil, APC with the hope that things will get better. We hoped for the CHANGE!

I will be bias to say there has not been any significant change since 2015. There are a good number of them which includes the EFCCa��s bid to recover our commonwealth (I do not want to address the issue of whether or not the war against corruption is targeted at the opposition or not for the sake of time and space), some road construction and railway completed among other things. I also listened to a lot of well-articulated and foreign accented speech delivered by our Hon. Minister of Finance, Kemi Adeosun which does make some sense theoretically. Where are the jobs for common men? Academic excellence no longer matters to get the juiciest offer. I actually thought that was going to change with PMB led administration until I realised Baba himself was putting square peg in round holes when he selected his cabinet members.

The only way we can measure physical progress of the masses is through their standard of living. The masses are suffering! Growing up, it used to be 3-square meal, then it changed to equation: 1-0-1, and now if you can just afford 1 meal per day you are winning. As a result of poverty, societal values have changed. Young girls are into ARISTOS while young men do YAHOO Plus in the name of making ends meet. Who is to blame?

Gone are the days when our parent would starve in order for us (children) to be fed rather than to have us do immoral things. Immoralities seem to be the new order of the day and often times backed up by some parents who look up to their children to feed them in this era of stomach infrastructure. Who is to blame?

Our educational system have gone terribly bad. No thanks to the government and the almighty a�?constituted authoritiesa�? whose children school abroad and they leave our local institutions of learning to rot away. But hold on, who is to blame for those youngsters who are now called graduates and they know next to nothing? Maybe, if they were well grounded in their academics, they just may be able to liberate their parent who keeps taking money from money bag politicians who have nothing to offer the future generationa��.. Just maybe!

The happenings around the world beckoned on the youth of Nigeria; with the likes of Justin Pierre Trudeau PC MP, Prime Minister of Canada and Leo Eric Varadkar as the Taoiseach, Minister of Defence of Republic of Ireland among other young leaders in the world. There is now a clamour for change in fatherland; the anthem is now #NotTooYoungToRuna��a�� Indeed! But we need to be informed that these world leaders are properly raised, literate and well educated.

As much as we want youth to run for elective positions; it is worthy of note that a�?only responsible youth can rule responsively.a�? We do not seek to be led by irresponsible youths who in-turn will forget their source and seek to become a semi-god once they get into power. I heard about a youthful South-West Oba trying to become an Emir in recent time.

Therefore, for Nigeria to be great again; it is not just about the political party; neither is it just about Buhari and the corrupt leaders who refused to retire even when it is obvious they are tired. It is about us; you and me.

We need to make reasonable effort to fight against moral decadence starting from our home front.

Let the parents be upright, so the children can take a cue from them. Let us teach our children values that will sustain them in future. Hard work, diligence, sincerity, truthfulness, self-reliance among other moral values should be the order of the day in our homes.

If we have our morals intact, it would be difficult for some money bag politicians to buy our votes. It is our responsibility to vote the most suitable candidate to positions of power.

In the words of Mr. Sowore, the founder and publisher of Sahara Reporters, a�?we no longer require the services of analogue ministers in our digital world.a�?

The only way to show that the youths of Nigeria are consequential is by making the change start from you; Yes, You!

That Kachukwu's Exposure: Buhari is culpable and the mastermind.