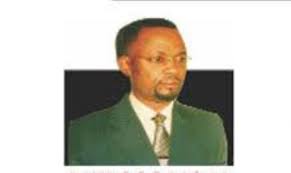 It is said that common sense in an uncommon degree is what the world call wisdom. This axiomatic expression attests to the single fact that a higher degree of common knowledge that is released to some individuals without measure is what majority call wisdom. As a matter of fact, the value of this common sense that is released in an uncommon manner is the ability to communicate same to others. The truth of the matter is that every common sense is uncommon to common men. What you shall have the privilege to read here is the perigee of common truth from the apogee of uncommon mind. Truth however, is like life, the same yesterday, today and forever. Truth crushed to earth must through research rise again and it must be honoured even when it come from the enemy. In Macbeth, Shakespeare is quoted thus, ‘’ And often times, to win us to our harm, the instruments of darkness tell us truths, win us with honest trifles, to betray us in deepest consequence’’.

The truth must remain what it exactly is, no matter the influence of falsehood and lies. Kill me with the hardest object, but remember to say the truth! In my pursuit of knowledge, i mean the real and praiseworthy knowledge , i am profoundly indebted to my father who made me to search for the meaning of life by placing me into a wrong profession which finally met accidental death by the ultimate will of the Summum Bonum. If my father had not wrongly pushed me into (business) which i consider a wrong profession for my destiny and oracle of life, i would not have known my teachers who made me to live well, as Alexander the Great would say, ‘’I am indebted to my father for living, but to my teacher for living well’’.

Those who live well therefore, must be those who are not denied of the right types of books, who at the same time will not suffer from academic malnutrition, stagnation and atrophy. They are true fellow of academic world, who are interested in the history as it was and not the rewritten one. They don’t negate their ontological culture and cosmological identity. Research is their desire and truth is their focus. They question every existing theory, thereby opening many doors of hidden truth. The culture of truth becomes the interpretation of their speaking in tongues while yarning for a time when every individual will begin to purse wisdom and make same their natural abode. Like Thomas Aquinas would say, ‘’among human occupations the pursuit of wisdom is more perfect, more sublime, more useful and more pleasing than any other’’. Who knows the truth our present day research will exhume? This is very necessary because the lies we were told about our creation, colour variation, religion and other related vital issues of our existence are more than the truth that we have known.

Falsehood has become the tradition that have encapsulated and conditioned the minds of the earthmen for many years. Today modern lies have overtaken ancient truth. Religious leaders now take undue advantage of the ignorant ones who now swallow every neo-paganistic creed and theological credo hook line and sinker. ‘’If E no be me, Na who God go bless’’ summarises the way we approach the unmanifest God. It is obvious hitherto that the booming and mushrooming of many religious ministries and shades in the Christian bloc today, has more of a pecuniary base than the desire to do the ultimate will of God. Jesus and company PLC is now everywhere, yet the behavioural bearings of our people remains suspect.

The naive priest and his craft are of the view that if his misled flock must have their daily bread, it should be here and not in heaven. The powerful should therefore corner the common weal in the struggle of having their daily bread. However, how can history forget the crusades, the Jihads, the inquisition, those burnt and mutilated on the account of the truth? I am also aware that by saying this truth here, i may not be burnt but i may be laying a good foundation for my obituary. I may not escape the traditional charges of bigotry and syncretism from the local almighty that are indeed yet to be born again in the real sense of it. When you abandon research in the name of speaking in tongues, you end up embracing error in its totality. Time will soon tell whether our present age is seriously interested in discovering the fantastic and awe-inspiring secrets of humanity. Is this age really prepared to decipher an age-old work even if it means bringing to light truths that might turn our neat but dubious world picture completely upside down? Will they be willing to accept a new system of belief that may not be in harmony with our orthodox traditional religious belief?

Do not the high earthly priests of all religions ultimately abhor revelation about prehistory that might replace belief in the creation by knowledge of the creation i mean the proper creation and recreation? Is man of this Aquarian age prepared to admit that the history of his origin was entirely different from the one which is instilled into him in the form of a pious fairy story? Are pre-historians really seeking the buried truth without prejudice and partiality? The great problem is that no one likes to fall off a skyscraper he has built for himself.

When i published an article on man’s origin in America and traced same to the Elohem or Murdoq who many call Jehovah many laughed at me. When the issue of what Ezekiel saw and presented to us was also raised in the article, i was abused. I remember that i gave a technical and realistic explanation of Ezekiel text, i did mention that what Ezekiel saw and described was a spaceship and its crew. People laughed and mocked me with disdain. I however, refused to let my confidence be shaken and supported my explosive theory in many of my books. Many journalists, who obviously did not know where their pens were leading them, joined in the attack against the Reformer while many of my colleagues (earthly shepherd and academia) became very aggressive and ignored my approach. Incidentally, the corps of Old Testament scholars are by no means united in their exegeses of the smoke fire-lightning-thunder-and throne phenomena in the books of the Old Testament.

The time has come to approach things from a new point of view if biblical research is to make any progress in explaining them. Now i can take a provocative step further and claim that traditional biblical scholars will soon have no part to play in the interpretation of the bible. The Old Testament like a lot of other Holy Scriptures talks about many incidents which really belong to sphere of technical research and this is ignored by many. Whenever God or gods actually show themselves in actual surroundings, they always do so to the accompaniment of fire, smoke, earth tremors, lights and noise. For my point i can not imagine the great omnipresent God needing a vehicle to get from one place to another. Should God terrify the object of his love with demonstration of noisy wheels? It was the act of Murdoq, the mighty one in battle God from far Nibiru within Rizq.

The mispresentation of man’s origin and its subsequent misinterpretation stains the integrity of our noble race, it however contradicts my meta-Christian doctrine, tenet and credo and challenges the substratum of my humanity and conflicts with my philosophical decorum which is firmly rooted on research and questioning every existing theory in other to exhume some hidden truths that are in relation with reality. I am very convinced that the load that i attempt to lift up here is indeed heavier than my shoulders. But like some extraterrestrial biblical characters, David posed against Goliath, Samson against the Philistines, Gideon against the Midianites, Jephthah against the Ammonites, the Reformer takes the bull by the horn and challenge all those who are naively carried away into western cum religious ideologies to seek the light in African soil for longevity and the recovering of our legacy. It is of note however that LIFE i mean real life and human history and civilization began in Africa. The biblical Adam was an Africa, even the Quran attested to the fact that Adam was made from the black dust. Even though the source of the information is questionable, but this single information is authentic.

The unending taunts of the sun and their new recruits