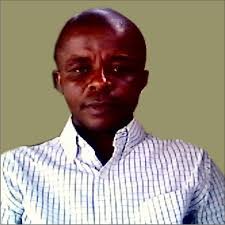 The irrational vibes coming from the supporters of the controversial suspension of Justice Walter Onnoghen, as the Chief Justice of Nigeria by President Muhammadu Buhari and in his place swore-in Justice Tanko Muhammed as the new Acting Chief Justice of Nigeria, clearly validates the widespread belief that people who manipulate public opinion first make accusation against their enemies, repeating them loudly and often with the hope that people will begin to believe them.

To shed more light on this piece, I must admit that it’s alright discussing the corruption allegation against the Chief Justice of Nigeria (CJN), it is equally important that he (Justice Walter Onnoghen) provides explanation to these allegations and if found on the wrong side of the law, face the full weight of the law.

But, in this time of change and uncertainty, one single most surprising new element in this saga to the vast majority of Nigerians is Mr. President’s choice of destructive means as a genuine way to achieving a constructive result.

However, while this development remains a surprise to many, it came to me as an anticipated difficulty designed for the nation.

The reason is barefaced.
Right from the very moment Mr. President declined accent to the Electoral Act Amendment Bill 2018, it was clear that difficulty lies ahead for the rule of law. And in that milieu, I recall doing a piece which had as a title; Nigerian Democracy; Between Rule Of Law And Will Of Man, where among other things I pointed out that Mr. President has allowed inappropriate self-interest, distorting attachments and the presence of misleading memories set a stage for future flaw decisions and errors of judgment.

The above ‘political prophesy’ without any shadow of the doubt has become word made flesh and now dwells among us. As it daily manifests principally in; the denial of the supremacy of the nation’s1999 constitution (as amended), non adherence to the rule of law, politicization of law enforcement in the country, and non consideration of human rights approach to governance that will guarantee infusion of a deliberative participation, accountability, transparency, and non-discrimination, as well as foster the attainment of equity and justice.

Why all should be worried about Mr. President’s flagrant relegation of the rule of law is not merely because of Justice Walter Onoghen, the Chief Justice of Nigeria or any other. But because of what the act portend for our democracy.

As we know, the rule of law makes us stronger by ensuring that decisions will be tested, studied, reviewed, and examined through the process of government that are designed to improve policies. And the knowledge that they will be reviewed prevents over-reaching and checks the accretion of power. And whenever power is unchecked and unaccountable, it almost inevitably leads to mistakes and abuse’

From the foregoing, when the executive arrogates to himself the power to ignore the legitimate legislative and judicial directives, he becomes a threat to the very structure he was elected to protect.

Specifically, think about some of the trends we have seen.

Aside Mr. President declining accent to the Electoral Act Amendment Bill 2018- a bill that would have among other things given legal backing to the use of card reader in the forthcoming general elections, Mr. President recently for not too comprehensible reasons declined accent in quick succession to five other bills sent by the Federal lawmakers.

The dexterousness with which the CJN matter was investigated and Mr. President’s purported compliance to the Conduct Tribunal’s directive is another issue that calls for concern particularly when one remembers that the same President has failed severally to apply the same level of commitment to the case involving Executive Secretary of the National Health Insurance Scheme NHIS, accused of siphoning 25 Billion from agency coffers.

Comparatively, while President Muhammadu Buhari did quickly absolve the former the Secretary to Government of the Federation (SGF) of any wrongdoing even before any investigation was carried out, the same President could not comply with the court directive on the release of Ibrahim AL-Zakzaky, the outspoken and foremost Shai” Muslim cleric that have been on incarceration despite courts directives and others.

Admittedly as argued by the supporters of Mr. President, leading people into the future, preparing others for what lies ahead whether in the concrete terms of actual or conceptual scenarios requires prolonged efforts and decisive actions at some point, that notwithstanding, performing this function as a leader appears complex not because of the ambiguity of the nation’s constitution but because of the leader’s concupiscence to promoting rule of law only when it is convenient and favorable.

This brings the discussion to a broader question about; what fuels this conspiracy against rule of law?

Explicitly, attempt to answer the above reveals without that the gamut of the present political episode revolves around the soul of February 2019, general election.

This in my views is not only bad for morals, but manifests Nigerian leaders unbelief that democracy works where the people have the culture of accommodation and tolerance which makes a minority accept majority’s right to have its way until next election, and wait patiently and peacefully for its turn to become the government by persuading more voters to support its views’. I doubt if our nation as currently postured can fit into this description.

Finally, like Mr. President once remarked before the lawmakers that ‘the rest of the world is watching”, it has become also important that he reverses the recent suspension of Justice Walter Onoghen, and the appointment of Justice Tanko Muhammed, as the world is not only watching but this particular action has again postured us as vulnerable nation before the watching world, and further polarized the country which is right now in its most fragile state since the end of the civil war.

Utomi, A Journalist ( [email protected] ) wrote in from Lagos

Reducing the Cost of Governance in Nigeria

Is Wadume Not What We Know of Our Leaders, Politics and Evolving Cultures?

25 thoughts on “The Conspiracy Against The Rule Of Law”