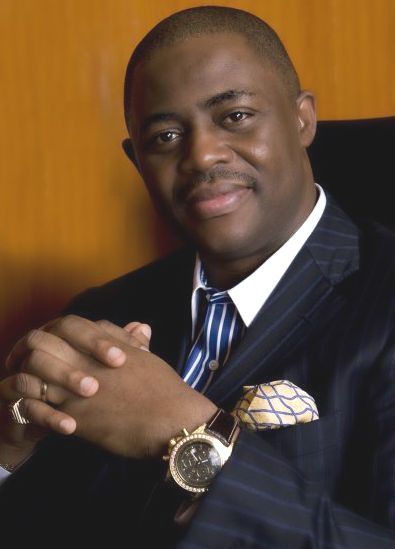 Much has been brewing in the circles of power of our nation in recent weeks. Permit me to share just some of my findings with my readers today. The rest wll come later.

Key players and leaders in the international community have warned President Muhammadu Buhari not to run for a second term but he has refused to listen. That is why he was in the United Kingdom for 16 days.

He was not ill and he was not getting treatment for any ailment but he was consulting with and trying to convince the representatives of various foreign governnents, including the American, British and French, that he can still run in 2019 and win.

My sources have confirmed ro me that those he interacted with are not convinced but he has resolved to run regardless of their skepticism.

They have asked him to probe and jail Godswill Akpabio, Tunde Fashola, Rotimi Amaechi, Rochas Okorocha and Bola Tinubu and they claim that these five, together with a number of others in his own party and government, are very corrupt. He has promised to do that after getting a second mandate.

It is at that time that he will also move against President Olusegun Obasanjo, General Ibrahim Babangida, President Goodluck Jonathan, General Aliyu Gusau, General T.Y. Danjuma, Vice President Atiku Abubakar and many others who have dared to oppose his second term bid.

As regards Governor Ayo Fayose his plan is to arrest him immediately after he steps down as Governor in October, literally during the handover ceremony, and lock him up until after the 2019 election. He intends to give him the Sambo Dasuki treatment.

Senate President Bukola Saraki, Senator Dino Melaye, Senator Rabiu Kwankwaso and all the others that decamped and left the APC with them to return to the PDP will not be spared.

His plans for them are equally reprehensible. He has resolved to break them, humiliate them and teach them the lesson of their lives.

And those of us that have been on the receiving end of their cruelty for the last three years will not be left out.

He has more plans for this writer as well as others like Olisa Metuh, Sambo Dasuki, El Zak Zaky, Nnamdi Kanu and all his other traducers and critics.

I gather that even Church leaders and clerics like Bishop David Oyedepo, Apostle Suleman, Bishop El Buba and others have been marked down for persecution and destruction whilst visible and loud players, commentators, writers, politicians and activists like Senator Ben Murray-Bruce,

I have been reliably informed that they intend to rig the Osun, Rivers, Akwa Ibom, Kwara, Plateau, Benue and Kogi state governorship elections through a perfected method and ensure that the APC wins those states regardless of the choice and preferences of the people.

After Buhari has finished with all these individuals and effecting this agenda and there is no-one left to challenge him he will turn on the Nigerian people themselves with all his vindictiveness, bitterness and venom.

He will reduce them into servitude and turn them into slaves and zombies. He will impose his Fulanisation and Islamisation agenda, bury the idea of restructuring and destroy its proponents, enthrone and empower the Fulani herdsmen and Miyetti Allah, enter a peace accord with Boko Haram and accomodate some of their demands.

He will also reduce CAN and Christians to nothing, bring the Church to its knees, wipe out Shiite Muslims and decimate IPOB members, silence all dissent, establish cattle ranches in every state of the Federation, change the constitution to make himself life President and turn Nigeria into a North Korean-style totalitarian state where his word is law and where he must literally be worshipped as Nigeria's third and final Muslim Mahdi.

Those that applaud Buhari as he violates the rights of others and inflicts pain and injury on them are naive and shortsighted.

They forget that those of us that are his critics, that oppose him, that are in the opposition and that he seeks to destroy are the only ones standing between them, the establishment of a police state and total destruction.

By the time he has finished with us he will strip the Nigerian people of all their dignity and all that is dear to them and turn them into broken souls, street urchins, filthy almajiris and the biggest beggars in Africa.

Poverty, tyranny, evil, ethnic cleansing, genocide and mass murder will stalk the land whilst the judiciary, the legislature and the fourth estate of the realm (the media) will simply do his bidding.

He will bring the entire nation to heel and Nigeria will end up being a worse place to live than Hitler's Germany and Stalin's Soviet Union.

In all this there is only one consellation and that is the fact that Buhari is not God. As they say, “man proposes and God disposes”.

Buhari's plans will fail, his evil agenda will be thwarted and by the time this is all over he will know that we serve a mighty God who rules in the affairs of men.

His word says “who is he that sayeth a thing and it cometh to pass when the Lord of Hosts has commanded it not?”

As long as God has not commanded it or permitted it Buhari's purpose will not stand and his evil intentions will melt like an iceburg approaching the tropics. That is why the righteous and those of us that are the children of light and the sons and daughters of the Most High God need harbour no fear.

Those that need to fear are those that have shed innocent blood, betrayed the counsel of the Living God, tormented and robbed the Nigerian people, bowed before the tyrant and dined at the beasts table.

Those that need to fear are the useful idiots and accursed slaves that have sold their heritage for a mess of pottage and that have opted to assist the tyrant in his ungodly and unholy mission of slaughter, decimation and destruction.

As long as Jesus sits on the throne Buhari's evil plans for all those that have taken a leap of faith and have courageously opposed him shall not stand.

Those of us that have been the voice of the voiceless and stood for truth must not relent. We must continue to stand firm and strong because we have a divine obligation to resist the tyrants evil.

And no matter the price that has to be paid, that is precisely what yours truly intends to do. I urge you to join me. Together we shall bite the bullet, take the pain and endure in the knowledge that, though our oppressors may have today, we shall have tomorrow.

Dark may be the night but joy comes in the morning. Our joy will surely come, God shall prove Himself mighty and, in the end, He will make all things beautiful.

On Track for Extinction: Can Humanity Survive?

Boko Haram, not IPOB, is the Threat to Nigeria’s Security, Igbo Group Fires Back at Arewa Youth

8 thoughts on “The Desperate Agenda Of An Evil Tyrant”