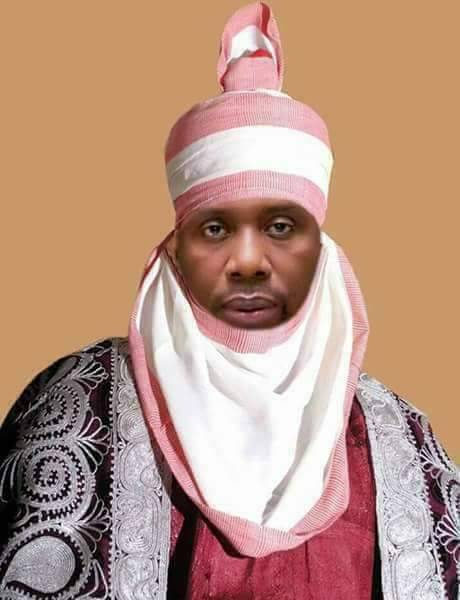 Today in Imo state, so many people are rejoicing due to the total defeat of Gov. Okorocha in the just concluded APC ward congress. I noticed that so many people celebrated the assumed defeat of Chief Rochas Okorocha. I am truly convinced that it is not the end of the road in the political history of the Lion of the tribe of Ogboko.

He is still up to something. We are yet to see the best of Owelle Rochas Okorocha in his bead to make his son in law succeed him at the Douglas House in 2019. I wish to admonish Gov. Rochas to endeavour to re-strategize in so far as there is no body in Owerri or Okigwe zone that should be trusted. However, it is not out of place for a sitting governor to plan to either install his brother, sister and even his son in law as a successor. In the political history of Imo state, this is the first time a sitting chief executive of Imo is insisting on installing a successor. It goes to show that Gov. Okorocha is indeed a visionary leader whose stock in trade is to retire strong political leaders in Imo state.

Unfortunately, those he claimed to have retired, or better still, those he is intending to retire have strongly dislodged him politically hence he is presently running hitter-scatter in order to find his political feet. Sometimes, it is not good to be too loquacious and politically garrulous. It could be responsible for the woes Owelle has suffered, but ask me if I am sympathizing with him, my direct answer is NO! Yes, my humble answer is simply no because I warned him of all these and also warned Imolites in 2010/ 2011 to beware of Rochas Okorocha’s schemes. Today, all my predictions concerning this administration have all come to pass.

Gov. Rochas wants to be seen and noticed even in his failure. He refused to listen to logical voice of reason. I am sure he will still ignore this great and resonating advice that will assist him achieve his “noble objective” of making his son in law a governor. There is always a shortcut to achieving things my governor should be very conversant with this.

It is in the nature of Mr. Okorocha to think he is more than everyone. Today, almost all his political allies have forsaken him. It happened so late because Imo people know how to be patience with their leaders. What Rochas Okorocha is known for is today haunting him in return because those who know the game better than he does have all outsmarted him. But there is a way out for Gov. Rochas, only if you could listen to this simple advice. Ugumba my brother, who also is your son in law, can be the governor of Imo state before 2019 election. If you love him so much and wish to sacrifice all that you have, in order to make him your successor, it is very simple.

I am here to give you the direction to follow. But before I continue, I wish to inform you here of the experience of King Corsoe who met an old peasant who was planting a palm tree. Seeing this he asked in surprise, “old man, do you hope to eat the dates from this tree? Why, when the dates have grown, you would long since dead!” “O king,” the peasant said, “How we eat what others have planted. I plant for those who will come after me.” The king was struck by the reply and rewarded the peasant with gold coins for his wisdom. The peasant then said, “O king, see how this palm tree has already produced fruits.” Again the king was struck with the peasant’s words and rewarded him this time with a thousand gold coins.

Following the above, my governor has worked and worked to the extent that his successor will have no more work to do. I am sure this may have informed the need to insist on his son in law as his successor. Yes, Gov. Rochas is working so hard to install his son in law because of the capacity he found in him which is not in any other person in his camp. But let me ask Chief Rochas Okorocha, are you sure of the seed you have planted, or are you insisting on your son in law as the best option because you have diverted the money meant for the development of Imo State to your personal use? Are you afraid that Imo people or your successor (if not your son in law) will imprison you as a result of not obeying the rule of law in your administration? Are you truly interested in the affairs of Imo people or your private pocket?

It was St. Augustine who says that “pride changed angels into devils; humility makes men into angel.” I am afraid that the way you are going, you may make a serious mistake hence I am via this medium imploring you to listen to the voice of reason by pushing further to impeach your Deputy Prince Eze Madumere. Mr. Rochas, listen to me and don’t apply pride (that turned angels into devils) to this simple admonition; it will help you so much.

Try to impeach the Deputy Governor by using your “boys” at Imo House of Assembly. You are in control of the Imo House of Assembly. They have been starved financially and now you can use all the monies you have diverted to influence them to impeach Eze Madumere. The good news for you sir, is that the Speaker of Imo House of Assembly can do your beading very well. Rumours had it last week that they rejected the offer that was made to them for this purpose. I wish to encourage you to do more…everyone has a price and I am sure that part of the Paris club fund can do the magic. I do not mean the one lifted by air Ambulance early this year; I know it is not within reach now. But as an executive governor, you can use two months of Imo Federal Allocation to do the magic. Imo workers cannot do any harm; yes, they can be very patience with you sir.

Gov. Rochas, kindly do the magic by allowing your Deputy to be impeached. I am aware that Imo Deputy Governor has committed impeachable offence by aligning with the camp that is not associated with ndi agburu anyi. Let him be impeached now and let Ugumba Uche Nwosu be brought in as the Deputy Governor of Imo state-heavens will not fall. A philosopher once said, “No matter how far you have travelled in a wrong direction always be courageous to turn back. It is not how far that matters but how well.” My governor, you know that your Deputy has served you for a long time but today, your camp is divided and he has joined those opposing your mission. Impeach him!

If the Imo Deputy Governor has truly done this let him be impeached and let Ugumba Uche Nwosu take over his place. I am certain that if Ugumba takes over as the Deputy Governor, Chief Rochas Okorocha can resign his office as the state chief executive and Ugumba Uche Nwosu can take over as the state chief executive of Imo state and then use his office as the governor of Imo state to run in any political party of his choice for 2019 Imo governorship election. My governor, this is a sure way to victory for your ambition in making sure that Ugumba succeeds you.

The whole of this advice is necessary but don’t forget the lesson from a particular Sufi who was approached by his disciple with a purse containing five hundred gold pieces. “Have you any more money than this?” asked the Sufi. “Yes, I have.” Replied the disciple. “Do you desire more?” “Yes, I do.” “Then you keep it, for you are more in need than I; for I have nothing and desire nothing. You have a great deal and still want more.” This is where Gov. Rochas finds himself; we need to pity him!

11 thoughts on “The Easiest Way Of Making Ugwumba Imo Governor.”