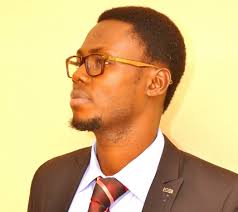 I have observed that the English Language is actually a huge social barrier in Nigeria. It is a major impediment to social progress which continues to inhibit the desired impact of communication between the English-speaking Nigerians and the speakers of our indigenous languages.

I have also observed that most Nigerians (excluding the Eurocentric ones) are often more comfortable when chatting with a person from their tribe – in their tribal language – than not. This is usually the case when there is a shared interest between both parties.

Also, when it comes to policy-communication between the government and the people, there is often a problem of understanding. This is primarily because our people easily understand our indigenous languages than they do imported ones. This is oft evident in the mutual reaction of two or more persons from the same tribe trying to share things or ideas among themselves.

There is also a gentle and assuaging sensation that is often pronounced between people who speak the same tribal language. This is because they always feel genuinely connected to each other by virtue of their shared origin.

Also, there are many countries in the world today that are proud of speaking in their ancestral language and are able to record massive social progress as a result.

For instance, we can borrow a leaf from the Chinese. In China; Mandarin Chinese, Standard Mandarin and Uyghur are their official languages. They speak these languages not because they don’t understand the English Language but because they understand the power of originality and the pride in upholding one’s Cultural heritage. In fact, an average Chinese would rather go to official events in English-speaking countries with an interpreter than freely speak the language. Like the Chinese, there are also the peoples of France, Germany, Spain, Italy and so on. They all deify their indigenous languages.

Interestingly, not only do the peoples of these countries speak in their languages but they also write in them. Many of the scholarly works that we read today are translated versions of their originals. The early Greek philosophers wrote in Greek. Sun Tzu initially wrote the Art of War in Chinese. Adolf Hitler initially wrote Mein Kampf in German. Even the famed ‘The Prince’ by Niccolò Machiavelli was initially written in Italian. All these scholarly treatises were later translated into different languages including English.

The English Language is not Nigeria’s lingua franca. It has never been. It will never be. If at all we want a lingua franca that will ‘reflect our diversity,’ we can manage the Nigerian Pidgin until we can develop something more original in its totality.

In conclusion, I think there may be no real social progress until we address the issue of language barrier in our country. If at all there is progress, it would be partly and slowly.

Adebayo Raphael is the National Secretary of the OurMumuDonDo Movement. He writes from Abuja and can be reached on Twitter via; @Asorosobioro.

Python Dance Iii: The Nigerian Army And The Challenge Of Professionalism.