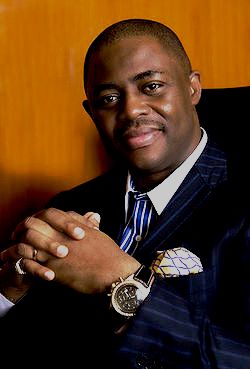 Perhaps the most insightful and concise contribution that I have read about the history of the Fulani and their inordinate ambition and insatiable thirst for domination and conquest was provided by Mr. Gbonkas Ebiri.

His research and analysis of this topic is as historically accurate as it is outstanding. Permit me to share his words.

The first Fulani Jihad was at Futa Jallon. Fulani pastoralists migrated here in large numbers from North Africa in the 1600a��s (they migrated in smaller factions earlier).

Futa Jallon was a mountainous rich agricultural land. Shortly after the Pastoralist migrations, Fulani clerics migrated as well. they were called Ulamas.

In 1726, the Fulani community elected one of their own by the name Ibrahim Musa as their leader and gave him the title of Al a�� Imam (Leader of the Muslim community). Shortly after his election he proclaimed a jihad against the local rulers of the region and enlisted the herdsmen as soldiers in his Jihad.

His successor after his death and new Al- Iman, Ibrahim Sori completed the Jihad in 1776. The new Fulani aristocracy drove out many of the natives. Those they did not drive out, they enslaved.

Slave trade thrived in the region after the Jihad, this was when the slave castle at Goree Island (Point of no return) was built. They captured mostly the people of the Mandika tribe (this was the tribe of Kunta Kinte).

Another region not far from Futa Jallon was Futa Toro. It was rich in Agriculture and the stretch of the Senegal river passed through it. By the banks of this river was fertile farmlands.

This region was of great important to the Fulani pastoralists who migrated to the region around the same time they migrated to Futa Jallon. They could have the cattle feed and drink by the banks of the river. Shortly after the herdsmen arrived, clerics migrated as well.

They formed the majority of the Torobde clerics. A Fulani cleric called Sulayman Bal was nominated by the clerics as the spiritual leader. in the year 1776, Sulayman Bal launched a Jihad against the Denyanke dynasty and enlisted herdsmen into his army of the faithful.

They were overthrown and replaced with a new aristocracy of Fulani leaders. He died while trying to expand the empire to the regions of Trarzas. His successor, Abd al- Qadir completed the expansion and expanded the empire Southeast.

In our own Nigeria, the Fulani migrated as herdsmen and lived in communities. As at the time Dan Fodio arrived, they had Fulani leaders in almost all the Hausa City states with a large concentration in Katsina and Kano.

These leaders included Moyijo at Kebbi, Mohammadu Namoda at Zamfara, Salihu and Mohamadu Dabo of Kano. Very much like the previous Jihads, Dan Fodio was recognized as the leading cleric and given the title of a�?Sarkin Musulmi.a�� (Leader of the Faithful).

He formed a community after his confrontation with the authorities at Gobir and called on the faithfuls to join him, from the community he lauched his Jihad.

Majority of his soldiers were herdsmen and another faction natives that fell for his charismatic leadership. Dan Fodio would eventually give flags of leadership to the Fulani leaders of the various Hausa cities.

By far, the Dan Fodioa��s Jihad was the most successful and all Fulani Jihads in West Africa. He would also replace the Hausa kings with Fulani aristocrats, and like the previous Fulbe leaders, the new empire was hostile to the natives.

Their lands were taken from them and they were relegated to second class citizens in their ancestral homeland. Many of them were forced into slavery under an oppressive feudal system and others sold to Arab slave traders.

At Ilorin, the shortsighted rebel Afonja made it so easy for the Fulani to get rid of him. Unlike the other kingdoms where they migrated on their free will and chose their spiritual leader, Afonja personally wooed the Fulani to his kingdom and appointed Alimi as the cleric of the province.

Both vital foundations for a fulani takeover was given on a platter of gold by warlord. very much as in all cases, the Fulani got rid of him and ensured the throne of Ilorin for their kinsman.

So far they have not been able to invade beyond Ilorin. The warriors at Ibadan fought them back as well as Benin warriors. To conquer the south, it is important to have Fulani herdsmen and clerics stationed in the land.

It is important to indoctrinate natives who profess same religion with them to trade ther ancestry for a religious theocracy of a divine cleric.

Among the Yoruba people, they will succeed as they did in the old Ilorin emirates when many natives of old Oyo empire enlisted in the army of Alimia��s descendants to invade villages under Oyo and capture their fellow kinsmen as slaves to be sold to the Portuguese.

All observations of history prove beyond doubt that giving colonies and settlements to Fulani people under the guise of land for grazing is very dangerous.

The Fulani is obsessed to conquer the South and take it from the ancestral owners like they did to the Hausas. The South owns the Ports and oil. It owns the best companies and rainforests. That is what they secretly want and not grazing land for cows.

With scattered Fulani settlements in the south, they will bring their clerics and launch a new phase of Jihads from our basea��. Cattle colonies is a plan to conquer the South.

Herdsmen are foot soldiers of the Fulani empire and the demand for lands in the South is a first step in future to take over the ancestral lands of the Southern people”. (CONCLUDED).

I commend Mr. Ebiri for his courageous submission and I wholeheartedly concur with his conclusions and findings. He has said it all and there is very little left to say.

It is left for the Nigerian people to either resist the attempt to Fulanise their entire nation by learning from the lessons of history, increasing their depth of knowledge, creating awareness about the formidable challenges with which they are faced and rise to the occassion or they can sit back, act as if there is no danger or threat and be indoctrinated, stripped of all they have and all they are, conquered, dehumanised, enslaved and overwhelmed. The choice is ours.

And if anyone still doubts the assertion that we are in mortal danger I would urge them to read the words of Professor Ango Abdullahi, the spokesman of the Northern Elders Forum and a leading member of the Fulani cabal, in a recent interview with the Sunday Vanguard Newspaper where he told us “why herdsmen must kill”, where he sought to defend, justify and rationalise the bestial and barbaric acts of mass murder, genocide and ethnic cleansing that the Fulani herdsmen and terrorists have unleashed on the people of the south and the Middle Belt and where he claimed that the British had “granted” what he described as “grazing routes” in the Middle Belt and the south to the Fulani terrorists and herdsmen as far back as 1914!

Never in the history of our country, other than during the civil war, has mass murder, genocide, ethnic cleansing, the slaughter of infants and babies, rape, destruction and the burning and pillaging and violent occupation of other peooles lands and homes been justified and defended in this way.

Professor Abdullahi has proved to the world that we are a nation of bloodthirsty barbarians and sociopaths where human life has no meaning and has no value.

His views reveal nothing but madness in its most brazen form and the truth is that this reckless and irresponsible elderly man is playing with fire and is courting nothing but disaster for his Fulani people. Simply put he is begging for war.

I am disgusted and appauled by his cold-blooded, blood-thirsty and blood-lusting mindset but I cannot say that I am surprised. That is their way and these are their thoughts!

In addition to Abdullahi’s absurd and provocative submissions the skeptics shoud also read Professor Umar Muhammed Labdo’s insulting assertions about Fulani supremacy and the Fulani being “born and destined to rule” over the whole of Nigeria.

If, after reading the contributions of these two supposedly “learned” Fulani men, some still do not understand what is going on or that we have a major challenge in this country, then such persons are indeed part of the problem and are in dire need of help.

Permit me to end the concluding part of this essay with the following.

To those who say that my words are too blunt, plain and harsh and that suggest that I should be more circumspect and temperate when discussing the powers that be in our country, the state of our nation, the Fulani invasion and our ruling Caliph, I say the following: I am the Servant of Truth and the Voice of the Voiceless.

If I do not speak up and say what others know but dare not say who will speak for the downtrodden, the enslaved, the weak, the oppressed, the slaughtered and the silent majority?

In any case bullies, tyrants, conquering foreign hordes and alien invaders neither understand subtlety and restraint nor do they appreciate its nuances.

Worse still they misconstrue gentle words and a kind and generous disposition for weakness and this fuels and feeds their appetite for bestial acts and tyranny and encourages their naked aggression.

Unlike most I fear not the heathan hordes that seek to conquer and enslave our people nor the bloody sword or the mighty roar of the uncircumcised Philistines.

I fear not the armies of Rome nor the occultic Egyptians with their satanic covenants, ancient spells and powerful invocations.

And neither will I bow, quiver or tremble before the Chaldeans or the Amalekites that rule our land with their unelenting display of violence, barbarity and cruelty.

I am led by the Holy Spirit of the Living God and I trust in Him for all. He is my strength, my shield, my glory and the lifter of my head.

I am in the Lord’s power and hands and not in that of my adversaries or the enemies of my people. Most importantly I am persuaded that He will never leave me or forsake me.

I am also guided by the wise counsel of our very own Nobel Laureate and celebrated bard, Professor Wole Soyinka, who wrote the following historic and powerful words in his famous book titled, ‘The Man Died’ many years ago.

He wrote, “the man died in him who remained silent in the face of tyranny”.

Today I proclaim, may the man never die in any of us.

Again I am inspired by the compelling, beautiful and eternal words written by the great 19th century author and English sage, Thomas Babington Macauly, in his famous poem titled ‘Lays Of Ancient Rome’. He wrote,

“Then out spake brave Horatius, the Captain of the Gate: to every man upon this earth death cometh soon or late.

And how can man die better than facing fearful odds, for the ashes of his fathers and the temples of his gods.

And for the tender mother who dandled him to rest, And for the wife who nurses his baby at her breast.

And for the holy maidens who feed the eternal flame, to save them from false Sextus that wrought the deed of shame?

Haul down the bridge, Sir Consul, with all the speed ye may; I, with two more to help me, will hold the foe in play”.

Today I pray that we be like brave Horatius and hold the foe in play.

Finally I am strengthened and encouraged by the words of King David in Psalm 27 when he said,

“The Lord is my light and my salvation, whom shall I fear?

How do we deal with a ‘problem’ like the Igbos?