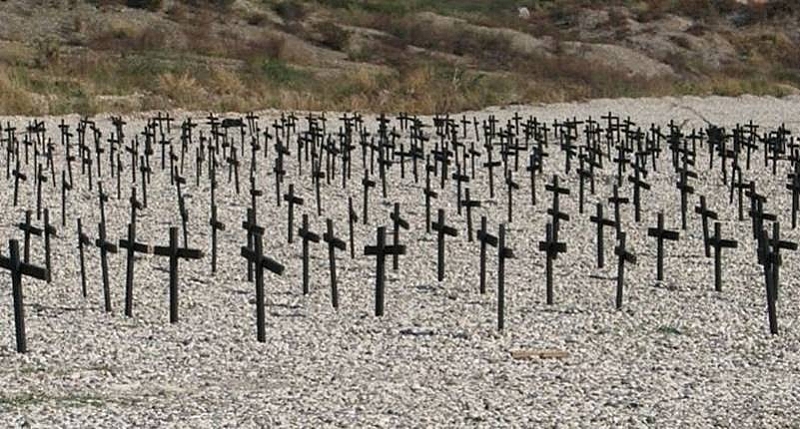 The Benue State unprovoked genocide of more than eighty people because of their ancestral land has once again exposed the fraud and contradictions that is the Federal Republic of Nigeria. That in midst of the rampaging Fulani herdsmen atrocities, President Muhammadu Buhari has maintained that he would take his time before taking any decision. Even the presence of the Inspector General of Police Ibrahim Idris in Benue State has not deterred the herdsmen from carrying out their killing spree. Whether these herdsmen are Fulani or not, one thing is clear. The federal government as presently constituted lacks the political will to deal with this band of terrorists.

Instead of the president to visit Benue State and see things for himself, he believes that he has the luxury of time and was instead hosting the members of APC to a dinner in Aso Rock with some governors glibly talking of second tenure for the president. This clearly demonstrates the stripe of leadership that burdened the nation. In advanced climes of the world, such leadership would mobilize men and material to Benue State and a state of emergency declared. But that will not happen in Nigeria where the top most police officer in land dismissed the crisis as mere communal feud with a wave of hand. Even for the benefit of argument, if it were a communal crisis, it is still the function of the government to restore peace to such troubled areas. After all the primary function of government is the security and welfare of the people.

Many journalists and public affairs commentators including my poor self have written and said a lot about the menace of the Fulani herdsmen and all our efforts is like blowing the wind. According to the Global Terrorism Index, Fulani herdsmen are the second biggest threat to Nigeria after Boko Haram. In world ranking of bloodletting and infamy, the Fulani herdsmen are the fourth dangerous terrorist group after Boko Haram, ISIS and al Shabaab. Yet some people are twisting facts and turning logic on its head. The Emir of Kano, Lamido Sanusi is trying to change the narrative by saying that about 800 Fulani herdsmen were killed last year and that the Nigerian press is very biased about reporting the activities of the clash between the herdsmen and farmers. Living in such denial in the face of overwhelming facts is trying to be clever by half. There was even a governor who said that he paid the Fulani herdsmen to stop killing. And to make matters worse, a few days after the enactment of the open grazing law of the Benue state government, a leader of Myetti Allah Cattle Breeder Association of Nigeria said that his people would resist the law. The said man even after the massacre of eighty people in Benue said that the killing was as result of that law and vowed to continue to resist it. This is clear evidence of sedition yet the law enforcement agencies are looking the other way. How then would the government blame those Nigerians who believe that the Fulani herdsmen are being treated with kida��s gloves? It is beginning to dawn on everybody that the Fulani herdsmen are above the law and if not so, let the government tell us the number of Fulani herdsmen that have been so convicted.

And this was essentially the theme worked on by the Sultan of Sokoto, Saad Abukakar as he queried the competence of the security agencies. The royal father has this question for the President and Inspector General of Police: `How is it possible for Fulani to attack settlements or communities to carry out killings of innocent people, destroy property and disappear without trace. The killings must be stopped. They have gone too far. This is no time to apportion blames but to seek solutions. What are the security agencies doing and when will these killings stop? `. The situation is very grave and testing the unity of the nation and this is time for the leadership to embark on strategic thinking to mint out solutions. Time is not on our side.

All over the country, the Fulani herdsmen have turned into a killing field with those in government treating them with kida��s gloves. They move around unmolested with AK47 and other dangerous weapons. According to Governor Samuel Ortom of Benue State, between 2013 and 2016, about 1,800 people were killed by the Fulani herdsmen. Last year despite the advanced warning given to the security agencies by the governor of Enugu state, Fulani herdsmen killed a lot of people. In fact no part of the country is spared and the government both at the executive and legislative levels are busy contemplating their political navel pretending that the problem will varnish. Nothing works that way and the federal government should wake from its slumber before the impending implosion.

The federal government is floating the idea of cattle colony. For those states that want it, they should go ahead. But the cattle colony should not be forced on the people. And these were the views of Afenifere, Ohanaeze Ndi Igbo, the Middle Belt and South/South Forum leaders when they paid condolence visit to Benue. These leaders condemned the killings and called for restructuring and institutionalization of fiscal federalism. It is the plea of this piece that Buhari should listen to these people for they are also leaders in their own right. The fraud that is the Federal Republic of Nigeria must be corrected so that every part of the nation has a sense of belonging. Let no tribe live under the illusion that they are superior to the other. Let no profession deludes itself that it has the right to destroy other professions so as to carry out its business. The gathering storms are so threatening and their apocalyptic effect may rock the foundation of Nigeria. This is time for Buhari to act.

Impunity In The Polity, A Growing Concern.

9 thoughts on “The Gathering Storm”