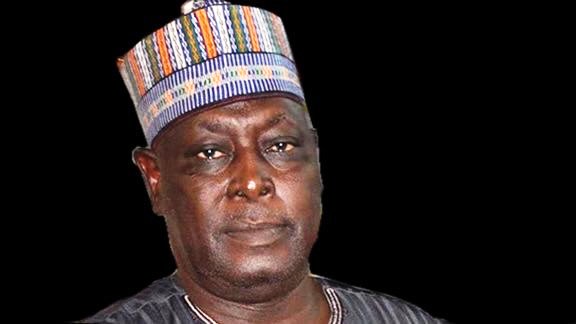 The National Vice Chairman of APC North East, Alhaji Umar Duhu has urged the party to sanction the immediate past Secretary to the Federal Government (SGF), Mr Babacir Lawan for anti party activities.

Duhu made the call Thursday in Yola while reacting to a statement by Lawan that the incumbent governor of Adamawa who is the party gubernatorial candidate, Muhammadu Bindow is not eligible to contest and would lose the 2019 election.

Duhu said: “As leader of the party what should preoccupy somebody’s mind at all point is to ensure that his or her party wins election at all levels.

“Once primaries or conventions are conducted and winners emerge, what is paramount for loyal party man is to accept the outcome and embrace the person nominated to fly the flag of the party.

“Imagine somebody at the level of Lawan who succeeded me as national vice chairman of APC and was even appointed SGF coming out to say APC will loose the state if Gov. Bindow is fielded as candidate. This is sad and preposterous.”

According to him, the action of Lawan tantamount to anti party activity which is a punishable act under the laws of APC.

“Oshiomole should forthwith direct the state executive branch of Adamawa to relieve him (Lawan) of membership of the party until a convention is held for his expulsion…,” Duhu said.

He said Gov. Bindow’s administration has performed well and is fully qualified and has been cleared by INEC to contest.

“Gov. Bindow is capable, qualified to contest election and God willing he is going to win,” Duhu said.

The News Agency of Nigeria (NAN) recalled that the former SGF (Lawan) had in a press briefing Wednesday in Yola declared that if Gov. Bindow, whose eligibility is being challenged in court is fielded, APC would lose Adamawa governorship election. (NAN)

Tinubu hails APC for embarking on congresses, says it is the way to go in building truly democratic party