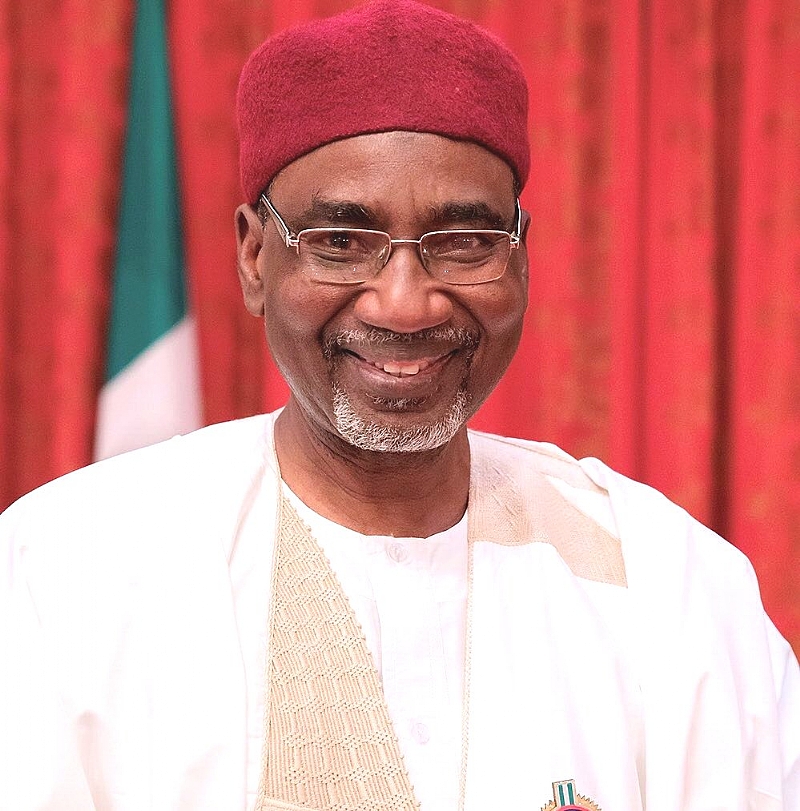 As the killings in Nigeria, by what President Buhari told Arch Bishop of Canterbury in London to be perpetrated by militias trained by late Colonel Mamman Ghadafi of Libya, intensifies, I decided to do a little research about our security. Before I move forward let me quickly tell you that the News Agency of Nigeria (NAN) just reported that over 30 people were killed in Zamfara by these militias. The previous week over 30 people were killed in Nassarawa and Benue by the same actors, among those killed were policemen. In fact since President Buhari left for London for the Common Wealth meeting, nearly 100 people have been massacred in Nigeria.

My little research about the security apparatuses brought me to the Nigerian Intelligence Agency (NIA) Director Generala��s appointment. Mr. Ahmed Rufai Abubakar is one of the most ridiculous appointments, perhaps in the history of appointments in Nigeria, considering we are dealing with security here at this crucial time of insecurity, especially terrorism related cases in our nationa��s history.

Let me share the story of Ahmed Rufai Abubakar as narrated by Junaid Muhammed in the Guardian of 17 January, 2018. When asked by Guardian reporter of his take on the alleged lopsided appointment of the security chiefs and the controversy surrounding the appointment of the NIA DG, Junaid Mohammed said, and I quote, a�?There is no law that says those who are heading security positions must not come from a particular zone. But what happened was that this gentleman, Mr. Ahmed Abubakar, who was not even an NIA employee, joined the service by accident, because there was supposed to be a meeting of what they called Nigeria/Niger commission and unfortunately the then DG of NIA did not make arrangement for interpreters from Lagos, when the summit held in Kaduna.

a�?So, they found somebody that could speak French, who was in Katsina Statea��s kitchen cabinet. And so, he was picked and then he became the interpreter for that occasion. After it was over, the then NIA DG, who was a Katsina man decided to induct and recruit him into the NIA. And that was how the man came into the service.

a�?But because he came from a very low background, when he sat for exams from Assistant Director to Deputy Director, he failed twice or thrice. And the NIA system, just like that of most Civil Service, stipulates that if you fail an exam once or twice, youa��ll be asked to go.

a�?Now in the service, they dona��t allow you to marry a foreigner, though you can be a diplomat and marry a foreigner. But somehow, this was allowed to pass because the man has powerful backers.

a�?However, he had to go eventually because he could not pass his exams. But some of the people that sat with him and passed their exams are still in service. But they have now appointed him DG NIA over and above those who are with him, and who passed their exams while he failed his own. They sacked the other people who passed their own exams. This means the Buhari government is determined to reward failure, provided it is his kinsmen. You know the directors have taken the matter to court.

a�?The issue at stake over the appointment of the DG NIA and DG SSS is not wrong because they are from the same state, but because they did not meet the laid down guideline and they were also deficient in terms of their qualifications and the cognate experience in their places of work.

a�?There is also the issue of never appointing somebody to supersede people who are better, unless you want to destroy an organisation. You dona��t allow it in any system.

a�?In the case of the DG SSS, who had already retired from service years ago, he was brought back and made the DG SSS. That was improper, unusual and is very devastating to morale. I like him. He used to be a director in Kano and is a personal friend because we used to get on well, and I still like him, but unfortunately, his problem is that he believes he is a politician and he is not. He is a security technocrat. So, if he behaves like he knows too much of politics, he will end up in disaster.

a�?In the case of the newly-appointed DG NIA Ahmed Abubakar, who is also from Katsina, the man clearly did not measure up when he was in service. He failed his exams. There is nothing he can do about it. He had to go because they have a hierarchical system, just like in the Army. If you dona��t pass the Captain to Major exams, they ask you to go. To make matters worse, they now picked him and made him boss over those that sat with him for the same exams and passed.

a�?The most senior director, who should have been appointed, is from Plateau State. He was the one that acted. He is Mr. Mohammed Dauda. He is fit and qualified to take the seat as the substantive head of NIA and you now brought a failure to take the seat.a�?

In fact when he was appointed, some directors in the NIA raised alarm over his appointment. The directors, in a letter to the House of Representatives Committee on Security and National Intelligence, called for an urgent intervention to stop the change in the agencya��s leadership from having severe consequences on the country’s security apparatus. They demanded the removal of Director-General of the agency, Mr. Ahmed Rufai Abubakar. Still nothing was done about their demands.

Since its inception 32 years ago, nobody below the rank of a director has been appointed to head the NIA. That Ahmed Rufai Abubakar, a man who on record failed two or three times the examination for elevation to the rank of director and who retired from service because he could not pass his promotion examination is now the appointed head of the NIA should tell you President Muhammadu Buhari is not serious about the security of the nation.

Again, in the same Guardian interview of 17th February 2018, Junaid Mohammed simply told the interviewer why asked at any rate, if he wanted a northerner, what is wrong in picking the man who is the most senior and from Plateau State?

Junaid Munammed said, a�?The most senior director after Ayodele Oke was asked to leave was from Plateau State. He was allowed to act and they had nothing against him, other than that there is some mago mago in the NIA concerning money found in a flat in the DGS office vault. It is only in Nigeria you have somebody keeping $43 million in some kind of flat in Lagos and then about $44 million in his office. He must be crazy or there must have been some high handed moves by the cabal to steal the money and then the man came out to say he was not confirmed, because he was not prepared to cooperate with the cabal to steal the money. And the other directors who had been shortchanged have now taken the matter to the High Court. It is not a matter of heads of security outfits coming from a particular zone.

a�?As Ia��m speaking, there are 28 directors from the Southwest in the NIA. And this is just within the two terms of Oladimeji and Oke. How do you justify having 28 directors mainly from Oyo State, when there are states that dona��t have a single director in NIA? They should know that some of us know so much about the NIA.a�?

Junaid Muhammed may have gotten the state of NIA Director who was supposed to take over after Oke was sacked over the money found in Lagos apartment, but what he has said is clear. The man President Muhammadu Buhari was made to appoint by some of the cabal who influence these things in Aso Rock is not qualified. The cabal we are talking in this case are Babagana Kingibe and Abbakyari, who after discovering that the NIA had some other money stashed in the office, wanted to grab the money quietly but the NIA boss refused to play ball. After this accusation, Babagana Kingibe has not come out to defend himself like he did after his presidential campaign 2019 posters were shared on social media. He came out quickly to disassociate himself from the presidential campaign poster, not on a more serious allegation that he wanted to pocket the NIA money.

It is clear that President Muhammadu Buhari doesna��t understand much about securing the nation, because it is dangerous to play politics with the security of the nation. You cannot just appoint anyone to be in charge of our security because they are from your state, related to you or friends. Security require people with experience and people who are capable of doing the job.

How did a man who failed his examination to be promoted to the post of director, a man who had to leave the NIA because he couldna��t pass his exams, not once but twice and thrice, now end up as the NIA boss with many people who passed the same examination with him now under him? It is baffling. That Nigerians are not even talking about this despite the killings going on in the country daily is what amazes me. What a country!

…No end of year rice for Nigeria

Welcome on Board Yobo