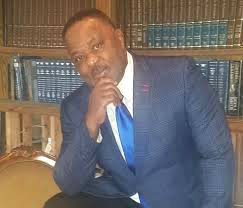 Donald J. Trump last week became just the third president to be impeached in the history of United States of America. But every nation has its own Trump. That is, someone who found himself in position of power, not because of pristine background, experience, leadership effectiveness, moral purity, political correctness or someone who might have indulged in gross abuse of office.

Of course, Nigeria harbors a good number of its own shameless characters, some of whom are identified below. Yet, the mere mention of such names in the same breadth with Donald Trump, however ignoble, is ostensibly an elevation, but the glow of a vulture never lasts beyond the dry season.

Abdullahi Umar Ganduje, Governor of Kano State: Like Trump, Ganduje is virally corrupt, morally bankrupt, maleficent, vengeful, baleful, and ruthless. Kano has not known peace, since the governor was seen in a trove of video clips receiving bribes from a contractor and stuffing the proceeds in wads of dollars into his pocket. In short, only in Nigeria can such a highbinder remain a governor of a state. Yet, similar to the situation in America with Donald Trump, instead of punitive action, Ganduje’s political party has turned blind eye while the ancient city of Kano is on assault. Nevertheless, lack of stature, as well as charisma, is the only reason Ganduje would not readily qualify as the Trump Nigerian double.

Adams Oshiomhole, National Chairman, All Progressives Congress (APC): Oshiomhole has remained in power through a combination of dubious charisma and the ability to deceive a gullible society for selfish interest. He is also combative, full of bluster, and sees quid pro quo, as a way of life, however warped. Moreover, the APC Chairman is madly attention-seeking and craves exotic lifestyles. These descriptions fit perfectly well with Trump. But it won’t still suffice here. Oshiomhole’s physical attribute is the human equate of the aye-aye, and the American president is conscious of his look and will rather resign from office than be compared with the former Edo governor.

Dino Maleye, ex-Kogi Senator: The history will remain in wonderstruck of how this nothingburger found himself in the Legislature, let his dream to become president. In short, the sole reason Dino is on this list is the mere fact that he is the quintessential bozo. A bozo means wazzock—a stupid person, a clown, buffoon, and nincompoop—the type of nouns commonly associated to Donald Trump. Moreover, Maleye also gloats on his physical attributes, as well as fortune, no matter how crooked, and the media are fascinated with him for entertainment value.

Ayodele Fayose, Former Ekiti Governor: Fayose is another rabble-rouser that exhibits the typical Trump characteristics. He is street-talking, cavalier, incoherent, unapologetic but a goon of charismatic celebrity, who draws followers by parading fantasy as fact. The former Ekiti governor too wants to be president, but that is where the comparison ends.

Orji Kanu, Senate Chief Whip: Kalu is the garrulous former Abia State governor whose background not only evinces everything wrong with politics but also echoes that of the American president. Kalu is bold and charismatic and, of course, owes his climb to power to make-believe wealth base. Though he has long aspired to be president, the Senate Chief Whip is a tub-thumper with no known political or religious beliefs who was merely wagering at the ruling APC before he was convicted for corruption. Kalu would have emerged as a near perfect Nigerian Trump, but the former Abia governor mis-gambled big time with his current party.

Muhammadu Buhari, Nigeria’s President. For sure, Buhari is a slowpoke, as well as a goldbrick. He is neither charismatic nor loquacious. More essentially, he cannot claim to know what it takes to create jobs or wealth. Thusly, he may appear to pale in comparison to Donald Trump, but the truth is that the Nigerian leader actually has more in common with the American president. To begin with, Buhari is a stone-cold bigot who has sustained power through demagoguery. In addition, he is by far the most vengeful, divisive, tribalistic, sectionalistic, nepotic, and toxic leader Nigeria has ever seen.

The similarity grows closer when considered that both Trump and Buhari thrive in hypocrisy. For instance, they assumed power in their respective countries preaching integrity, virtue, and righteousness only to gain the power to embrace corruption, utter disregard for rule of law, and abuse of office as way of governance.

Not to be forgotten, the Buhari apologists never fail to brandish the bad examples of President Trump as excuse for the unending moral deficiencies of the Nigerian leader. Very significantly, despite their moral failings, their respective political parties never hesitated to coalesce behind the unrepentant leaders. That explains why Trump may never be removed from office by the American Senate dominated by his party. Such blind following is also the major reason the Nigerian Senate has not attempted to impeach Buhari, let alone removing the failing leader from office. The posterity beckons. The masses grapple.