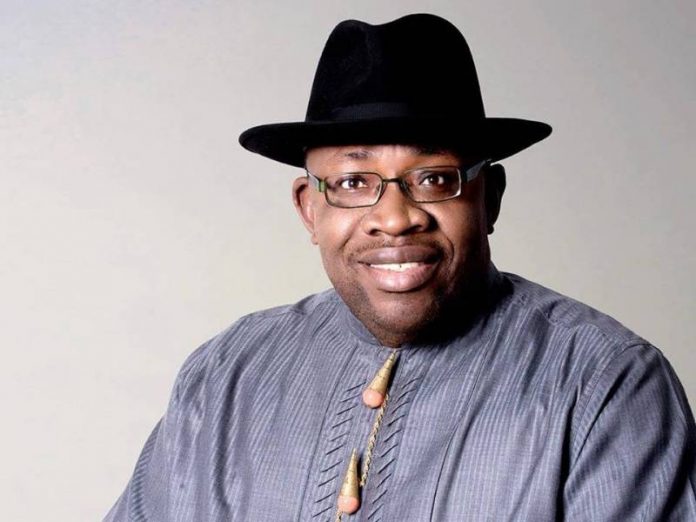 It is the albatross of many a leader, that when they are relieved of political control, they simply stroll into the waiting arms of obscurity. The makeshift popularity simply vanishes into thin air as they hand over to the next person.

Even their most fanatical supporters and defenders would be tasking their mind to scratch a favorable place for them in the court of posterity. They are readily confined into the trash can òf political antiquity having lacked the requisite quality to hoist their quest for continuing political relevance.

But the situation is different with the Great White Shark, the Countryman Governor, Seriake Dickson. In February 14, 2020, when the governor of Bayelsa State finally hands over the reins of governance to his successor, he would be remembered for so many things. It is a fact that he has set a new standard for governance in Bayelsa having initiated and completed many programmes under his watch.

Those who exercise authority over the pages of history would readily focus on the governor’s innovative approach to the creation of access to education.

Without doubts, the inks of history would readily record the Governor’s declaration of emergency in the education sector, the establishment of the Education Trust Fund to fund free education, the Bayelsa State Tertiary Education Loan Board, the establishment of several tertiary institutions including two new universities, (The University òf Africa, Toru Orua and the Bayelsa Medical University), the award of state scholarship to Bayelsa indigenes to study in institutions across the world, the offer of automatic employment to all PhD holders in Bayelsa and Ijaw land, and all First Class graduates in the state.

Posterity would readily link his name to the World Class Bayelsa Diagnostic Centre, the state Specialist Hospital, the Bayelsa Health Insurance Scheme, the Bayelsa International Cargo Airport, the Sagbama Ekeremor Road, the Toru Ibeni Bridge, the massive investments in agriculture and other critical sectors of the economy.

However, apart from this image of a strict public office holder reputed for the dexterous and creative manipulation nay management of state resources for the realization of the set developmental objectives, Governor Dickson is reputed for so many great things.

Without equivocation, Governor Dickson is the most accessible governor who fought the established protocol to pull down the ever yearning security barricades to access his people.

One particular interesting aspect of the man known in religious circles as the Choir Master Governor is the strict observation of the state’s law initiated under his administration which sets aside November 2, as a day to praise God and to bring the people closer to their maker.

Apart from the annual thanksgiving event, his Restoration Government which is anchored on seeking the face of God, ensures the observation of a state monthly praise night at the King of Glory Chapel, Government House. In addition to that, the governor makes it a strong personal habit to devote an hour of service to praise God everyday before the commencement of the day’s work.

Interestingly, during these religious events, Governor Dickson does not just sing and dance with the congregation. He restates his announcement to the excited choirs in virtually all major religious events that he is an honorary member of the choir by singing special his special numbers to the Almighty God. With his left hand wielding the tambourine and the other on the microphone, he would mount the altar to sing the praise of this God he glorifies for the successes of his administration.

His belief that the Almighty God is the rock of the success story of the administration does not falter. Usually, such services to God do not come to an end without the Governor’s special dance steps known as across state as the “Ikedi Step.” This special dance step of the governor is inspired to by the ever present urge to give God his only food – Praise.

He holds the strong view that one cannot serve God without giving quality efforts to the service of man. His exudes that milk of human kindness, warmth and love for humanity that triggers the genuine quest to serve society.

The Dickson phenomenon is a break from the prevalent practice in the society which encouraged the erection of barriers and stifling barricades between leaders and the people. A leader with a heart for the people, the governor deliberately creates opportunities for effective interaction with the street, far away from the restrictive protocols and confine of the Government House.

During those sessions with the street, the governor makes deliberate efforts to ward off the security barricades and indeed suspend the protocol designed to protect him. It has always been his refrain which is known to his aides that the good people of Bayelsa should not be shielded from him.

He interacts freely with the people, taking selfies with them and listening to some of their complaints. On several occasions, the Governor has directed his ADC to give immediate solution to some of the genuine complaints of the people.

Expectedly, this periodic sessions and interaction with the street has endeared him to the heart of the people. Quite often a crowd from nowhere would always emerge to announce the presence of the Governor in any given location. The chants of Ofuruma Pepe, the Great White Shark, and the curious one from the Igbo community “Ekwueme,” would announce the governor’s presence in any area.

These unscheduled visits offer the governor the opportunity feel the warmth and pulse of the people. Usually, leaders of the youth groups would come out to “greet” and interact with the governor and offer their words of encouragement to his administration.

In almost all such visits, the governor never turned his back on the people. He listens to them, held their hands and proffers the unexpected solutions where necessary. During those sessions with the street, the governor would be besieged some with unsolicited and creative chants with the intent to “scope” him.

But the governor’s reputation as the most accessible governor becomes even more pronounced whenever he visits his Toru Orua country home to interact with nature and his roots. These visits occasioned, sometimes, by project inspection create the forum for old friends, family members, community members and others to walk up to him to hold “crucial talks” with him.

Even more interesting is the easy access of the people to the governor’s compound. In most cases, the gate is flung open to members of the public to access the Governor residence.

Also of particular interest is the feeding pattern of the governor and large number of people that besiege the dining table. As an Ijaw man of culture, the governor does not eat alone, a habit he has maintained over the years long before he became governor.

The Ofuruma Pepe enjoys sharing the dining table with people who are usually encouraged to approach the dining area without hesitation.

Fidelis Soriwei is the Special Adviser to the Governor on Media Relations at Government House, Bayelsa State

Nigerians Deserve The Truth From Their Leaders

The Ghost of Qasem Soleimani

12 thoughts on “The Other Side Of Countryman Governor”