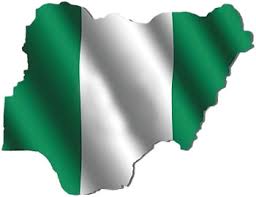 Sadly, the welfare of citizens in a society where unequal distribution of wealth, silent embezzlement and misappropriation of fund, funds colonization by some set of people thrives, then there will surely be distortions because the funds meant for providing the means of welfarism especially for citizens has been diverted to private pockets. We've come a long way to become a complex phenomenon and interestingly Nigeria as a nation will continually amaze and frustrate any right-thinking person because with the current trajectory and perks of abstract promises by the Government especially pertaining to the plight of workers who continually toil all-day-all-night and corps members who've sworn the oath to serve under the sun or in the rain even in midst of discomfort waking up daily to the news of everyday plan to increase the minimum wage then 2019 may come and go with nothing much to rejoice about.

In Nigeria, the minimum wage dilemma has been a subject of discourse for a while now despite the negotiations between Labour and the federal Government, the sky is still not looking bright for workers, even with the news of purported increase in monthly allowance of corps members. Currently the Nation's minimum wage is pegged at N18,000 and this is however long overdue for review since 2011. 7 years down, the Nigerian Labour Congress (NLC) and other organized Labour have all maintained a low-profile status in listening to the yearnings of its members despite the proposal for a new minimum wage.

While we find solace in manipulating the nation's economic data to paint beautiful economic situations of the nation, the real measure of social and economic progress goes much deeper than the growth rate, international ranking, oil production level or volume of foreign reserves, the standard of living showing the per capita income of workers is very much vital especially pertaining to the manpower.

Even with the fluctuating inflation and a distressed economy, many average Nigerian workers are having a hard time in meeting up with the basic living standards, barely able to meet their basic needs. Year-in-year-out in celebration of workers' day, lot of mouthwatering speeches across various states is the order of the day, yet Nigerians are living under the 'survival wages' even with conflicting figures. Our indefatigable Senators, dynamic Honourables and other top government officials are enjoying heavy allowance while in contrast, their wage bill can pay scores of graduates. While there might be arguments that the 36 states across the nation might have varying financial capabilities especially in the generation of internal revenue, the uniform wage rate still needs an upward review.

It should be recalled that on November 22, 2017, President Muhammadu Buhari approved the appointment of a 30-member committee to work out a new minimum wage. While Civil servants in Nigeria are eagerly awaiting and anticipating a favorable wage increase after years of enduring a ridiculous and lowest wage structure but our public office holders, including members of the bi- cameral parliament are enjoying the biggest wages in the world according to a classified report.

The services provided by hard-working corps members across the state in the nation spanning through villages and communities is such immeasurable that the government cannot truly afford to pay for it. They are paid minimum wage, well a pittance of 19,800 Naira monthly and are expected to be offering wholesome services to these communities they are posted to with all sense of resourcefulness and ingenuity. So many corps members depend solely on this stipend even those in favourable and unfavorable locations. It should be noted that the National Youth Service Corps scheme which was established on May 22, 1973, was conceived as a component of the ‘3 Rs’ – Reconciliation, Rehabilitation and Reconstruction but however for decades now, down the line the scheme is yet tilt towards the radical reforms that will bring the scheme in tune with the social and economic dynamics of the nation by ensuring adequate compensation of these corps members.

While the NYSC scheme is the route through which some graduates get jobs and also enables some to get basic experience and upkeep for some time, there's still need to further compensate their invaluable services because year in, year out, thousands of corps members are pushed out with nothing to hold onto. Brig. Gen. Olawumi, a former NYSC boss had the vision to increase the monthly allowance of corps members, but the dream died a natural death, He said “we have brought to federal government’s attention the urgent need to increase some of the allowances due to corps members complain and recent response suggests a strong ray of light at the end of the tunnel”. As corps members, the uniform attracts attention not until when the real deal of struggle for adaptability and survival set in then National Youth Service Corps (NYSC) turns into Now Your Suffering Continues for some people.

Down the memory lane, it should be noted the corps members' allowance popularly known as ‘allawee’ was increased by former president Goodluck Jonathan in July 2011, from N9,775 to N19,800. Just recently, the transport allowance for each Corps Member was increased from N1,500 to N1,800 while the local allowance is now N1,400 as against the earlier N1,000, this however maybe sending a signal that there's still light at the end of the tunnel in respect to catering for the welfare of corps members as regards increment in the monthly allowance. Even just few days ago, The Director-General of National Youth Service Corps (NYSC), Sulaimon Kazaure also spoke favorably in respect of the increment that the allowance being currently paid to corps members monthly is inadequate to provide for their needs. He said, “Our efforts to ensure that the monthly allowance of the corps members is increased have yielded a very good result following series of discussion with the Minister of Labour and Productivity, Chris Ngige. “The N19,800 paid to corps members is grossly inadequate to cater for their needs during the mandatory one year service to the nation. The federal government had set-up a committee to look into the upward review of the minimum wage which will determine the increase of the corps members’ allowance.” this however seems to be like another season of perks of promises which might not end up in the trash can or the desk of the parliament, but however one can still be hopeful.

Àlàó Abiodun is a Journalist, He writes from Lagos.

Nigeria, if only we had fathers

10 thoughts on “The Plight of Nigerian workers, ‘Corps members’ and the minimum wage conundrum”