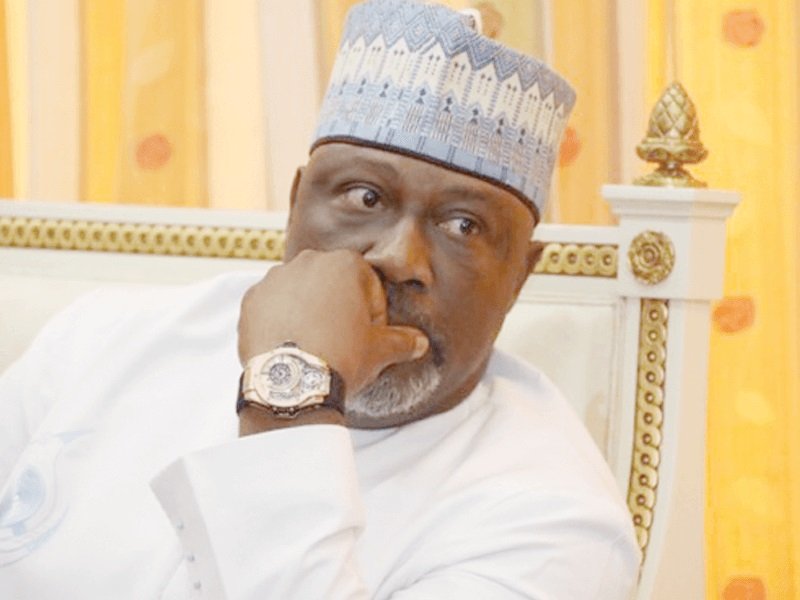 Senator Dino Melaye first came to national consciousness in 2007 when the then first female Speaker of the Federal House of Representatives, Patricia Olubunmi Etteh was impeached as Speaker for an alleged financial malfeasance. A group known as the Integrity Group was hurriedly formed to install Honourable Dimeji Saburi Bankole as the Speaker. The Ijumu born politician played a major role in the enthronement of Bankole and subsequently became extremely vocal on burning national issues.

He is rather dramatic and missed his calling to becoming an actor as he can be aptly described as a drama king. He loves showing off his exotic range of cars and beautiful mansions on social media especially on Instagram. He was once asked for the source of his unexplained wealth as he wasn’t known to be a successful businessman before his election into the House of Representatives in 2007. He replied that ‘Do you ask a poor man for the source of his poverty; why then ask me for the source of my wealth?’

In 2015, his fortunes soared as he found an ally in former Senate President, Bukola Saraki. He was given ample time to air his views on the floor of the Upper House of the National Assembly and also accompanied his political master to defect to the opposition Peoples Democratic Party (PDP) without any repercussion of being recalled by his constituent members.

He was not without controversy as he had a big row with Senator Oluremi Tinubu who represents Lagos Central and is the wife of the APC National Leader, Asiwaju Bola Ahmed Tinubu. He threatened to beat her up and get her pregnant as he alleged that she drew the first blood. He also went as far as walking on the streets of Bourdillon in Ikoyi, Lagos where Bola Tinubu resides and dared him publicly to harm him. The video was widely circulated on social media.

He also had a huge spat with the Kogi State Governor, Yahaya Bello. Initially when they were both in the APC, he greatly canvassed unflinching support for him selling the idea to the electorate that they needed a youthful governor. He drummed up support for the hitherto unknown Bello and traversed the length and breadth of the state soliciting the people’s support for him. Justice didn’t then matter to Melaye and the running mate to the late Prince Abubakar Audu, James Abiodun Faleke was unfairly denied the party’s gubernatorial ticket. There was no word from Melaye opposing the rather unjust action by the party leaders in the state. The so called apologist of good governance kept quiet in the face of the persecution of Faleke who roundly rejected the Deputy Governorship slot offered to him preferring to remain in the lower chamber of the National Assembly.

Melaye having defected to the opposition PDP soon had a nasty fall out with Bello. He lampooned him constantly on social and traditional media and alleged that the latter was behind a botched attempt by the people of Kogi west to recall him from the upper chamber.

His sense of decency is at best akin to that of a teenage Jack Lad – he once said he was better in bed than Governor Bello. How indecent!

He once regaled the nation with tales that he attended a couple of Ivy League institutions including Harvard and the London School of Economics and Political Science. Harvard and LSE roundly denied it and an investigation was forced to be conducted on whether he even attended the Ahmadu Bello University where he studied Geography.

After the forced ouster of his political boss, Bukola Saraki who was sent to political Siberia by the people of Kwara Central, he didn’t really strike the right chord with the new leadership led by Senator Ahmad Lawan. He then decided to take a shot at the gubernatorial seat to unseat Bello and enthrone ‘good governance.’

His chances were rather slim as he hailed from Kogi west which is the smallest in terms of population size of the three senatorial districts that make up the state. The PDP wouldn’t afford to take that risk given that Bello, an Ebira man had the second largest population voting block and he smartly made his then Chief of Staff, Edward Onoja his running mate who was an Igala man which had the population majority of the state. Asides Melaye’s controversial and infantile dispositions, based on the population voting bloc, he was clearly a hard sell.

He came fourth in the primaries and screamed blue murder that it was rigged in favour of Musa Wada, the younger brother of Captain Idris Wada who was a former governor of the state. He exhibited bad sportsmanship by rejecting the offer to be the campaign coordinator of Wada.

The last re-run of the Kogi West Senatorial district where he lost by over twenty thousand votes to Senator Smart Adeyemi whom he once referred to as his political wife shows that the people of that constituency have indeed spoken and are fed up with the political clown representing them in the red chambers.

He has vowed to appeal the ruling; let’s see the outcome of the appeal. On a lighter note, he could consider joining Nollywood as he would make a good actor even in the mould of an African clone of Sylvester Stallone.

Is this the nunc dimities for Ajekun Iya? Will he bounce back? Will this be his descent to a political winter?

Time, the greatest gift bestowed on mankind by our creator will surely tell.

The Sh*th*le resume of a Nigerian politician

To Die in the South – Martin Beck Nworah (MBN)

7 thoughts on “The rise and fall of Dino Melaye?”