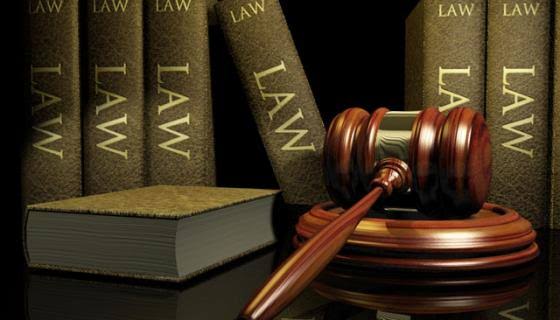 John Locke could be likened to a prophet when in his social contract theory, he expressed civil disobedience as a consequence of failure in running the affairs of the state. It is incumbent on citizens to protest against any violation of their rights or failure of duty in various ways but such must be within the limits of the law.

The quiet capital city of Abuja has witnessed chaos and violence in recent days as a result of the perceived call for restoration of true democracy, obedience to the rule of law and efficient practice of all-time honoured principle of democratic governance first propounded by Baron De Montesquieu – separation of power.

Could it be that the head of the executive in the administration is not the Democrat we perceived him to be after the baptism that christened him a civilian or did he remain a monster and a rascal despite his baptismal promises? Is he treating this menace with kids gloves? hiding a defendant from his people, and allowing undue interference with the due process of the law and flouting the orders of the court with impunity and transcending from one wrong decision to another as alleged in many quarters?

Locke makes it clear that Tyranny occurs when the ruler makes not the Law, but his will, the rule and his commands and actions are not directed towards the good of those who are under his watch but the satisfaction of his own ambition, revenge or any other irregular Passion.

The Constitution from its preamble is an act of the people, and it vests powers on all organs of government and provides limitations to same. It grants rights to citizens and also limits same, hence whenever any arm of government acts ultra vires, it loses its power and same returns to the original source- the people, who have also a right to resist wrong decisions of government in a civil manner.

Yours sincerely recall with dismay the reason for the continuous incarceration of Sambo Dasuki and the leader of the IPOB Mazi Nnamdi Kanu: a certain avenger feels that their alleged offences are too grievous to have them move freely even when a competent court of law thinks otherwise. This is indeed, a highly undemocratic step taken by one who professes democratic creed. We must respect every institution, that is why we have them.

Same fate is alleged to have greeted the founder and leader of the Shiite movement in Nigeria Yaqoub Ibraheem El-Zakzaky, who has been in incarceration with the Department of State Services (DSS) in seclusion since December 2015 despite the order by the court that he should be released to the police, where I think he will have access to his people. By this action, the executive usurped the power of the judiciary to interpret the law. Where then is our democracy, or is the president carrying out the will of the people which will does not comply with the law?

The fons et origo of all our laws, the Grundnorm – the Constitution, remains the Magna Carta defining all rights and responsibilities, and the same clearly provides various rights for a defendant in a criminal trial. The same Constitution vests judicial powers on the court in Section 6. Whence does any other institution or person derive his authority to interpret the law in his own way?

It is common knowledge that you cannot disobey the order of a court and still come back to same court to seek redress. See Gov. of Lagos State v. Ojukwu (1986) 2 NWLR (pt. 18) 621. It is however, appalling that a man surrounded by revered and learned men of the Bar and even erstwhile activists with great erudition, is in flagrant disobedience of the law, and none of them could draw his attention to it. Or, could it be that he doesn’t listen to their counsel?

The Nigerian Constitution is Supreme over all persons and authorities, including the President, (Cf. Section 1 CFRN). At this point of our national life, Mr. President must as a matter of urgency, clear all the mess and crisis this is instigating rather than being adamant or self-centered with these matter ditto the Dasuki matter and accordingly, allow the law to take its ordinary course so that peace and tranquillity can be restored in the Federal Capital Territory. Disobedience of the law will bring about civil disobedience, and the pilot of this ship must take responsibility for his high-handedness in piloting the affairs of the nation with non compliance with the law.

We call on the members of Shiites to push for their interest in a peaceful manner and not create further chaos or try to break into cordoned areas, because while peaceful protest is a guaranteed right, the said right must not conflict with rights of others in the society. The Supreme Court held in Medical and dental practitioners Disciplinary Tribunal v. Emewulu, [2001] 3 S.C.N.J. 106. that all freedoms are limited by state policy or overriding public interest. we have lost scores of innocent citizens to this menace and both sides are at the receiving end, hence, there is every need to nip it in the bud already. The law must be allowed to operate naturally irrespective of whose ox is gored and it is not to massage any nan’s ego.

May God grant eternal rest to the departed souls and console those they left behind. God bless Nigeria. Good People, Great Nation.

Imo Pdp Guber Battle, Not Yet Over.

How Music Develops The Society

No! To Restructuring, We Want Plebiscite.