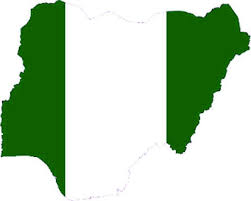 A lot of realignment is going on, so much happening in the political landscape. The timetable is out; many are doing their homeworka��others are rounding up class work. Many of Mr. President’s blue blood will desert him and quite a few will be hunted at the eleventh hour after being thrown away, the opposition will be getting into all sorts of marriages of compromise. From Atiku, to Col Umar Dangiwar, conventions of the main parties will show a mirage of the more we look the less we see.

The Nigerian politician in the next couple of months again gives credence to the illustration I would give before I go far.

Two men met, and struck up a conversation. One was telling the other about some family problems he was having with one of his many kids. After a while the other guy said, “You think you have family problems? Get a load of my situation. A few years ago I met a young widow with a grown up daughter and we got married. Later, my father married my stepdaughter. That made my stepdaughter my stepmother and my father became my stepson. “Also, my wife became my mother-in-law of her father-in-law. Then the daughter of my wife, my stepmother, had a son. This boy was my half brother because he was my father’s son, but he was also the son of my wife’s daughter, which made him my wife’s grandson. That made me the grandfather of my half-brother.

These days when one wakes up, the first thing I do is to call colleagues, friends and foes alike to find out if we are still safe, if our politicians have not sold us back into slavery. I try to find out if we are still Nigeria and Nigerians. You do not want to blame me for that. The opposition is trying to put up front and yet then swim in the same mistakes of those they want to change. The fact is simply put; there is something about the Nigerian politician. The ruling party is terrible; the opposition is an abridged version of terrible

When I use the term the Nigerian politician, I use it from the perspective of not just an individual but also a bunch that includes the leadership, leaders, citizenry and the led. There is just something about us that is just not right or that we are not getting right, we all acknowledge that there is a problem but we simply cannot stick to an all purpose solution, so round and round in circles we go.

Have you ever had a near death experience with an oga-at-the-top convoy, one that could have as little as ten cars or more, a detachment of mobile policemen and you wonder who wants to kill this man and why all this power play.

Do you think that this man would want to leave this luxury as it had become…No! Everywhere, our selected or rigged in officials go about town feeling like demi-gods that they have become. I know of a politician that drives in a convey of 20 cars, not to another state but to Sunday service and you guess where the church is; at the government house, a 6 minute walking distance from his official residence.

Our politicians would and indeed do anything to retain power and to remain relevant that is why a distinguished Senator wants to become an extinguished Governor irrespective of the seemingly demotion, all that matters is the power, the money, the madness that comes with the office.

The Nigerian politician claims on one hand that his people wants him to serve yet he breaks the bank vault, borrows money at cut throat interest, sell his birthright to a godfather and promises heaven on the road to hell. Interestingly when the becoming becomes unbecoming we are witnesses of the end product and they successfully keep us busy with analysis, which do little in changing the fact on ground.

That the Nigerian politician is a crook is obvious, but then when a people chose the path of silence they pay the price. Ironically politics in Nigeria and by Nigerians is illusionary and subject to political geometry and arithmetic beyond the ordinary man. So we may want it, but do they want it, it is all about what they want. The Nigeria politician is always looking for avenues to explore the masses, not that they have to look far because we give them quite a number of them and so they openly exhibit gross greed, use our collective sweat to secure the good life and not blink an eyelid. After all what can we do?

For the Nigerian politician every elective position is a chance to come and chop, that is why they move from one party to another, one ideological bloc to another, and mind you the ideology is nothing but where the money is. Sometimes one does not blame them, have you ever seen a rejected or dejected politician, one that has been outsmarted, see him without the so-called paraphernalia of office and you certainly would feel pity for that politician, and then you would understand why they are ready to die for the position.

The Nigerian politician is an expert in his own type of mathematics where 2 plus 2 never gives 4 on the contrary, it could yield as much as 6, 7 and 8, while in cases you may have a task in getting back 1. Our politicians lie with straight faces and bother less about what the people think. In Nigeria, the politician learns the art of lying is a skill, he is required to lie as a principle and he does it even to the admiration of the devil and without a heart. So they play politics with health, education, water, roads, agriculture, transport, they conceive their own gods and sometimes it is difficult book marking them from local touts.

The nature of the Nigerian politician makes it pertinent that we lack an opposition because we all play the politics of the stomach, its all about what we will chop…so its a compromise, concession and still we do not get a consensus. Rancor reigns supreme, the voice of the nays are loud yet we say the yahs have it. Everybody is related one way or the other and hardly has anything different to offer. We cannot spot the difference because the difference is the same.

According to John Adams, “Facts are stubborn things…” And with very little adjustment, what I have outlined is the resume of a typical Nigerian leader, elite or member of the political class. Forget that entire technocrat, or professional tag they all carry. When the machete is by the grass, they all are the same difference.

So, as another election circle is near us I would say that we at most, talk, write and discuss the Nigerian myth, one that is leadership, with a sense of fatalism. If everyone thought as much as I did about justice and fairness, life would be better. I am critic, but I am also the criticsa�� critic, the unrepentant believer that the best way to keep government on its toes is to keep harping on their flaws so they can improve.

Often I say I believe the things I write on, are important for our nation as they are for other nations, but when it appears to me Nigerians especially those in authority do not react to these issues as people in other lands do, I repeat them in new essays to remind old readers and recruit new ones to participate in the continuing dialogue.

Sadly this is Nigeria where nothing works and no one cares, when it works, it is because someonea��s interest is about to be served or being served not the peoplea��s interest. Like the fuel scarcity charade, or the abattoir called Benue and the insecurity, as a people we can hardly agree on anything, yet we say what unites us, are more than what divides us…indeed, and in that case then…what really unites us, than our thieving political class? And for how longa��Only time will tell.

Political Activism In The Face Of Tyranny