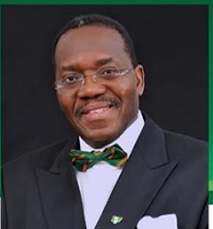 Not only in developing countries, where human existence is still sort of primordial, but globally, men are wont to ask, what human society as embodied in the state holds for them. In other words, why does the state exist? And to what ends should its raison-d-etre serve?

So one of the most exciting foundational courses offered in most faculties of Humanities, Social and Legal Sciences, worldwide, is a�?Political Philosophya�? or a�?History of Political Thought’. In some climes it is also offered as a General Studies course for all students. At postgraduate and doctoral levels, this becomes more pellucid, dwelling amply on the ethical foundations of the state and what values could rightly be placed on individual lives.

It is also relevant to state that virtually all leaders of religious traditions spent a good part of their teachings, using various metaphors and imageries to elucidate this matter of the state. More pointedly, thinkers upon the succeeding generations have followed the legends, Socrates, Plato, Aristotle to keep the tread of discourse on the question of the moral foundation of the State alive. During the 16th to 18th century Enlightenment Era, most men of knowledge, around European capitals of the time, joined to adumbrate on this matter. So from France’s line up of philosophers such as Rene Descartes, Voltaire, and Montesquieu to the Swissman, Jean-Jacque Rosseau and Germany’s duo of Immanuel Kant and Friedrich Hegel, what bothered the minds of the greatest of men was: why does the state exist and what does it hold for the individual? In England of the time, the stage was broader as scholars such as Francis Bacon, Thomas Hobbes, John Locke, David Hume, Jeremy Bentham, John Stuart Mill and more recently, Bertrand Russell all sustained the relay of this conversation for hundreds of years.

The conclusion from all of these philosophers, with variants, was that there exists a kind of metaphysical or moral ‘Social Contract’ between men and fellow citizens on the one hand and between the individual and society or state on the other. By this, men, especially our original progenitors are presumed at a time in the dim past, to have chosen to opt out of a ‘state of nature’ similar to how animals live in the jungle to subject their individual wills into a ‘vole collective’ or an aggregation of the general will of all members of society. That is, having escaped the supposed brutishness of the animalist life of the forest, men are believed to have given to the state what appears to be godly powers to order their daily peaceful existence.

To this established norm, we are all born into and anything contrary is regarded as defiant and a derogation.

lndeed some philosophers such as Karl Marx, went the extreme to elevate the state almost to levels that prejudiced itself against established religious orders and orthodoxies. His thoughts ignited mass movements in the Russian axis leading to the success of the Bolshevik Revolution in 1917. By that, its leader, Vladimir Lenin and those who came after him embarked, to create a supra-national state of social contracts known as Soviet Union (USSR). Mao Zedong carried out a similar communist revolution in China in 1949. These states and their satellites around the world were defined by collective existence, collective actions, communism etc. As a matter of fact, they came with an atheist undertone, as the State became a kind of all-in-all, leaving very scant or no place for religion or spirituality.

It is apt to elucidate that in its simplest illustration, the Social Contract as it pertains to man and the state is reflected in the kind of involuntary symbiosis found in normal father and child relationship. Men therefore expect the state to protect them and pursue their maximum wellbeing. In extreme socialist and communist cases, the state was devolved with the authoritarian powers of thinking for and caring for the individuals, all through life. In same moral exegesis, Kings, Princes, noble leaders and the like are ordained and emplaced to pursue the ideas of collective happiness and wellbeing. So even African response to colonial rule, fuelling nationalist struggle for independence was founded on that same narrative of wanting to build ideal nation states.

If the state was created for such superlative and altruistic ideals, the question which pokes the minds, thoughts and consciences of most analysts, and commentators is : why do people who are entrusted with the sacred heritage of the a�?collective willa�? turn out, time after time, nation upon nation, to be its greatest enemies? Such people have made the narration of world history a lamentable tale of endless conflicts, cruelty, travesty, injustice and bloodshed! Yes. Some rulers have really been cruel, mean, wicked, and devilish. A few examples will suffice.

We all recall the historical and religious accounts of evil potentates, like Pharaoh of Egypt and King Herod of Judea, both of whom ordered the killing of all male children, simply to satisfy their selfish interests. Similarly, Caligula and Nero were two Roman Emperors during the first century AD. Their dynastic legacy produced stately forebears such as Julius Caesar, Mark Anthony and Augustus Caesar. Yet both of these two emperors are merely remembered in history for tyranny, sadism and reprobate lifestyles. Under Nero for instance, the City of Rome, then capital of the world, found itself engulfed in a mysterious fire in 64 AD which destroyed most of the city. This was linked to him.

Going further down, the French Revolution with the maxims: a�?equalite, egalitariate et fraternitea�?, inspired liberation in the Americas founded on Republican ethos. But back home in France this revolution also produced a man named Maximilien Robespierre. Though very successful as a revolutionary leader, he ended his life very sadly, swimming in the blood of thousands whom he guillotined! He enjoyed killing people at will on all trumped charges. Another named Prince Vlad the Impaler Wallacha (Central Europe), is now typified merely as Count Dracula, a venomous vampire for his cruel acts. As a ruler in central Europe he loved the disembowelment of human beings. Another is Ivan the Terrible; first ruler of Russia. He is historically known for burning thousands alive. If we hazard a deep into African, Asian and Inca or Aztec civilization of South a�� America, blood, blood and blood trail the rulership of many. And the Trans-Atlantic State which went on 400 years under the watch of Africa leaders of the time, where about 12-15 million people were forcefully enslaved, many dying during passage.

In our own 20th century, what about Adolf Hitler and his henchman, Adolf Eichmann, on whose heads rests the blood of millions, including about six million Jews who were incinerated in the holocaust. The accounts of what Italian dictator Benito Mussolini are still gory and repulsive. This has become a reference point for reprobate governance within Europe. What about the sad tales of over 20 million people who were killed in Josef Stalin’s twenty-nine years rule in Soviet Union. Also, can history so quickly forget Pol Pot of Cambodia under whose savagery millions of people disappeared similar to what Augusto Pinochet did in Chile? What about the unabashed excesses of Idi Amin of Uganda and Jean-Bedel Bokassa of Central African Republic and the genocide in Rwanda where over 800,000 people died.

Far and near, the world is still littered with terrible, bloodletting leaders and their cheerleaders. One thing is common to all these people, they forget that earthly existence and indeed the privilege of leadership is merely a pilgrimage and a fleecing effervescence. One day, when everyone is far gone, historians will write, quite coldly, chronicles of all their acts. At that time all their stories like Hitler’s biography ‘Mein Kamf’ will be of no value to launder their legacy. Interesting enough, even a contemporary Nigerian leader, Gen. Ibrahim Babangida, recently bemoaned the fact that despite his lofty achievements in democratic consolidation, little or no credit at all is being given to him. More than that, he doubted if any will be interested in reading his biography, because of his military past. Maybe the revered General in his characteristic humility is a bit hard on himself. Deservedly, some rulers of men will be remembered for seeking peace, benevolence and goodness. Alas the memory of others known for inflicting pain, injustice and bloody trail will be accursed with infamy, ignominy, irreverence; and not the least sighing. They will only join the pantheon of “the infamous”

Igali, is a Diplomat, Historian and an award winning Author. Former Permanent Secretary – Ministry of Power, Ministry of Water Resources; Former Ambassador of Nigeria to the Scandanavian Region.

10 thoughts on “The Social Contract, Leadership and the Journey towards Infamy”