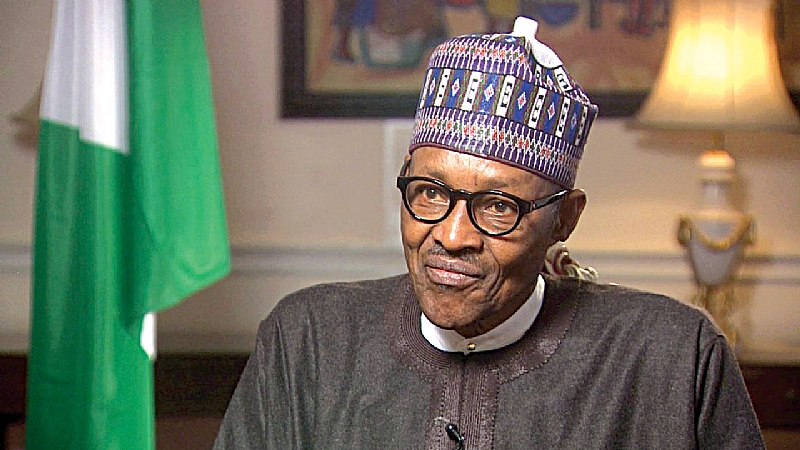 As the topic of this write-up sounds, I want to be a bit analytically numinous in order to drive home my massage. There is a very extraordinary mathematical equation in Nigerian politics of today which I wished the Anambra-born Professor Chike Edozien Umezi Obi was alive to resolve for my compatriots, not really all Nigerians but a sizeable number of them. Luckily, Obi was a profound politician cum mathematician who died on March 13, 2008, that is barely seven years before the geometric enigma sprout out in Nigeria’s politics; seven years because it actually started in 2015. Many citizens, especially from the elite, have tried in vain to comprehend this new arithmetic; some merely detest it because of the originator while others out of curiosity took up the challenge to break its shield. To be able to appreciate it, one must think out of the box. It is not algebra or theorem or even further math. It is known as Buharimatics.

Buharimatics is a mathematical forecast by this writer in relation to President Muhammadu Buhari and the numerical mysticism upon which his enigmatic colossus and celestial accessory superimpose parochial liturgy in a manner that transcends the bounded grasp of foes and fiends. It is a barometric apparatus that has imploded the devilish conglomeration of diatribes on an earthy piece known as Nigeria. Buharimatics, in the simplest term, is the multiplication of numbers to equal a comfortable number of years within which Buhari should lead Nigeria for socio-political and economic stability.

While I attempted to explore the qualities the next president of Nigeria between 2019 and 2023 should possess, I was able to rediscover the unlimited epithets in a name that is quite uncommon in Nigerian politics. And people of mental acme believe in the effects of names. And while in high spirit dissecting the unique name, I found William Shakespeare with a clue in Romeo and Juliet, that: ““What’s in a name? that which we call a rose; By any other name would smell as sweet.”

I derived joy in the name, no doubt, and believed that God has chosen it. Therefore, I summed up an equation which I finally put up before my colleagues. The equation was this: B²+U²+H²+A²+R²+I²=BUHARI²=2²=8. My results were that bravery and brilliance were equal to B²; unbending but understanding equal to U²; humility yet hardworking equal to H²; accountability and accessibility equal to A²; resistance yet recollecting equal to R²; while invaluableness yet illustriousness were equal to I². One of my friends and a diehard supporter of President Buhari from Ebonyi state, Mr. Otah Ibiam quickly named it Buharimatics. I was very enthused with this that I decided to expatiate it. This equation is absolutely much easier to solve than the one where 1+1+1 is equated to 1, though the latter is engraved in unorthodox mysticism. But the irony of this is that majority of the students who unanimously agree that three ones is one are the ones defiantly rejecting the Buharimatics of 4+4=8.

is simple. A man who was believed by the proponents of “three in one” theory to have died, suddenly resurrected to discharge the responsibilities placed on his shoulders by the Supreme Order. Having reached the land of uncommon existences and seen how good mankind should be beyond the comprehension of special people like Nigerians, he was fortified by divine presence to face all oddities and challenges preordained for him to conquer. They wish him death, but he has conquered it against their wish. Buhari, like any other mortal, will go at the time scheduled for him by the Supreme Order, not by the mere wishes of the mortals who cannot assure themselves of their own lives. So, I am not afraid to say that Buhari is a superman. If not, he would have become a history told to his lovers even by his haters.

Buhari is simply a new mathematics in Nigerian contemporary politics. Buhari does not need a political party to win election in Nigeria. I have severally repeated that if not that he was rigged out in 2003, 2007 and 2011, the development of Nigeria would have superseded its present stage. So, it is better for those opposing this simple arithmetic to identify with it. This is because Buharimatics or otherwise has its consequences. My fear is not for the success of Buhari in 2019. My fear is who takes over in 2023. Can the person wear the big shoe Buhari will leave behind?

Since Buhari came into power monies hidden in unimaginable places by politicians have been discovered and returned back to the government but the national lawmakers have refused to pass the law for its utilization for national development. Vehicles loaded with millions of foreign currencies kept in forests have been discovered by the anti-graft agencies. The lavish life style of Nigerians has changed. There are now few or no private jets littering Nigerian airports. A colleague asked if jets are not sold in markets any more. In ceremonies, Nigerians no more compete in wasting money.

Therefore, the Buharimatics magnify its supernaturalism when its local and international underpin are juxtaposed. At home, some groups are not comfortable with Buhari’s second term bid. Some politicians have deserted sleep, regrouping and even dining with old political foes all in an attempt to stop Buhari’s second coming in 2019. But the devils know their limits. Voodoo masters know their boundaries. God’s power supersedes every other power. Imagine Atiku who was begged by Obasanjo in 2003 and who had a very bad treatment as vice president, now begging the same old “wicked” boss for support. The homes of Obasanjo, IBB and by extension TY Danjuma have become Makkah for PDP presidential aspirants. I do not know if other living past Presidents: Gowon, Shagari, Abdulsalami and Jonathan are no more relevant in Nigerian politics.

Their opposition is not that Buhari is not performing. It is because there is very little or nothing to share as the old conceived “national cake”. They are angry that Buhari has abolished “national cake” and replaced it with “national service”. And the new trend of “national service” refers to the recognition of individual performance and positive contributions to the nation building. Anything out of that, the individual is on his/her own. However, a huge percentage of the citizenry is in terms with the new system of governance and is ever ready to defend continuity for stability.

While that is the situation locally, the international scenes are apparently different. Just a few references, the United States of America are all praises for Buhari. Donald Trump proudly pointed at Buhari and eulogized him in front of American top government functionaries. Britain has expressed joy with him. Even Morocco adores him and wishes the Africa continent was united for Buhari to rule because of his sincerity and honesty which were seriously lacking in Nigerian politics. Mauritian President described Buhari as the best President that Africa has so far witnessed. Of recent, the Netherlands hosted him out of the whole presidents in Africa. All African and world countries which Buhari has visited look at him with admiration.

The man who turned round Ghanaian politics and set the country on the path of development, Jerry Rawlings, is overwhelmed by the personality in Buhari. Rawlings was the former President of Ghana when the country witnessed the political mess that Nigeria was plunged into since independence. He stepped on the toes of those who were destroying the fortunes of Ghana, thereby revolutionized his country to a glorious position the country is enjoying today. How many African leaders have taken up such great step to change the fortunes of their countries? Corruption is still ravaging African countries. Many African leaders with few their cabinet members are living in luxury, while the masses live in abject poverty and squalor. Look at Nigeria today, a great number of people are parading themselves as presidential hopefuls, promising Nigerians of what they will do for them if voted into Aso Rock. But my happiness is that Nigerians are growing fast in political awareness.

Hear what Rawlings said about Buhari “President Muhammadu Buhari is fighting for your sake, he is stepping on toes for your sake, he is dying to create a new Nigeria, he is raising the bar for future leaders, he is laying the foundation for a brand new Nigeria, he is teaching both the young and the old that we can do better than this. He is teaching the youths accountability, probity, honesty, integrity, honour, trust, attitude, character, selfless leadership, common sense and commitment. Encourage him, support him and pray for him. It is for your own good”. I have no explanation to the above assertion, suggestion and pontification. These are words from one who practically did it for his country the way Buhari is doing in Nigeria today.

The Economic Community of West African States (ECOWAS) has made Buhari their leader. The International Criminal Court (ICC) has honoured him; Buhari was invited to deliver speech on corruption. The United Nations wishes Buhari well. Who else at the African and international levels that is not happy with Buhari? Certainly, only in Nigeria that the political criminals are wailing because Buhari wants all Nigerians to own their country and not the tiny few who have held Nigeria in bondage. They do not want Buhari for fighting corruption, for not complying with the past system of political Godfatherism and for entrenching democratic norms and civility. But whatever they plan, President Buhari will surely succeed.


Muhammad Ajah is an advocate of humanity, peace and good governance in Abuja. E-mail [email protected]

Whither the socialist spirit of the early church?

84 thoughts on “The supernaturalism in Buharimatics”