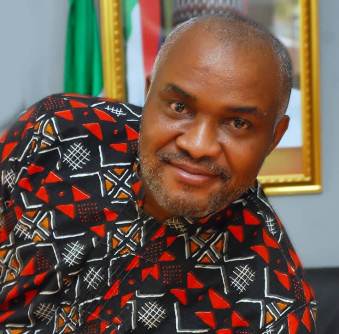 Sport is defined as an activity involving physical exertion and skills in which an individual or a team competes against another or others for entertainment. This is the ordinary dictionary definition of the concept of sports.

Brandon Moore says the essence of sports is that they are played for the enjoyment of competition, the test and betterment of skills interesting to us and for the love of participating in our chosen sports . Commercially, sports are some of the richest employers of labour globally. Some of the richest living human beings made their casj from professional sports. Serena Williams the number one Lawn Tennis player os conservatively worth $180 million; Floyd Mayweather jr is so rich that he grossed $400 million; Tiger Woods who plays professional golf is worth $740 million; Christian Ronaldo of Juventus Football club is worth over $400 million.

Holistically, sports from a broad perspective is a critical thematic area that can be analyzed from philosophical point of view. This is the import of the conceptualization of the special area of human studies identified as philosophy of sports.

In a layman’s understanding, philosophy of sports was best captured by a recent entry I read on Wikipedia.org in which the writer defines it as an area of philosophy that seeks to conceptually analyze issues of sports as human activity.

These broad issues of conceptual analyses, can be categorized into five philosophical themes namely – metaphysics, ethics and moral philosophy, philosophy of law, political philosophy and aesthetics. Philosophy generally is derived from two Greek words of Philo and Sophia meaning the Love of wisdom. This therefore means that sports are those enterprises embarked upon by mankind in pursuit and advancement of human wisdom. Still on the theme of philosophy of sports so we can deepen our understanding of the whole essence of both amateur and professional sports. To the British society we will go to because Great Britain is one place in the World whereby sports are multibillion Dollars businesses. Most competitive sports like Soccer begain in Great Britain whereas Basketball that is also a rich sports started in the USA. We will therefore consult one of the best known associations of philosophers of sports to drink from their fountain of knowledge.

They are of the opinion that philosophy of sports should be characterized by conceptual probe into the nature of sports and related concepts, areas and professions. Philosophy of sports, according to this British body, draws upon and develops many of the diverse branches of the parent discipline, philosophy, and reflects a broad church of theoretical positions and styles.

Before we proceed, it would be nice to remind our audience that this theme of reflection today gained inspiration from an incident that occurred in London, during a competitive premiership game between and amongst two of the world’s most respected elitist footballing teams known as Chelsea football club and Manchester city football club.

By some estimates, the two teams that played on Saturday were said to be worth over one billion British pounds which means that the players are some of the most highly rated soccer team professionals in the world.

A visit a while ago to the official website of Manchester city football club to ascertain just a brief accounts of its history stated that in the year 2008, the Abu Dhabi united group became the new owners. The club is said to have broken the British transfer record for the second time with the £32.5 million signing of Robinho from Real Madrid.

On the other hand, a visit to the official website of Chelsea football club reveals what is already known that the team is owned by one of the richest members of the Russian Oligarchy – Roman Abramovich.

The ultimate parent company of Chelsea FC is Fordstan limited and as I said earlier the biggest stakeholder in this Parent firm that owns Chelsea fc is the Russian billionaire Mr. Roman Abramovich.

Chelsea FC is an equal opportunities employer and the board aims to ensure that no job applicant, employee, worker is discriminated against on the grounds of ‘protected characteristics’. The following are what it identifies as protected characteristics: age; disability, gender reassignment, marriage and civil partnership, pregnancy and maternity, race/including colour, nationality, and ethnic or national origin; Religion or belief; sex and sexual orientation.

It is therefore against these backdrops that I have set out to reflect about the unfortunate scenario that played out when the two most respected professional footballing teams met on Saturday during which a black player of Manchester city Mr. Raheem Sterling suffered terrible racist abuses from a lawless fan of Chelsea FC. I, too I'm a fan of Chelsea fc but I'm a black African and so very conscious of the toxicity of allowing racism to take roots in professional or amateur sports. So this reflection is devoid of any sentimental attachment to any club but is a philosophical appraisal of how best to root out the deeply embedded racism in sports generally. Luckily both Chelsea fc as well Manchester city fc just like all premiership teams are yeams that hate racism passionately. As a media professional, I'm aware of the mind blowing allegations that institutionally, the British media has helped to deepen the existence of soccer racism. This calls for sober reflection.

Besides the larger issues of media's involvement in sports racism and most especially in Great Britain which is the World's capital of the most attractive Football, as earlier stated, both Manchester city and Chelsea FC are subscribers to the rules against racism as stipulated by the football governing body in the world known as Federation of International Football or FIFA in short.

Before going through the laws of FIFA which frowns strongly against racism in soccer, let us examine what actually happened at the prestigious Stamford bridge stadium in London which has drowned out the deserved victory of Chelsea in that match against the reigning champions-Manchester city fc.

Stamford bridge stadium is a place i have gone on soccer pilgrimages from my home Country in Nigeria every other year in over a decade and on the last count i have had to spend nearly £10,000 of my hard earned money to buy different souvenirs from the flourishing soccer shop located within the expansive football complex in Central London.

Regarding the incident under discussion, the media reports that Metropolitan Police officers have spoken to Raheem Sterling as they investigate an incident of alleged racist abuse aimed at the Manchester City star in which a fan allegedly called him a ‘f****** black c***.’

The media recalled that it was just Six days after a banana was thrown towards African Arsenal star Pierre-Emerick Aubameyang by a Tottenham fan in last weekend’s north London derby, Sterling was abused during Manchester City’s 2-0 loss at Chelsea.

Already reactions have trailed this sad incident. Former Manchester United captain Rio Ferdinand suggested that footballers in England should be inspired by Colin Kaepernick’s kneeling gesture and launch their own bid to fight back against racism after this latest worrying incident. Pictures of the moment and a video widely circulated on social media appeared to confirm this, with one spectator allegedly making the racist comment amid a barrage of aggressive abuse from Chelsea fans towards Sterling.

Some big names in the world of football took to Twitter to respond to video footage of the incident. The latest victim of these racist abuses has also spoken up.

Raheem Sterling posted a statement on Instagram on Sunday morning addressing the incident at Stamford Bridge. It read:

‘Good morning. I just want to say I am not normally the person to talk a lot but when I think I need my point to (be) heard I will speak up.

‘Regarding what was said at the Chelsea game as you can see by my reaction I just had to laugh because I don’t expect no better.’

Sterling also said that he believed black players and white players were not treated equally by the media, including the Daily Mail and Mail Online, and that he believes this helps ‘fuel racism and aggressive behaviour’.

Ex-Manchester United defender Rio Ferdinand made his views known, posting on Instagram and Twitter: ‘Are we going to continue to allow this type of racist behaviour go on??? All for kicking a ball!’

Ferdinand’s younger brother Anton was racially abused in a match against Chelsea in 2011. Blues captain John Terry was banned for four matches and fined £220,000 after admitting using the word ‘black’ and swearing at Anton, although he claimed he had only been repeating words he thought the then-QPR defender had accused him of saying.

Ferdinand replied: ‘In the NFL the players took to the knee…’ He was referencing a movement spearheaded by former quarterback Kaepernick, who began a trend of kneeling during the US national anthem in protest against racism in America. Kaepernick famously explained his position: ‘I am not going to stand up to show pride in a flag for a country that oppresses black people and people of colour.’

Former Arsenal striker Ian Wright also weighed in on social media, saying he is under no illusion as to what was said by the fan to Sterling. Wright said: ‘The bad old days are back! Chelsea you have been shamed by this disgusting racist fan! Absolutely no doubt about what he says.’

Match of the Day host Gary Lineker branded the incident ‘despicable’ while BT Sport presenter Jake Humphrey said: ‘If indeed it is proved to be racist abuse then I hope it’s a lifetime ban. No place for it in this world.

A Chelsea spokesman said: ‘We’re aware of reports and video footage. We will investigate the matter and take the strongest possible action where necessary.’

The Igbo Amotekun Must Not Be Convoy

Impeachment Axe against Osinbajo: Has Senate Lost It?

As South Africa Looked Itself in the Mirror

8 thoughts on “The toxicity of Soccer racism”