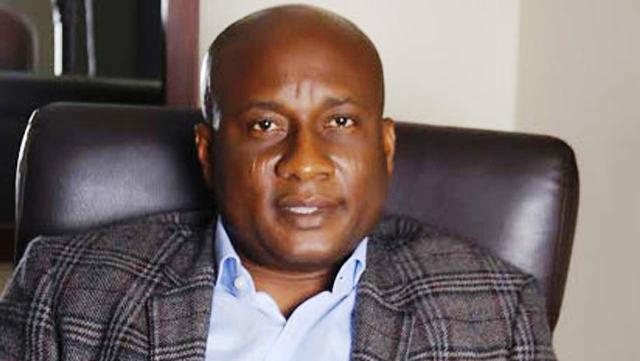 In 2013, Air Peace airlines berthed in the fiercely competitive airspace in Nigeria. Not much was known about the CEO, Allen Onyema before the establishment of the airline which shot him to instant national fame. Some discerning industry watchers asked a critical question: how did he raise the funds to finance the grand project? Some pundits opined that the airline actually belonged to the former First Lady, Dame Patience Jonathan fondly known as Mama Peace. Onyema denied this claim in an interview and told the world that he had never met the ex first lady in his entire life. He claimed he was a very successful lawyer and real estate practitioner before he dabbled into the aviation industry. Welcome to Nigeria where we don’t really ask much questions as to the source of wealth of people. Senator Dino Melaye was once quoted to have said: ‘Why do you ask about the source of wealth about people when they become wealthy; when they were poor, did you ask about the source of their poverty?’

Air Peace then went about its normal business and placed a very high premium on safety. In its six years of existence, they have never recorded any air mishap. It gave its competitors like Arik airline and Aero Contractors a run for their money and aviation analysts started predicting that this will be like the Virgin Atlantic of Africa if they sustained the momentum.

He became an instant celebrity when he offered to evacuate Nigerians who wanted to leave South Africa due to the xenophobic attacks in the supposed ‘Rainbow’ country free of charge. He sold himself to the Nigerian public as a man with the heart of gold and a humane capitalist who believed in charity when still in the pursuit of profits from the labour of his hands.

Some of his admirers screamed to the High Heavens that he should be considered for national honours for being his brothers’ keeper while his critics dismissed his kindness as a mere publicity stunt to boost the profile of his airline.

It was with shock when the US government alleged on Friday, 22nd of November that he was involved in money laundering to the tune of over $20 million. His alleged partner in crime was one Ejiroghene Eghagha who doubled as the Head of Finance and Administration at the airline.

Onyema has since denied the allegation opining that his transactions passed through the Central Bank of Nigeria and it was for the legitimate purchase of more aircrafts for his airline.

The US government reacted by calling for his extradition in order to face trial. There is a mutual extradition treaty between the US and Nigerian government. We await what will be the outcome of this.

These allegations are very weighty and the US government isn’t one to play games with matters as sensitive as this as it involved integrity. I was saddened at this news as we are yet to fully recover from that of Obinwanne Okeke a.k.a Invictus Obi who is presently standing trial in Uncle Sam for money laundering. Our international image is now at the lowest ebb. I personally have suffered a lot in my attempt to conduct businesses with foreigners because of the stereotype of conmen that we have been unfortunately tagged with.

Sadder is the fate of Air Peace which may adversely suffer because of the integrity issues that is surrounding the chief promoter of it. The passengers may boycott it as nobody wants to be associated with something allegedly corrupt. International trade between the airline and foreign traders may grind to an abrupt halt because of the trust challenge. If the airline gets grounded, think of the numerous jobs that would be lost in an already saturated labour market.

Despite my soft spot for Onyema as a result of his intervention in the South African xenophobic attack crisis when the government irresponsibly went aloof, he has to voluntarily hand himself over to be tried for his alleged financial crimes in Uncle Sam. Sentiments shouldn’t be applied here as the law should be no respecter of persons. If James Ibori, a former Delta State Governor could be tried and jailed in the UK for money laundering, nothing should stand in the way of Onyema being tried and if found guilty should face the full wrath of the law.

The government must not stand in the way of this quest for justice by the US government.

In the interim while he is being tried, the airline should be acquired by the Assets Management Company of Nigeria (AMCON) so that jobs won’t be lost as the workers are innocent Nigerian citizens who shouldn’t be made to suffer for the sins of their boss if he is found guilty.

The international community is watching with eagle eyes and there will be dire consequences for the Buhari led administration if it stands in the way of his extradition. The President has been traveling around the globe in search of elusive investors; we must prove to them that the country has zero tolerance for crime.

We must eschew all forms of tribal sentiments and see ourselves as Nigerians and not as tribesmen as many Nigerians will begin to rant that his extradition is an affront to their tribe. In the name of tribalism, we could do some really asinine and ridiculous things.

Over to you Buhari!
Tony Ademiluyi writes from Lagos and edits www.africanbard.com

How is FMC Owerri after Dr Angela Uwakwem?

16 thoughts on “The trials of Allen Onyema”