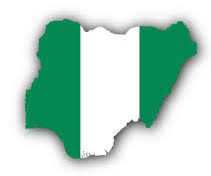 There has been a double increase in the percentage of poor people in Nigeria in the last decade. It has left minds questioning the capacity of our leaders to lead us in the path of progress as we have long been on the road of retrogression. The level of poverty in Nigeria is outrageous and we mired with a lot of issues stemming from ethnicity to political malfesence to corruption and now poverty, and as the world bank reports that by 2030 we are going to be habouring a quarter of the world’s poor people, making many bewildered. Poverty started to deepen in Nigeria at the time of the 1970s oil-price boom that propelled it into the ranks of Africa’s wealthiest countries. As the elite grew richer through patronage networks in the petroleum industry, successive military and civilian governments neglected agriculture, manufacturing, and education. A study prepared for the U.K. Department for International Development showed real annual per-capita income fell from $264 to $250 between 1970 and 1999 despite an estimated $230 billion in oil revenue. As more and more people are been thrown into the basement of the society, the notion that led us on this part was not ine of a barren land or so, but of our ill-thinking leaders and the cataract that blinds them of there collective sin.

The question that comes to my mind this moment is-what is it to be a Nigerian? I will try not to be in a haste answering this question. I have come to see how relevant this question must be to all of us as citizens, that the very name Nigeria most times makes us heartsick. Because to be a Nigerian is to be poverty-stricken or grapple with poverty. To be an unprivileged person because your rights and what belongs to you are been bamboozled and defrauded from you. It is to see failure every day and consciously or unconsciously have lost your will and way. It is to live in a country of a bewildering complexity of a political structure that undermines the confidence of young men and women who aspire to be great. It is to produce your own electricity through generators, construct boreholes to access water, and set up vigilante groups for security. To have no voice or say in the politics of your country. To be unable to get what you want from life because tribe or bribe now becomes an insurmountable bulwark against you reaching your destiny. To have a sort of feeling that you are able to change your status quo but policies that you feel would help instead compounds your suffering. To live without means of eking out a living and a multitude of other joy-sapping problems associated with being a Nigerian.

What scares me most about being a Nigerian is to suffer from starvation-induced madness due to an inbalanced economical structure that is floating. And in recent times it has been unexpectedly how hunger stole upon us so slowly that at first, we were not aware of what hunger really meant. Hunger had always been more or less at our elbows during our usual day-to-day activities, but now we have begun to wake up at night to find hunger standing at our bedside, staring at us gently. We once knew hunger, biting hunger, the hunger that made our body aimlessly restless, the hunger that kept us on the edge, that made our temper flare, hunger that made hate leap out of our hearts like a darts of a serpent’s tongue, the hunger that created in us odd cravings to stop it’s clamour. The hunger we had also known before this time had been no grim, hostile stranger; it had been a normal routine that had us to beg constantly for bread or crumbs of meals and we ate two or more and we’re satisfied but now that hunger cannot find even one meal a day. And as graduates and other citizens walk on the street with files in search of scarce jobs in order to still the clamour in their stomachs for food and returning without a job renders them useless and so by any means possible they try to still that hunger, they go to do strange and abominable things in order to find a solution to their greatest problem. After being rejected, what they have seen would alter there look of the world. It would trigger in them a temporary paralysis of will and impulse. As Nigeria has a growing young population—with the median age of 18.2, half of all Nigerians are youth 17 and under, more than 11 million people are unemployed, which is a time bomb. As millions migrate to Lagos, which in 1960 had just 200,000 people, the population reached 1.4 million in 1970, in 2020; it is expected to be 22 million. One study says that the population might be 30 million by 2040, with more people no jobs and no infrastructure in place to harbour them since government has failed to make other places more attractive by building ports and factories, the city that was once admired would one day be a disgusting and repulsive place to inhabit as a litany of governance woes seems to have fully appeared.

The future of this country is bleak, if not hopeless. T.R Malthus gloomy prediction that population would always grow faster than food, dooming mankind to unending poverty and hardship is already here with us. Nigeria has become the country with the highest number of children born per day 26,039 followed by Pakistan which is more than 16,000, this means that there is an almost ten thousand count gap, which symbolizes doom for us. And from 2018, 2019 and 2020 we would be adding 26 million people to our current population. This explains what E. Franklin Frazier aptly described as “into the city of destruction”. Nigeria has become a land of complete hopelessness and despondency, a land of thorns and thistles, that has made people see the reason that no matter the trauma of suffering and eventual death, they have to meander through the deserts or travel through the Mediterranean in search for green pastures outside their home. As our economy struggles to grow at 2.1 percent while the population increases at 2.6 percent making it difficult to survive. So, the current state of things have induced into some men unable to contain the emotional storm and trauma struck out at those who would be least likely to destroy them. They beat their wives and children, sometimes kill in other to protest economic, political and social injustice and the tragedy is that none of them (our leaders) understood why the violence exploded. There inability to adjust themselves to this poverty Nigeria has already shattered a part of the structure of there personalities and has broken down the inner barriers to crime; the only thing that now stand on there way is lack of opportunity which many have seen and taken already. Most young men and women who schooled abroad head back to there home country, full of a hazy notion that life could be lived with dignity, that the personalities of others should not be violated, that men should be able to confront other men without fear or shame, and if men were lucky in their living on earth that they might win some redeeming meaning for their having struggled and suffered here beneath the Sun and the Stars, soon they see a different outlook of there country. This country has lacked a self-sustained economy that can easily feed her people, but has become more and more of a borrower, as our leaders have fail to think outside the box.

Victor okechukwu is a student of the University of Nigeria, Nsukka. Can be reached at [email protected] .

The Hate Speech Bill is a National Embarrassment

Omotolaa��s Hellish Comment: When The Truth Has No Substitute

7 thoughts on “The troubles with being a Nigerian”