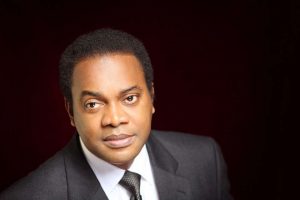 Expectedly, the launch of the Coalition for Nigeria Movement, shortly after former President Olusegun Obasanjo’s open letter to President Muhammadu Buhari, has elicited diverse commentaries. There is the excitement that something is, at last, happening in the polity that reverses the bore and replacing that with hope. There was also confusion and, of course, condemnation by a critical few. Good enough, still on another side of the divide, there are also those who proffer no ideas or solutions, but seemingly have the answers to all that should be right and wrong in our country.

I am, therefore, not writing this piece to convince anyone about the merits or otherwise of the coalition, it’s aims, objectives or its founders. No, my onerous concern is about the urgency of NOW! One thing we all can agree on, regardless of our diverse backgrounds , privileges or circumstances, is that we could do a lot better than we currently are accomplishing. We need no soothsayer to tell us that our nonchalance, selfishness and greed are eclipsing our collective future and thereby threatening our very own survival to an extent we can hardly fathom.

There are pessimists in our midst who endlessly criticize, yet do nothing, perhaps condemning us collectively to the point of irredeemability; yet there are others who hold the optimism and hope that somewhere, somehow, someone would rise up to lift the despair and desperate situation that Nigeria is deeply in today. That hope and optimism are what is propelling a tiny few who are ready to pick up the gauntlet and literally take the bull by the horns knowing that there must be a resolution, either in favour of him or the bull.

First, a caveat. I am not here to either burnish or attest to anyone’s character least of all that of Obasanjo. He is too well known and such a unique being that whatever one may say is perhaps a shade, indeed a slight shade of the man. There are those and there are many, including my humble self, that believe he ought to take a back seat in the polity and be the statesman that he rightly is; at least until things get awry, then we would appeal to his wisdom to marshal our collective complaints and speak on our behalf. Like many others, I also have personal axe too to grind. So for now, all this talk of Obasanjo’s involvement is diversionary. The kernel of our discourse is our collective existence.

The discourse today centres around women and youth participation in our politics. After all, their demographics easily account for 70% of the population. Have we, the so-called ruling class earnestly considered handing over the baton of leadership in the near future? Let us consider the recent PDP primaries, the same old guards dominated the scene. The average age of the aspirants was not less than 60 years going on to 70. Have we considered that a child born at the return to civil democratic rule in 1999 is a voter today and the one that was ten years old then is likely a parent and now saddled with concerns of the future of his or her offspring? The answer is an emphatic No, we haven’t.

At its last convention, the PDP lost an incredible opportunity to redefine itself. The party could have headhunted a breed of younger, urbane and forward-looking and aspiring leaders of both genders at a parity and accordingly rebranded itself as the new PDP. If it did that, it would have borrowed a leaf from the United Kingdom’s Labour Party of the 90s that was out of power for about 15years. What it did was that it rebranded itself as the new Labour, with a centrist manifesto and showcased new breed politicians by positioning the then dashing duo of Tony Blair and Gordon Brown. The optics was great. But for the PDP, no way. The dinosaurs, which are unable to breed, and also refusing to quit, extinguish the entire land. The APC fares no better. Hardly has it showed nor displayed any room nor scope of throwing up a fresh breathe of fresh air by injecting new blood to replace the gerontocrats.

The point is, there is nothing unique here, except that I was fortunate to be mentored; whereas, the bulk of our current young people are not consciously being politically mentored, thereby creating a huge lacuna in the leadership structure going forward. Without digressing too far, let me remind us that unmentored youth could be a lethal weapon. The bulk of the folks who orchestrated the 1966 pogrom were in their mid to late twenties. At that age, you are full of unbridled zeal and idealism, yet bereft of any institutional breeding or knowledge of history. The result was a fatal civil war. Catastrophically, we still deny ourselves the knowledge of history, so we seemingly are on the verge of repeating it.

Over the past couple of months, I have met with and spoken to dozens of young people about the importance of their participation in politics. The level of apathy and disenchantment is frightening. For every hundred urban youth, not more than 20% possess a voter’s card coupled with their alarming indifference that it doesn’t matter. Whereas European societies with older population are witnessing a surge in youth participation who go on to elect younger persons to office. But in Nigeria, the reverse is the case and indeed all of Africa harbouring a younger population. Until the recent forceful retirement of Mugabe, the average leadership age on the continent was about 75; it may have dropped to 65 with his departure and the coming on stage of Gambia’s Adama Barrow and Liberia’s George Weah. But then, are we not depriving ourselves of virility?

Muhammadu Buhari himself has admitted that age is a constraint to his performance in office, I needn’t say more.

But my message to young Nigerians is this: political power is never handed over as an inheritance. You plot and seek it as an entitlement. Our forebears in the First Republic did it to secure our freedom from the British. It’s not a moral obligation to handover and or step aside, you have to go for it or aggressively seek it. Between 1996 and 1999 when we assumed authority in Cross River State, we plotted with like minds to overthrow the status quo and they fought back; but with our numbers, careful and strategic calculations, we prevailed. Above all, we sought office for the right reasons. The society like many other things is dynamic and moves with the times. Today we can rightly distinguish one from the other simply by acknowledging which one is analogue and the other digital. The ways our fathers operated certainly cannot be the way we should, that would be stagnation and retrogression.

Every four years or so, there is so much vibes made of youth participation in politics, it’s an attractive sound bite; the difference this time, however, is that there is no longer time on our hands. Young people urgently need to get a grasp of the issues and appreciate that it is their future that is at stake. Participation from the ward to the federal levels is imperative. A young 27-year-old man has impressed me in this regard. His name is Bukunyi Olateru Olagbegi. Olagbegi is certainly not accepting the status quo of his peer group, so he goes about setting up a political party called the Modern Democratic Party (MDP) to create political space for himself and his cohorts. That is consciousness and activism and should be encouraged. We need more of his type in the political sphere to an extent that they can no longer be ignored.

Back to the Coalition for Nigeria Movement, if all it achieves is to rekindle and galvanize the entire strata of the population to becoming politically active, it would, in my opinion, be a huge success. In that quest, all hands ought to be on deck, the good and not so good, for the weight is great. I would be glad to see Presidents Buhari, Goodluck Jonathan, Obasanjo, Abdulsalami Abubakar and as far back to Yakubu Gowon join the movement. Let Obasanjo alone not enjoy the limelight of assuming the position of an all-knowing individual. More than anything else, their experiences ought to be brought to bear.

It is apathy that encourages the governing class to govern with contempt, with the belief that the electorate is too docile and disenchanted to scrutinize or have oversight of their performance. And this is largely true. That it takes someone who is over 80 years old to awaken us to the foibles of governance, perhaps through the experience of his own shortcomings, for me, regardless of his personal reasons, clearly shows that there is a vacuum somewhere that he wittingly fills. Should we on account of that begrudge him the role he is playing? For me, that is a firm NO. Rather, let us fill the gap that he recurringly exploits so expertly and adroitly by ensuring that the leadership no longer takes governance for granted, knowing there is an intolerant electorate out there. Then attention will be paid to job creation and not foreign exchange affordability, neither will herdsmen and farmers clash nor retaliating communities dare ransack land, maim, kill, and destroy property with reckless abandon without fear of repercussion from authorities.

Empathy and compassion will be the yardstick for governance and not crass display of insensitivity, hard-heartedness and high handedness. In the same vein, appointments to offices will reflect the diversity of the nation and IDP camps would not be the new horror chamber. Budgets will be presented and passed on time and there would be consequences for failure to perform in government.

We crave a new lease of life in a country where we will cease to live in fear of our personal safety and rather look out for the wellbeing of each other. There is no doubt that ours is a broken society and this is no time to sit back and criticize, no matter how self-satisfying and alluring it may be. Let us save that energy for things that are more vital and urgent.

Obasanjo is transient; Nigeria is certainly here for the long haul.

There is clearly an urgency of NOW!
*Donald Duke is former Governor of Cross River State

A�a Short Story: The Danger Of A Suit

11 thoughts on “The urgency of now, by Donald Duke”