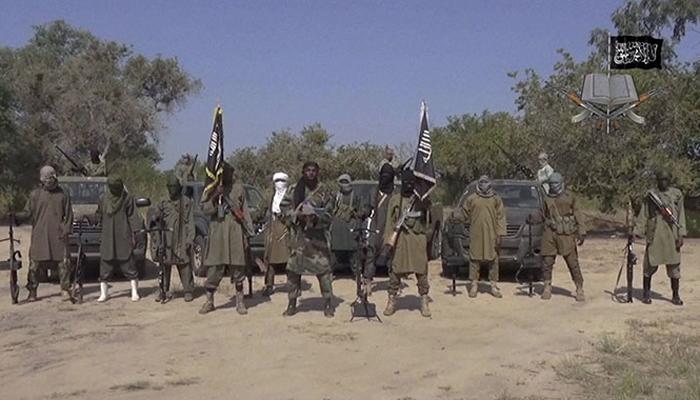 The history of the present generation may well be defined by the success or failure of the anti-terrorism efforts across the world. Since al-Qaeda first emerged in 1988 and subsequently carried out attacks on American soil in 2001, terrorism has taken center stage as its religious oriented versions spread across the globe. Taking back the world from the mindless savagery that is the hallmark of terrorists requires sincerity and focus. It also requires that differences are set aside to deal with what is proving to be a long-term threat to the survival of the human race.

In the Middle East, which can be considered as the cradle of humankind’s modern plague, foes and sworn enemies had been forced to close rank and fight a more existential threat by terror organizations like the Islamic State (ISIS – Daesh). It took the alliances forged among conflicting interest to finally rout ISIS terrorists that had declared a caliphate that they administered under the most barbaric of terms. The terrorists had grown to their strongest when these same parties had been at each other’s throats, which goes to prove that terrorism requires a divided society to thrive.

The situation in Nigeria requires such a turnaround of prevailing attitude on the part of all interested parties for the country to decisively defeeat terrorism on its soil. The global menace of terrorism manifests in Nigeria as al-Wilāya al-Islāmiyya Gharb Afrīqiyyah (Islamic State West Africa Province, ISWAP), which is better known as Boko Haram. There are other lesser known groups that nurse the ambition of growing to the level of notoriety attained by Boko Haram if permitted.

Tragically, much like the early days of fighting ISIS, when nations and world powers were divided on how to proceed, Nigeria’s war against terrorism has been largely crippled by factors that hand the advantage to terrorists. The early days of Boko Haram, when the terror group could have been nipped in the bud, were characterized by denial and blame trading. It was a period when those who should have done something were more interested in finding scapegoats and persons on who to pin a complex problem. The halfhearted approaches adopted at that time allowed Boko Haram to thrive and to commit acts of terror without hindrance.

The national awakening to the true evil nature of Boko Haram in recent years has fortunately been matched by a military that is committed to defending the country from terrorists. This development has seen genuine efforts to fight terrorism even amidst intractable problems that tend to defy solutions simply on account of the divisiveness that persists even in the face of the threat to the collective wellbeing. Instead of seeing Boko Haram and other terror groups as the enemies, Nigerians are being goaded into seeing the military as their enemy while inconsequential differences like religion and ethnicity are highlighted to an obscene degree.

It is remarkable that our patriotic military chiefs continue to give their best even in the face of these disincentives. Well before the progress made by the international coalition against ISIS, the Nigerian military and security agencies had made progress against Boko Haram and its affiliates. Several of the group’s senior commanders (amirs) have surrendered, been captured or killed. The military has also about one year ago flushed Boko Haram out of its operational base in Camp Zero, Sambisa Forest. Soldiers have also kept the terrorists out of the many towns and villages they have tried to recapture. These are achievements that speak to the commitment of the military getting the job done for which one should ordinarily commend their sacrifices but for the fact that it is a job they willingly signed up for.

Sadly, Abubakar Shekau, Boko Haram’s factional leader and commanders of a rival faction led by Abu Musab al-Barnawi, sometimes continue to issue messages to taunt Nigerians. For the unwary, such show of defiance by Boko Haram are misinterpreted as the group being hardy to an extent that it is able to dismay the Nigerian military. The reality is however that the ability of the terrorists to regroup each time they are decimated should alarm all law-abiding citizens. The group’s seeming resilience should raise questions about the nature of support it is getting to put up such defiance. This support unfortunately is from home and abroad, some unscrupulous Nigerians and their foreign collaborators.

There have been several reports about individuals, groups and organizations being closet supporters of Boko Haram. While it is up to the security agencies to figure out the veracity of the claims against such persons or groups, it falls on citizens to audit actions of certain individuals and establish the extent to which their activities support the terror group by strategically distracting the military forces that are fighting Boko Haram insurgents. These distractions are often packaged as well-intentioned interventions by activists and NGOs, which creates bandwagon effect as people are inclined to trust the positions expressed by these opinion molders.

The reality is however that the seeming interventions are unnecessary distractions by disgruntled elements to reverse recent gains made on the war against insurgency. Each time such activists criticize the military they undermine the counter-insurgency efforts. In many instances the damage done goes beyond the now as Nigeria’s foreign partners have sometimes referenced the activities of such activists as justifications for withholding military cooperation to Nigeria or to block crucial arms deals that would contribute to the anti-terror war efforts.

The recent attempt by some citizens masquerading to be social activists to pull down the institution of the military is therefore highly uncalled for and should have no place in our country as gains on the war against terrorism are evident for every Nigerian to appreciate. This position should not be misconstrued as circumventing the individual’s liberty to interrogate the handling of public institutions and issues. Everyone reserves the right to opinion and to make use of the media in publicizing same. Such intervention must however take place within the context of stimulating those in authority to sit up and be better accountable. The argument put in public space must be devoid of falsehood, vindictiveness, score settling and other qualities that could compromise critical national institutions as opposed to strengthening them.

It is worthy of note that those who deliberately manipulate facts for the purpose of sabotaging the military should be mindful that only a thin line demarcates what they see to be harmless mischief and commission of crimes.

The humble charge to critics of the military is that their intervention must be conducted in manners that do not jeopardize the security of Nigerians by compromising or obstructing the anti-terror war. This is even as we charge the military to not totally jettison the constructive comments by patriotic citizens who mean well for the country.

We must all learn from the decimation of ISIS in the Middle East where it took diverse interests burying their differences to make progress in the fight against terrorism. Coalescing the multiple interests jostling for relevance is important as even the schism in reviewing the progress made in the war could be exploited by Boko Haram towards its evil ends. It is time to do away with the distraction of the counter-terrorism war.

Agbese writes from the United Kingdom.

21 thoughts on “The War Against Insurgency and Unacceptable Distractions  ”