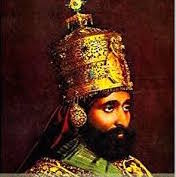 . This is chanting in its purest form. This is one of the greatest rootical ejaculatory chants. It is a powerful invocation prayer.

Drawing heavily from Davidic psalmic traditions (Ps. 82), ‘Poor and Needy’ by the roots group, Misty In Roots, is a prayerful, vocal, ejaculatory supplication to Jah (short for Jehovah) to act.

If the utterances out of a man’s mouth are powerful, what can we say about the Utterance of God – the Word of Jah.

God’s Word shows us the Way because God knows everything.

God’s Word is the Truth, because God cannot lie to himself. God has no need to lie to his own creation.

God’s Word is the Life because he gives life through creation to those he chooses to give Life to. God gave life to us, but he did not give life to stones or the elements. That life he gave to us will one day be taken back and we become dust once again.

God could have created the Universe by mere thought, but he felt the need to speak out. Who was he speaking to? He was speaking to Himself. This is an allusion to the Trinitarian Dimensions of God.

We know concretely that an object may have, x, y and z independent dimensions, but remains one body. Think of your GPS location as an example.

Your present location has 3 independent GPS dimensions with respect to the universal reference point, but you are still you.

The Word of God which apparently is one of the independent dimensions of God, cannot go forth without accomplishing God’s Purpose.

This is so because the Utterance, the Word of God is the expression of God’s Intent. It is also a statement of God’s Will.

The Word of God fulfills everything God Wills. The Word of God will annihilate injustice. He will bring justice to the afflicted and the needy. He will crush the unjust under his feet.

He was emphatic in saying ‘I AM…. ‘ If he was one of us who do not know whence we came, how we came about, or where we are going to after death, who or what would give him the temerity to say ‘I AM….’ ?

All fraudsters have an earthly purpose. Wealth, fame, power and glory. None of these purposes could be ascribed to Jah Jesu Christus.

If he was a fraudster, his claim would be invalidated after his shameful death on the Cross.

But what do we see?
Two thousand years after his death we see signs all around us that Jah Jesu Christus’ words and the Way, he established have been validated, even up to the four corners of the Earth.

If he was a fraudster, after his shameful death without being able to defend himself from his murderers, what would give his disciples the temerity to fearlessly give up their own lives in martyrdom for the sake of His Way, His Truth and His Life (destroyed on the Cross)?

Mark you they saw with their own eyes, how he was shamefully crucified on the Cross.

Tell you what?
They fearlessly gave up their lives in martyrdom because they saw the proof he said beforehand that he would produce after his death.

“Destroy this temple (the temple of his own body} and I WILL raise it up in three days.” he said when he was alive.

They saw him conquer death’s power by resurrecting himself after death – just as he foretold them he would.

There lies the PROOF.
It was buttressed by the reaction of his disciples, who initially got scattered out of fear.

What gave them the impetus to regroup and boldly proclaim Jah, Jesu Christus’ Way, but his physical resurrection which they saw with their own eyes?

Bredrins and sistrens, evil may abound around us, but be assured, that the Day of Jah, Jesus Christus, shall come about without fail for all mankind, whatever we may look like.

After all, all of humanity, we are ONE in Jah, Jesu Christus. Amen.

Harnessing The Potentials Of Aviation In Akwa Ibom :  The Task Before Akan Okon