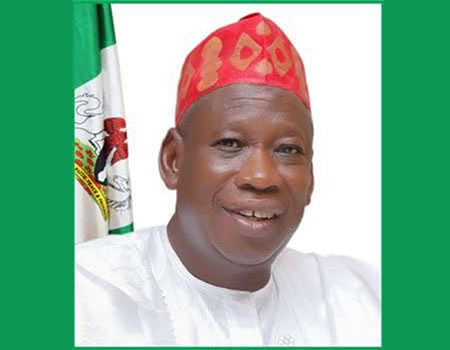 GOVERNOR of Kano state Abdullahi Ganduje said three million children are out of school in his state alone, stressing the need to curb Africa’s population explosion.

Speaking at Royal Institute of International Affairs, Chatham House, UK, Ganduje noted that, population explosion in Africa is a reality and education is not matching up with population growth.

“It seems we are comfortable with the population of Africa; that Africa will be highly populated and that would be an asset, and therefore we would conquer the world.

“The 10 most literate countries in Africa; Seychelles, Equatorial Guinea, South Africa, Sao Tome, Libya, Namibia, Mauritius, Cape Verde, Botswana, Swaziland, Zimbabwe — we all know that these are small countries.”The governor, a University of Ibadan alumnus, who gave his thoughts on the theme of the event “Higher Education and Demographic Growth in Africa” said the continent needs to engage in plans to improve infrastructure for the future, and also cut population.

“The way our discussion is going on, it seem that we are working on the assumption that literacy level will be directly proportional to literacy level. So, I think we better examine these issues very very seriously.

“Since the economy is weak, we will work on the infrastructural facilities no doubt, but we also have to control the other side. Otherwise, what is the meeting point?

In Nigeria, over 10.5 million children are out of school, according to UNESCO — and this is the highest anywhere in the world.

At 198 million in 2018, the United Nations projects that Nigeria’s population will double by 2050, to be the third most populous nation in the world, after only India and China. – The Nation