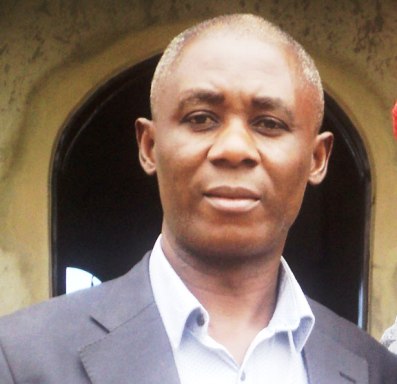 Nigeria has indeed degenerated into a killer nation. All you hear are people being killed here and there and unfortunately, the government appear helplessly overwhelmed and seemingly has given up. While herders and farmers are on the killing spree in Benue state and other parts of the country, the Nigerian government is strongly coming against the small and weak Ogoni people, trying to be a strong government against the peaceful while appearing helpless against those who take up arms against the state.

Between 1993 and 1999, over 4,000 Ogonis were killed by Nigerian security forces. It is still difficult for me to overcome the trauma that come with the memory of a man, native of Sogho in Khana local government area who was split into two by Major Paul Okuntimo’s bullets. The man committed no crime other than standing with MOSOP for civil rights.

Okuntimo’s mission was to crush the Movement for the Survival of the Ogoni People (MOSOP) and to force Shell’s return to Ogoniland to resume oil mining. Indeed, Okuntimo was extremely brutal leading to the death of over 4,000 people. Despite the vehemence of Okuntimo’s brutality, Ogonis remained defiant to insist on their God-given rights to a decent living and maintain that oil mining in the area should be negotiated and not forced on them.

Recently, the polluter and one of the killers, Shell Nigeria, a subsidiary of Shell international has applied to the federal government for a renewal of its mining lease in Ogoniland. Indeed, this act further confirms that Shell is neither responsible nor committed to its owning sayings. Shell had in 2001, before the Justice Oputa Commission that investigated human rights abuses in Nigeria during the military era pledged not to return to Ogoniland until the Ogoni people decide to allow oil production in the land.

But despite repeated rejection of Shell by the Ogonis, the company is now planning another round of killing by seeking to return to Ogoniland.

The fact is that the Ogoni people reject Shell and any other company whose interest is to engage in oil production in Ogoniland. We insist that our oil must be properly negotiated and not coercively taken through discriminatory legislation that only send us to death and enrich corrupt government officials and their allies.

We still hold Shell accountable for the killing of our people including the 1995 hanging of our leaders and therefore will not allow this killer company a place in Ogoniland. Shell is one of Ogonis greatest enemies and the company has never hidden its hatred.

Today, the death rate in Ogoni continues to rise as a result of years of living in a poisoned environment where even water is unsafe to drink. Shell is directly responsible for this. The company had attempted to contract some indigenous oil companies to develop the oilfields it abandoned years ago. The indigenous oil firms notably Belema Oil, NPDC (the drilling arm of state owned NNPC) and Robo Michael Limited have themselves proven to be even as corrupt and brutal as Shell itself.

In December 2017, Robo Michael used the Nigerian military to force its way into the Bori secretariat of MOSOP to hold a meeting. On the other hand, Belema Oil continues to bribe locals actors to support its bid for the Ogoni oil block.If a company will invite military tanks to hold a business meeting, what will be its response to a halt in production from community unrest? Your guess can be as good as mine.

While the Nigerian government is quite knowledgeable about the corruption and violations that has characterized the guest of indigenous firms to resume oil mining in Ogoni, no investigations have been commissioned into the activities of Belema Oil and Robo Michael, two Nigerian firms that have acted extremely dirty and irresponsibly in the Ogoni oil resumption saga.

The Movement for the Survival of the Ogoni People (MOSOP) has repeatedly denounced the conduct of Nigeria on the Ogoni issue. Indeed, Nigeria has never taken the rights of the Ogoni people into consideration.

It is appalling that Nigeria has shown this much disdain for civil rights. It is indeed shameful that after taken away over $81billion worth of oil from Ogoni in about 30 years, Nigeria consciencelessly rolls out state security forces against a simple demand for civil rights. Nigeria has corruptly shared Ogoni”s resources among its unproductive states but will consider the demand for s state from the Ogonis as unworthy, it wants to continuously deplete the status of the Ogonis and abuse her resources.

Very recently, our country, Nigeria, has taken a decision to build a cemetery and prison in Ogoniland. Ostensibly, Nigeria knows that attempts to resume oil production in Ogoni will be resisted and the government could have decided on a cemetery for mass graves where protestors will be buried and prisons that will be her torture centers.

But as Ken Saro-Wiwa would say, “Silence would be treason”. No matter the level of persecution, intimidation and attempts to subvert our genuine demands for self determination within the federal republic of Nigeria, we will never stop speaking out. We have been subjected to the most inhuman treatment by our own government, treated even worse than slaves and criminals in our own country but we want the world to hear us: Nigeria is at it again, attempting to resume oil production in Ogoni without proper consultations with the people and we know that as they will always do, their military is about to kill us massively again.

The Ogoni people must chose to continuously stand against this abuse and be ready to repeat the unprecedented feat of January 4, 1993 when over 300,000 people matched on the streets of Bori for civil rights. Then, we were about 500,000 people, today, we are over 1,200,000 and we must stand out to decide our own future.

We are Ogonis, a distinct ethnic group in Nigeria, richly endowed and we must function within Nigeria as Ogoni people. Our political rights to self determination cannot be compromised and we demand that right now!

We must also continue the peaceful approach for God is on our side, humanity is on our side and we urge the world not to stand with us. We simply want our rights respected as Ogoni people!

The writer, Fegalo Nsuke is the Publicity Secretary of the Movement for the Survival of the Ogoni People (MOSOP). He wrote from Port Harcourt, Nigeria

10 thoughts on “They Killed Saro-Wiwa and Others, Now They want to Kill All Ogonis”