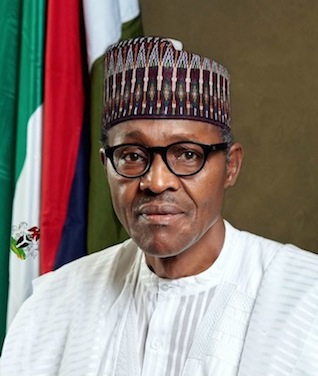 “There are risks and costs to action. But they are far less than the long range risks of comfortable inaction.”

“Those who would give up essential Liberty, to purchase a little temporary Safety, deserve neither Liberty nor Safety.”

Dateline – February 11, 2018. As I woke up this morning, I got a message from one of our revere leaders in YorA?bA? Nation. The message, not something one would have expected on a Sunday morning, but nevertheless, I got this message. I was confident that this elderly person, the way I have known him, must have considered the timing and its propriety before sending the message.

He must have been very enraged. His being a father and grandfather must have been egregiously violated. The milk of human kindness flowing in his veins must have belched with a high degree of contamination. His marrows of humaneness must have erupted with disgust and unbelief. He must have been excessively repulsed to the point that he felt the message must get to me. And quickly too.

It was gory. It was grody. It was grisly. It was grim. It was gross. It was ghastly. It was gruesome. It was hideous, heinous, horrible and horrid. My stomach turned. I visited the toilet. Then, I had a headache. In a corner of my head, I thought I heard a rhythm of Bata music. At the other corner, it sounded like a ricochet of an enlarged gong, riveting in its cacophony.

Sitting down, I held my head in my two palms. After few seconds, I raised up my head, and looked at the ceiling of this Hotel room, trying to read something out of its blankness, seeking for answers that I knew were not there. Once again, I stood up. I paced the room, trying to organize my thoughts. I tried to rein in my feelings. I sought cool headedness from the boiling ocean of this emotional discombobulation.

Then, I imagined. And imagined. I imagined the grief of this woman’s husband, if he has not been murdered by the same Fulani tribesmen. I imagined if he was still alive, how would he be feeling right now? What would be the state of his mind right now? Would he be crying? Or just shedding tears silently? What would the expectant grandparents be thinking now? Are they still alive? Or they have become victims of the Fulani tribesmen too? And if they are lucky to be alive, are they able to hold up?

This burning of a pregnant woman in Benue State by the Fulani tribesmen is just one of many egregious acts by them. This particular case occurred after the massacre of about 75 others just given a mass burial penultimate week or so. They are murdering infants. They are beheading the elderly. They are dismembering their victims. They exude odious audacity to even record their dastardly acts.

Meanwhile, President Mohammadu Buhari is protecting them, tacitly goading them to continue their murderous acts. They not only murder, they rape, maim, and burn while they ooze with undisguised and unrestrained racism. President Buhari who could send his Army after harmless IPOB has demonstrated unwillingness to do same with these Fulani herdsmen because they are his tribesmen.

Vice President Yemi Osinbajo is a Yoruba man. He had grown up in a culture where human life is a sanctity. Supposedly, a man of God, a Pastor. He is a lawyer, a Professor of Law to boot. The least you expect from a Pastor is honesty and fairness. The least you expect from a Professor of Law is to uphold the Rule of Law. This is not the place to begin to reproduce series of inanities that emanated from him in terms of quotable quotes.

For the Vice President Osinbajo, it is one thing to be spineless and a coward. Lack of courage to do the right thing could be aproned to a number of challenging variables. But must he publicly defend the perpetrators of murders, rapes, arson and maiming? He is even lying publicly on their behalf, to protect them! It would have been better if he didn’t say nothing than be on record for propping up falsehood and injustice.

We understand Buhari has always been bloodthirsty. He has never had any respect for human lives. Where there is no excuse to kill, he would manufacture one as he did in his murder of Ojuolape and company. This has been evident since his first coming in 1984. He doesn’t care about the lives of others. He has demonstrated this over and over that he doesn’t care except they’re Fulani.

Nigeria is already in a STATE OF WAR. This is because a state of war couldn’t be worse than this. Wanton murder on daily basis of women, children and others. Unmitigated acts of rapes and arson. Gleeful destruction of property all over the country. Permeating hunger, want and squalor across the land. Fear, insecurity and anger wherever you turn.

Burning of children and pregnant women. Murdering of toddlers and infants on the excuse that they are cattle rustlers? The Fulani murderers are not content with just killings, they dismember bodies, and even have the temerity to record them on videos and take their pictures. They come on media and audaciously admit to these acts and threaten more to come, follow through with their threats and Buhari continued to indulge them and some continue to defend Buhari.

All those who can speak out against this murderous Administration but are keeping silent are collaborators in the unfolding tragedy. They are complicit in the sufferings pervading the land. They are as culpable as MOHAMMADU BUHARI and his murderous tribesmen. They are as guilty as the security agencies who are giving cover and protection to these murderers, rapists, arsonists and racists.

Now, we know the real WAR MONGERS, because at a point there would be pay back. There would be resistance. There would be unrestrained application of the FIRST LAW OF NATURE, which is self preservation. I have said it repeatedly that we should allow our values to determine our politics and not allow our politics to determine our values because of situations like this. We are courting disaster by keeping silent on matters like this and giving excuses for Buharic Tyranny. It is very comparable to the Hitleric Germany. It is time not just to speak up, an end must be put to this.

It is time to remove Mohammadu Buhari and his collaborators from power. Remember the counseling of John F. Kennedy, “There are risks and costs to action. But they are far less than the long range risks of comfortable inaction.”

This can not continue to go on.

“In the long history of the world, only a few generations have been granted the role of defending freedom in its hour of maximum danger. I do not shrink from this responsibility – I welcome it.

That Buhari and Trump finally met

10 thoughts on “Time To Remove Buhari From Power”