You could have had an interest in someone for a long time now, and kept yourself single hoping they might be single soon too. Months or years go by, and you finally meet someone and give them a shot because you are tired of waiting on that other romantic interest to become single. Of course within a few months they end their relationship, and now you are in yours. Seems like the two of you cannot seem to get your timing right.

Sometimes it happens where two people in other relationships meet and want a relationship but neither of them is single!
Talk about really bad timing! 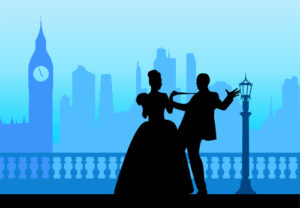 Timing in relationships is most often a cause for real frustration. You feel like the universe is playing a really bad joke on you. You know that saying “When it rains it pours?” Well that saying really applies in circumstances where you finally got into a relationship after their being slim pickings for a long time, yet now tons of people seem to be taking an interest in you. Never fails, does it?

When you are ready to give and receive love in a committed relationship, you may think the time is right for a relationship. Well, it is. However, just because you are ready, doesn’t mean that love and a relationship are right around the corner. It takes a long time in many cases to find a person on the same page as you, that wants the same things, that you are compatible with and that you find attractive. That is a rarer find than most would like to think.

You can find someone wrong for you everywhere, but someone to have a long-term, happy relationship is more elusive than the yeti sometimes. When the timing of a relationship seems to be moving too slowly, there really isn’t too much we can do to speed it up. When it is meant to happen, it will. The biggest mistake one can often make is to settle for the wrong relationship or lower your standards because you are lonely, or tired of waiting.

But another problem with timing in relationships is when they move to fast. It may seem romantic, but whirlwind romances usually end as abruptly as they started. Sure, some may work out, but most don’t. People involved in these situations do not often see the red flags because they aren’t seeing anything straight.

When someone wants to move a relationship too fast, you shouldn’t take it in a flattering way. You should be asking yourself “why are they rushing?” And no, the answer is not that you are really all that, because they don’t really know you enough yet to even know IF you are all that.

53 thoughts on “Timing in Relationships Can Be Really Difficult”