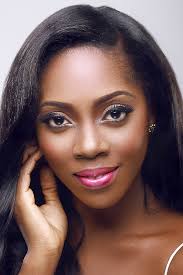 Life the old aphorism goes begins at 40 and so when one hits that milestone age the drums and carpets are rolled out to celebrate it. On the flipside a fool at 40 they say is a fool forever and so the age 40 is a highly significant one in the life of mortals.

Tiwa Savage one of the African continent’s biggest musical stars hit that age yesterday, February 5th and so it is imperative for us to dig deeper as to who she really is and appreciate her talents in its enrichment of the African music industry especially that of her nation, Nigeria.

She discovered her musical talents at the tender age of 11 when she and her family relocated to London and was a trombone player for her school’s orchestra band.

Her parents being rather traditional wanted her to have a safe career and so she was persuaded to study accounting at the University of Kent. After graduation she worked with the Royal Bank of Scotland. She got fed up with the drudgery of the bank job and wanted to explore her innate creativity. She did the unthinkable by quitting her high profile job and trusting in her instincts to have a breakthrough in the highly competitive music industry.

She did backup vocals for the likes of George Michaels, Andrea Bocelli, Mary J. Blige etc and enrolled at the Berklee College of Music graduating in 2007 where she bagged a degree in professional music.

In 2006 she participated in the UK edition of X factor and made it to the final 24 before being evicted.

She got her big break in 2009 at the age of 29 when she signed a deal with Sony/ATV Music Publishing. In music that age is relatively late. It was quite understandable for her as she was a woman of colour in a Caucasian dominated industry.

She took a leap of faith by moving back to Nigeria in 2012 when she noticed how big the industry had grown and she was clearly tired of being in the fringes in the UK. That move was a fortuitous one as she was immediately snapped by Collins Ajereh a.k.a Don Jazzy who signed her to his Mavin Records label. She was known as the Mavin Records First Lady and released a couple of hit songs most notably ‘kele kele move’, ‘Eminado’, ‘Love me’, ‘Without my heart’, ‘Ife wa gbona’, ‘Olorun mi’, ‘Folarin’, etc.

She has clearly come to stay as she is regarded as the biggest female music export from Nigeria at the moment as she has dominated the decade with the swagger of a Lioness.

She married her former manager, Tunji Balogun in 2014 with the union producing a son – Jamil. However, the marriage was short lived as her estranged hubby accused her of sleeping with Don Jazzy, Dr. Sid and Two Baba and nearly committed suicide before being rescued by Banky W on a major Lagos bridge. She told her own side of the story to popular former Thisday Journalist, Azuka Ogujiuba accusing him of being a drug addict.

She later did a collaboration with Beyonce on her hit ‘The Lion King: The Gift’ which also featured Mr. Eazi. She later signed up to Universal Music Group in 2019 and has continued to hold the music industry spell bound with her hit songs.

She has recently been rumoured to be in an affair with Ayodeji Balogun a.k.a Wizkid with the duo publicly being found in compromising positions. She has neither confirmed nor denied the affair and so her fans and the music pundits alike are said to be in a limbo as to whether the mother of one is now intimate with Wizkid who is ten years younger.

She has shown no signs of slowing down and her energy can be akin to the old wine or cake tasting better.

We celebrate with her as she marks the milestone year and hope that she continues to churn out more hits.

EXCLUSIVE: Naira Marley Was A Wanted Criminal In The UK In 2014

When you have S3x for Money, Remember the Value will drop Some Day…Actress, Naomi Nkechi Emmanuel