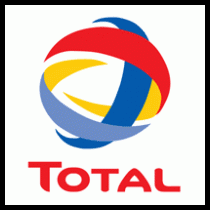 The Nigerian National Petroleum Corporation, NNPC, Total Upstream Nigeria Limited, TUPNI and her partners happily announce the arrival of the Egina Floating, Production, Storage and Offloading unit (FPSO) to the shores of Nigeria from South Korea.

The journey to Nigeria started on October 31, 2017. The FPSO which is 330-metres long berthed at the newly built (under the Egina project) 500-metre FPSO integration quayside at the SHI-MCI Yard, Ladol island, Lagos where the integration of locally fabricated modules a�� a first for Nigeria and in fact Africa- will take place over the next few months. The Egina field was discovered by TUPNI in 2003 within the Oil Mining Licence 130 (OML130), some 200 kilometres south of Port Harcourt, Nigeria. The field is being developed by TUPNI in partnership with NNPC, CNOOC, SAPETRO and PETROBRAS.

It will add 200,000 barrels per day to Nigeriaa��s oil production (approximately 10% of the countrya��s total oil production). Egina is the largest investment project currently on-going in the oil and gas sector in Nigeria. The project is expected to be completed in Q4 – 2018 within the initial budget of 16 Billion USD. The arrival of the FPSO in Lagos for integration of the 6 topside modules at the SHIMCI Yard before its final sail-away to the Egina field is a game changer as far as the execution of deep offshore oil & gas projects in the country is concerned.

In the course of the project several technological feats have been recorded by the various entities involved in the project, some of which include: The drilling rig, West Jupiter set two consecutive world records for the number of drilling days expended on drilling Egina wells. First when well B-W25 was drilled in 22.7 days and then when well B-W09 was drilled in 20.9 days. The UFR contractor, Saipem, successfully completed the installation of the first Production riser SHR COR 01 on 7th December 2017. This was the heaviest riser ever installed by Saipem in the companya��s history.

The most significant difference between Egina and the other deep offshore projects by Total in Nigeria is the level of local content on the project. Being the first project to be launched after the enactment of the Nigerian Oil & Gas Industry Content Development Act in 2010, the Egina project has by far the highest level of Nigerian content of any project in Nigeria.

While there has been a steady increase in the tonnage of project material fabricated in-country and the man-hours expended incountry from each project to the next, the most significant difference has been the integration of the six locally fabricated FPSO topside modules in-country. This is a first for the country and the African continent.

The Egina project is therefore a testimony to the fact that large deepwater projects can be developed with a very high level of in-country activities, thus fulfilling the aspirations and objectives of the Federal Government of Nigeria in terms of employment generation, capacity building and industrial capability development