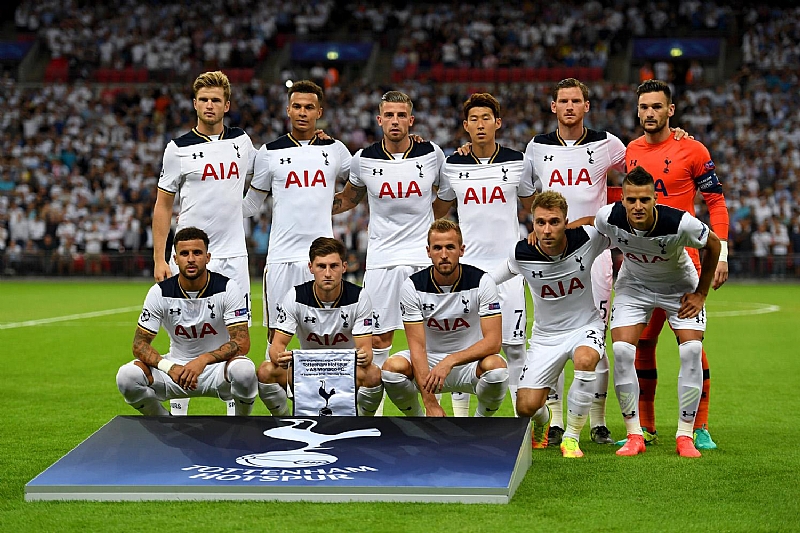 The First half ended goalless,with both teams trying to size each other up.

Harry Kane scored the only goal of the game in the 37th minute when he headed home Ben Davies’ Cross to give Spurs the maximum points which move them to the 3rd position on the Log.

“Harry Kane is not old fashioned, he is the present and the future,” said Pochettino after it was suggested that the winning goal was one typical of a centre-forward. “We are so proud that he is in our side.”

Petr Cech has now gone nine Premier League games without a clean sheet, his longest ever run in the competition.

Meanwhile, this is Arsenal’s longest run without a Premier League clean sheet (9 games) since a run of 11 ending in February 2002.

“It will be more difficult to finish in the top four but we have to fight for it,” a rueful Wenger reflected afterwards.

“The first goal was key and we conceded it. Kane made the difference, that’s what he’s about. I have seen the replay, it is no foul, just good centre-forward play. We can only look at ourselves.”

Aguero has scored in seven consecutive games at the Etihad Stadium in all competitions (14 goals) for the first time in his Manchester City career, including two hat-tricks in his last three games.

Vardy is the first ever player to score against each of Arsenal, Chelsea, Liverpool, Manchester City, Manchester United and Tottenham in the same Premier League season.

Swansea continued their resurgence with a 1-0 win over Burnley courtesy of Ki Seu Ming lone Strike.

West Ham beat Watford 2-0 at the Olympic Stadium goals from Chicharito and Arnautovic gave the Hammers the maximum points.

Stoke and Brighton played out a 1-1 draw at the Bet365 Stadium,James Izieqedo gave Brighton the lead in the first half before Shaqiri restored parity for Stoke to ensure the share of the spoils.

Everton beat Crystal Palace 3-1 courtesy of goals from Sigurdson,Niasse and Tom Davies,Milosevic scored Palace only goal of the match.

A total of seventeen goals were scored on Saturday.