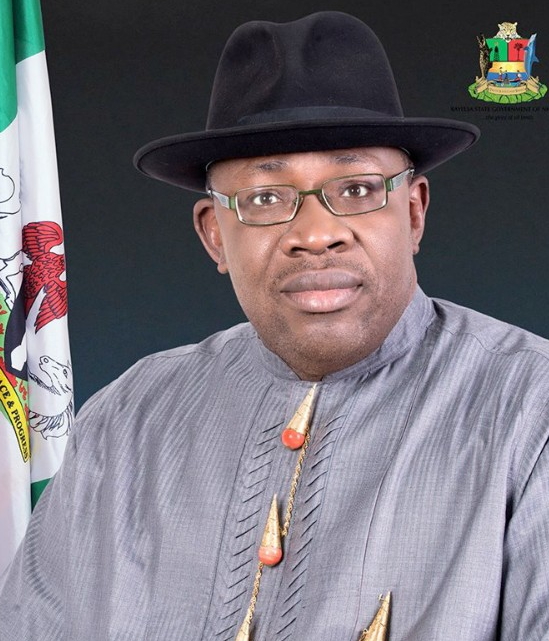 The administration provided a legal basis for transparency by causing the Bayelsa State Income and Expenditure Transparency Law, 2012 to be passed. The law has made it mandatory for the Governor to publish the income and expenditure of the State on a monthly basis. Local Government Chairmen were also saddled with the same responsibility.

The strategies adopted by the Restoration Administration were uncommon. Government conducted periodic staff verification exercises to weed out ghost workers to curb payroll fraud. This included the “No work, no pay” policy.

Further, government set up institutions to ensure contracts were awarded according to budgetary provisions. Not only was the e-Governance and Due Process Bureau re-organized, an open-budgeting system was entrenched. As the monthly Transparency Briefing has continued uninterrupted, the policy of zero tolerance for corruption has been enforced. The transparent practices of government have reinforced public trust and confidence in government.

The benefits of Governor Seriake Dickson’s policy on transparency are numerous. The wage bill has been reduced from N6.4 billion to N3.4 billion. The bureaucracy and its parastatals have been cleaned-up, with ghost workers weeded out. Payroll syndicates have been smashed.

These practices have freed-up monies for educational and infrastructural projects. Recently the Public Service Reforms associated with transparency have created job vacancies in the Civil Service.

Already the process of recruiting the 1,000 Staff is at its concluding stage. In his usual magnanimity, more than forty first-class graduates have been given automatic employment.

Transparency has also revamped peoples’ attitude to work. Work ethics have been entrenched and the Civil Service has become more vibrant and effective in service delivery.

Indeed, Governor Dickson has won more awards on transparency and good governance than any of his contemporaries. Governor Dickson also emerged the Vanguard Newspaper Governor of the year 2107. Sam Amuka-Chairman of the Vanguard Group listed good and purposeful leadership, transparency and developmental strides in the education, health, economy, Security and infrastructure as reasons for the award.

The leadership Group of Newspapers conferred an award on governor Dickson as the “Leadership Governor of the year” based on his developmental strides on free education, and infrastructural development.

The legacy of transparency bequeathed by the Restoration Administration has deepened the trust and legitimacy of stakeholders in Bayelsa State. Institutional corruption has been reduced to the barest minimum and with the openness in governance, Bayelsa State is better for it.

Governor Seriake Dickson of Bayelsa State was honoured with the Good Governance in Africa award by the Centre for Economic and Leadership Developments in recognition of his efforts at promoting good governance and accountability and the award was presented to the Governor at the 78th session of the State Executive Council Meeting by the Commissioner for Local Government Administration in September 7th 2107.

In October 2108, Governor Seriake Dickon also bagged the outstanding politician of the year award.All these are testimonials of achievements of a focused leader.

A Travelogue To Ijoto River

Where is Nnamdi kanu? By Tola Adeniyi

Southern Governors and the Demand for ‘True Federalism’