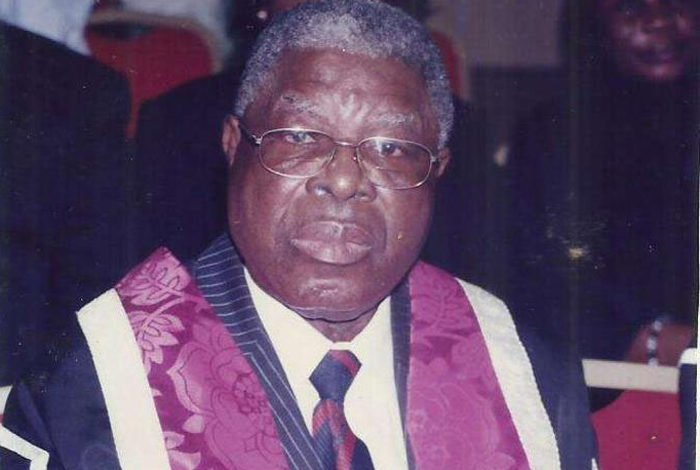 The late Prof Ayo Ajomo was a quintessential legal juggernaut whose legal knowledge many benefitted from in his lifetime.I personally benefitted a lot from his leadership, guide and wealth of experience in this legal profession of ours.He was a senior colleague for whom I had much respect.Without an iota of doubt, he was a moving encyclopedia of law who contributed his knowledge and expertise for the development of our country.

My acquaintance with late Professor Ajomo dates back to my days as Attorney General and Minister of Justice in Nigeria.As a matter of fact,I consulted with him on my taking the offer and assumption of office as the chief legal officer of our dear country,Nigeria. And his professional advice paid off from time to time.At a point in time when I needed special assistants to support and work close to me in the Ministry of Justice,he was instrumental in the appointment of the two gentlemen namely current vice president of Nigeria in person of Prof. Yemi Osinbajo and Awa Kalu who both served deligently and meritoriously under me. As we can see today,both gentlemen have attained the pinnacle of the law profession and career.

I recall that while many of my friends and acquaintances would circumanbulate my office as Attorney General and Minister of Justice for contracts and all forms personal favours,Prof Ajomo singled out himself by usually and constantly proffering professional counsel to me for the success of that office.This stellar quality distinguished him from many in my estimation of his personality.

The mutual relationship between Prof Ajomo and myself blossomed throughout my six years,three months,six weeks, three days and one and a half hours as Minister of Justice.He was a pillar of support to me as he was also instrumental in my elevation to the International Court of Justice (ICJ),Hague as a judge.

My relationship with Prof Ajomo transcended official as well as professional as this was visible on many occasions of importance.Our relationship also went personal as he knew all my children and was always encouraging them on their careers while also showering them with cash gifts.And most remarkably, I must admit here that my connection to academia especially in the field of law was made profound by this evergreen Professor who had served as Director general of the Nigerian Institute of Advanced Legal Studies, NIALS. This is evident in my conferment with the Fellow of the Institute (FNIALS) which I so much cherish as one of my acronym titles.

Prof Michael Ayo Ajomo was fairly open and widely exposed.He abhored materialism and largely embraced intellectualism.He was a good time manager who abundantly invested his time in productive thinking.The sustenance of my long term relationship with him was pedestalled on hardwork,honesty,dedication and resilience.Every moment,minute or hour spent with Prof Ajomo was great achievement.

Prof Ajomo abhored corruption as he detested covetousness.He also loathed piling up of worldly possessions.These qualities so much attracted me to him because Prof Ajomo during his lifetime, was always worried that many of our colleagues who could afford to spend their wealth on productive investment like myself did so on mundane things.

He was a friend of Crescent University,Abeokuta which I founded in 2005 and was always present at our academic functions. Even at a stage when his age and health could have discouraged him from attending public functions,he made it a point of duty to fully be present at our august events.

May his soul rest in peace.

Being the text of a speech delivered by His Excellency Judge Bola A. Ajibola,SAN,KBE,LLD,DLitt,FNIALS,FCIArb,CFR,in honour of Late Prof. Ayo Ajomo at the Nigerian Institute of Advanced Legal Studies,UNILAG,Lagos on the 2nd May, 2018