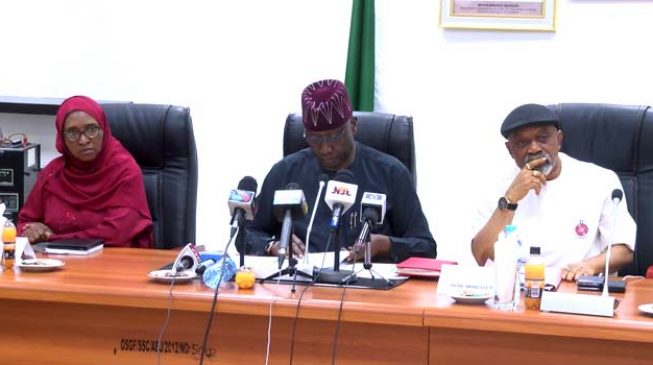 The tripartite committee on new minimum wage has rescheduled sitting for 10pm, as the earlier meeting ended in stalemet.

Committee Chairman, Amma Pepple, told journalists that the meeting arrived at two figures: N24000 and N30000 to be sent to President Muhammadu Buhari.

He added that the two figures would be submitted to the President as no consensus had been reached.

Addressing newsmen after adjourning the meeting for two hours, its Chairman, Ama Pepple and Labour Minister, Chris Ngige said two figures N24,000 and N30000 will be sent to President Muhammadu Buhari at the end of the meeting.

Ngige said the meeting adjourned to get Buhari’s nod to the agreement. The government side is hopeful organised labour will put off it’s scheduled nationwide strike but none of the labour leaders spoke on the development.

The meeting is expected to reconvene at 10pm, TVC reports.

Over 800 APC members defect to PDP