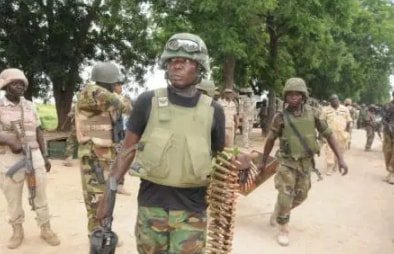 Colonel Onyema Nwachukwu, Deputy Director Public Relations, Theatre Command Operation Lafiya Dole in a statement Saturday said the suicide bombers had used the cover of darkness to stalk the military camp at about 9.45 pm, but were promptly detected by the vigilant troops who engaged them when they refused to comply with the order to halt.

One of the suicide vests detonated immediately killing the two suicide bombers while the second suicide vest failed to detonate.

Cannabis Worth N160m Intercepted By Customs In Oyo