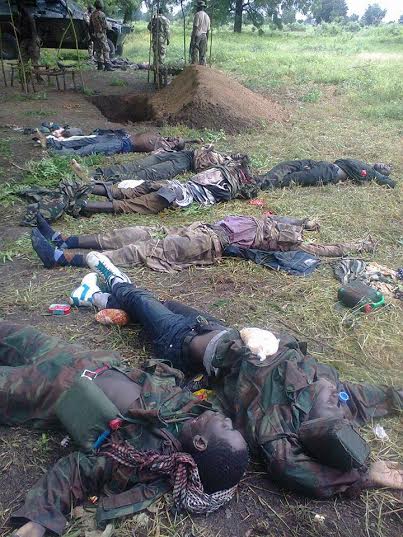 Brigadier General Sami Kukasheka Usman, the Director Army Public Relations in a statement said during the search on the hideout before destruction, the troops recovered 3 pieces of 36 Hand Grenade, 4 Dane Guns, and 26 rounds of Anti-Aircraft ammunition. They also recovered 3 Gas Cylinders and a set of Bow and Arrows.

The gallant patrol team also rescued 3 women at Boskoro who were later handed over to the Internally Displaced Persons camp officials at Dikwa.

The Commendation was relayed to them by the Acting General Officer Commanding 7 Division and Commander Sector 1, Operation LAFIYA DOLE, Brigadier General Bulama Biu.

He further enjoined them to be more daring and clear any suspected Boko Haram terrorists hideout.