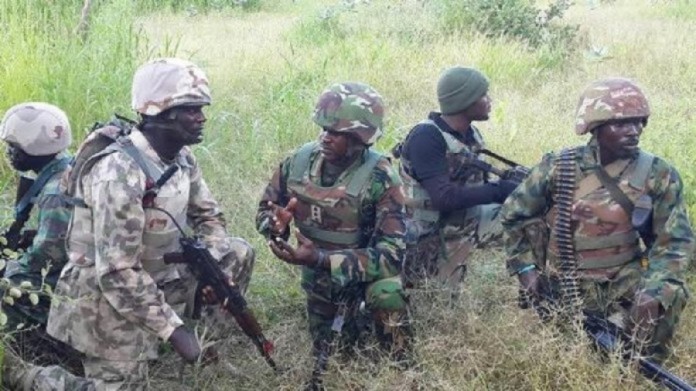 Operation Lafiya Dole troops in a Joint Counter Insurgency Operation with Cameroonian Defence Forces and the Civilian Joint Task Force in the northern hinterlands of Borno State on Thursday over ran a Boko Haram hide out in Bukar Maryam and Abaganaram villages of Borno state.

The gallant troops overpowered the insurgents, killing two of them and capturing 11 men after a fierce fire fight, during an operation to clear the surrounding villages of fleeing Boko Haram terrorists.

Other logistics, including three motorcycles, one power generating set, a tool box, a pair of Camouflage, one military-type belt and one Boko Haram flag were also captured from the routed insurgents by the troops.

The vigilant troops made the discovery during a Counter IED operation sweeping the general area of IEDs. The IEDs have been safely detonated by the EOD team.