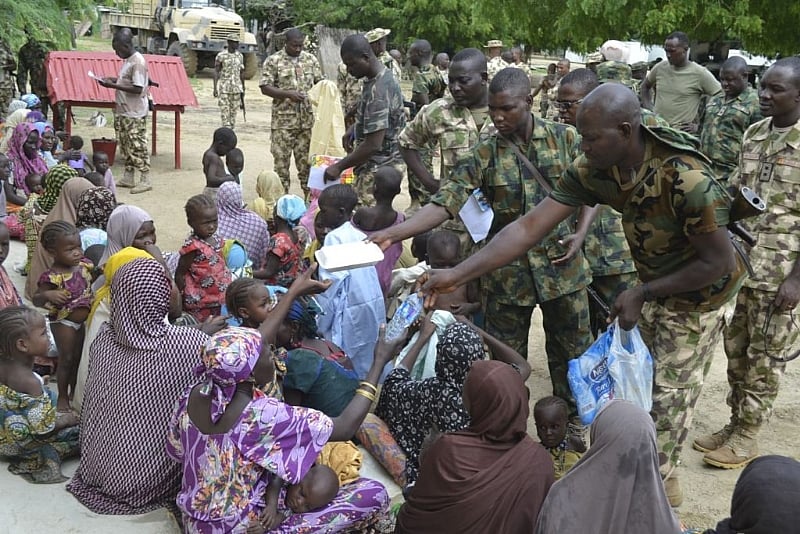 The Army Director of Public Relations, Brigadier General Texas Chukwu, Monday in a statement said the operation was conducted in conjunction with the Multinational Joint Task Force (MNJTF) which led to the rescue of the hostages comprising women, children and adults.

The statement also reiterated the resolve of the Nigerian Army to wipe out Boko Haram insurgents in the country and rescue all hostages in the captivity of the terrorists.

According to the statement, “one of the rescued victims, Alhaji Gambo Gulumba from Amchaka village, thanked the Nigerian military for showing them love and care.”

The statement added that the rescued persons were being attended to in a military medical facility, and called on members of the public to report any suspicious character to the appropriate authority for prompt action.

EFCC Invites Ambassador Oke, Others For Questioning Over $43.4m Cash