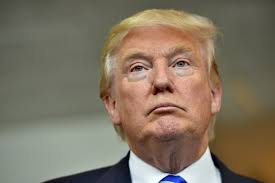 President Donald Trump will sign an executive order on Tuesday to undo a slew of Obama-era climate change regulations.

This is a critical element in helping the United States meet its commitments to a global climate change accord agreed by nearly 200 countries in Paris in December 2015.

It will also rescind a ban on coal leasing on federal lands, reverse rules to curb methane emissions from oil and gas production, and reduce the weight of climate change in federal agencies’ assessments of new regulations.

“We’re going to go in a different direction,” a senior White House official told reporters ahead of Tuesday’s order.

“The previous administration devalued workers with their policies. We can protect the environment while providing people with work.”

The wide-ranging order is the boldest yet in Trump’s broader push to cut environmental regulation to revive the oil and gas drilling and coal mining industries, a promise he made repeatedly during his campaign for the presidency.

“I cannot tell you how many jobs the executive order is going to create but I can tell you that it provides confidence in this administration’s commitment to the coal industry,” Kentucky Coal Association president Tyler White told Reuters.

Environmental groups have promised to challenge the orders.

“These actions are an assault on American values and they endanger the health, safety and prosperity of every American,” said billionaire environmental activist Tom Steyer, the head of activist group NextGen Climate.

Green group Earthjustice said it will fight the order both in and out of court.

Trump campaigned on a promise to sweep aside green regulations he said hurt the economy, and vowed to pull the United States out of the Paris climate accord.

Since being elected, however, he has been mum on the Paris deal and the executive order does not address it.

The White House official said Trump’s administration was discussing its approach to the accord, meant to limit the planet’s warming by reducing carbon emissions.

The order will direct the EPA to start a formal “review” process to undo the Clean Power Plan, which was introduced by Obama in 2014 but has never been implemented in part because of legal challenges brought by Republican states.

The review is likely to trigger legal challenges by environmental groups and some state attorneys general that could last years.

The Clean Power Plan would have required states to collectively cut carbon emissions from power plants by 32 percent below 2005 levels by 2030.