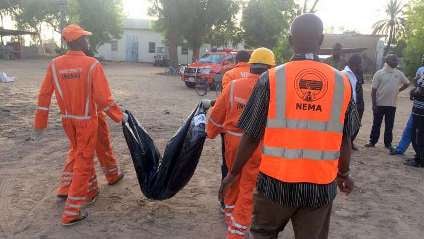 The Borno State Police Command has confirmed that two female suicide bombers attempted to enter Giwa Military Barracks to detonate their EIDs but they were intercepted by armed security operatives on duty and the suicide bombers hurriedly detonated their EIDs killing themselves and injuring about 9 other people Wednesday night.

A statement issued by the PPRO DSP Joseph Kwaji Thursday made available to newsmen read, “On 14/03/2018 at about 2025 hrs. Two Female suicide bombers in an attempt to infiltrate into Alikaramanti area, after Giwa Barracks were intercepted by security operatives on duty, thereby hurriedly detonated the IED strapped to their bodies killing themselves and injuring Nine others.

” EOD have rendered the area safe while Corpses and injured victims evacuated to the hospital. Normalcy is restored, Dsp Joseph Kwaji”.