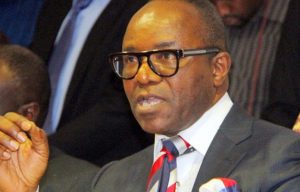 TWO modular refineries in the Niger Delta will commence operations in the next one year, the Federal Government announced on Wednesday.

It also stated that a directive was issued recently for the release of funds for the clean-up of the oil polluted area of Ogoni in the Niger Delta.

The Minister of State for Petroleum Resources, Ibe Kachikwu, disclosed these in a podcast that was made available to our correspondent in Abuja.

“We came up with the concept of what to do with the illegal refining that was going on in the region and we developed the modular refinery concept. To date, we’ve targeted development and have approved 10 of those; two are basically on land and are under construction, and hopefully within the next one year, we will be able to deliver real results. We are also pushing for the other eight,” Kachikwu said.

He stated that his team had visited the two modular refineries that were on ground, adding that “the additional eight are basically getting ready for completion and financing.”

The minister stated that following several attacks on oil facilities in the Niger Delta for a period of about 10 months, crude oil production dropped to as low as 800,000 barrels per day when the current administration came on board.

Kachikwu, however, noted that after series of engagements with leaders and different groups in the region, militants in the Niger Delta observed series of ceasefires, a development that led to the rise in crude oil production to about 2.2 million bpd.

He also stated that inter-agency researches had shown that over $40bn had gone into the Niger Delta in a period of 15 years without commensurate development in the area.

In a bid to develop capacities in the Niger Delta and ensure the adequate use of funds invested in the region, the minister said the Federal Government had to set up state technical committees in three states of the region.

Kachikwu stated, “I have gone ahead to set up state technical committees. And the whole idea is to look at what oil is produced in a state, what volumes are available, what opportunities for economic empowerment are there and what are the burning issues in those areas.

“These technical committees have been launched in three states, Edo, Delta and Imo, and we are looking to complete that whole process.”

On Ogoni clean-up, the minister said he just directed the Nigerian National Petroleum Corporation and other oil companies to release funds for the commencement of the exercise in a short period of time.

Kachikwu added, “We are working with the Ministry of Environment to continue the Ogoni clean-up. I’ve just directed that funds necessary for this must be released within a very short period of time so that this Ogoni clean-up can actually move from the drawing board to actual practical realities.

“And I’ve called both the NNPC and other oil companies to fund it sufficiently for us to move forward.” – Punch